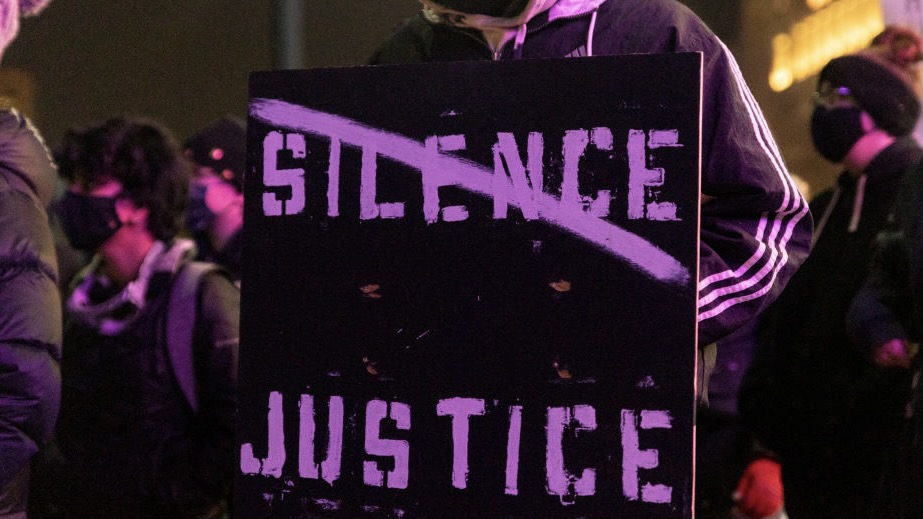 Democrats and members of the legacy media proved this week that in order to push through their agenda, they must have an ongoing crisis. What they fail to realize is that by doing so, they’re only further damaging their credibility, eroding what little trust the American public still has in them.

The Left’s response to the verdict was sadly telling, with politicians and media figures rattling off their pre-packaged talking points.

Instead of the end result being unity after the conclusion of a devastating situation that most Americans agreed was a terrible tragedy, the response of the Left and the establishment media was, predictably, more division.

Speaker of the House Nancy Pelosi thanked George Floyd for his death, saying, “So again, thank you, George Floyd, for sacrificing your life for justice, for being there to call out to your mom … How heartbreaking was that, call out for your mom, ‘I can’t breathe’? Because of you and because of thousands, millions of people around the world, who came out for justice, your name will always be synonymous with justice.”

Representative Alexandria Ocasio-Cortez (D-NY) said that the verdict was “not justice.”

“It’s not justice because justice is George Floyd going home tonight to be with his family. Justice is Adam Toldeo getting tucked in by his mom tonight.”

“Justice is when you’re pulled over, there not being a gun that’s part of that interaction because you have a headlight out,” she added. “Justice is your school system not having or being part of a school-to-prison pipeline. Justice is a municipality and a government that does not – because it trickles down, right? – that does not value military and armaments more than it values health care and education and housing.”

MSNBC’s Jason Johnson said he was not happy with the outcome, either. “I actually always thought that he would be found guilty because it’s sort of a cultural wake-up call but I’m not happy. I’m not pleased. I don’t have any sense of satisfaction. I don’t think this is the system working,” Johnson explained. “I don’t think this is a good thing.”

“It makes me upset all the more that we didn’t have this for Breonna Taylor. It makes me concerned about what’s going to happen in the trial for Ahmaud Arbery,” he said. “So no, this isn’t the system working. This is a make-up call. This is the justice system trying to say, ‘Hey, this is one bad apple.’”

Rep. Maxine Waters (D-CA) traveled to Minneapolis in advance of the verdict and received criticism from both sides when she appeared to incite violence ahead of the verdict. According to Fox News, after the verdict was announced, Waters said, “You know someone said it better than me: I’m not celebrating, I’m relieved.”

Minnesota Attorney General Keith Ellison said that the verdict was not justice. “I would not call today’s verdict justice, however, because justice implies true restoration. But it is accountability, which is the first step toward justice.”

From the many negative reactions of members of the Left, it seems as if they did not get the result they wanted. But, they did — they just wanted to add some fuel to the fire, too, when the verdict threatened to douse it. Instead of rejoicing that the process was successful in bringing someone to justice who they believed to be guilty, they instead pushed for more to be done to alter the system. Their response was part of a larger attempt to prolong the crisis, because without a problem to fix, they could not capitalize on the emotions of people who genuinely want to fix something.

Their disingenuousness became even more telling soon after the verdict was announced when a police officer in Ohio shot and killed a young black girl who was allegedly trying to attack another black girl with a knife. The police officer might have saved one of the girl’s lives in the encounter, but the media and left-wing Democrats jumped on the narrative, saying that the cop was in the wrong.

Logical, thoughtful human beings can look at the evidence in the George Floyd case and come to differing conclusions, but when people have the same reaction to every circumstance, their motives are rightfully questioned.

People on different sides of the aisle came together over the George Floyd case — whether or not they agreed with the verdict. Senator Tim Scott (R-SC) released a statement on the Chauvin verdict, saying he agreed with the jury’s conclusion. However, he said that to “deny the progress we’ve made is just as damaging as not making progress at all.”

“While this outcome should give us renewed confidence in the integrity of our justice system, we know there is more work to be done to ensure the bad apples do not define all officers—the vast majority of whom put on the uniform each day with integrity and servant hearts,” he added.

Many Democrats have sincere motives to create a better world, but when they push for such changes in the midst of a crisis — and refuse to celebrate when the crisis ends in the result they wanted — they lose credibility. They should take a page out of Senator Scott’s book and genuinely respond to situations with authenticity, acknowledging when they achieve a victory and vowing to go on when they do not. It is unlikely that they will change their ways, however, because if there is no crisis, there is no opportunity to overreach.

0 20
Exclusive — Mike Cernovich: Attempts to 'Hoax the Country into War' Are Failing, 'Nobody Cares' About Ukraine

0 23
The List Gets Longer: All The Ways Hillary & The Government Spied On Trump