When the FBI executed a raid on the home of former President Donald Trump, who happens to be the most popular political leader in America, the “get Trump” crowd was overjoyed.

Democrat Speaker of the House Nancy Pelosi, Miles Taylor (the “anonymous” author who pretended to be a senior Trump aide), Clinton-era Secretary of Labor Robert Reich, even Republican Sen. Lindsey Graham, and many others all gave the same justification for the FBI’s actions that they gave for Trump’s first and second impeachments: “No one is above the law, not even a president of the United States.”

Yet, a majority of Americans know that’s categorically untrue. That’s why so many of them rejected Attorney General Merrick Garland and FBI Director Christopher Wray’s scolding of anyone who dared question their credibility following the raid.

But while the FBI and DOJ have busied themselves with targeting Trump and his aides, colluding with the National School Boards Association to silence concerned parents, concocting entrapment schemes masquerading as plots to kidnap Michigan Gov. Gretchen Whitmer, and chasing down election integrity supporters at the Capitol on Jan. 6, 2021, plenty of real criminals and security threats have gotten away scot-free. That’s no accident.

Here is everyone who Democrats and their bureaucrat buddies have deemed “above the law” and unworthy of proper investigation and prosecution.

A president avoiding paying hundreds of thousands of dollars in taxes seems like the kind of thing federal agencies, including the recently financially invigorated Internal Revenue Service, should explore. Yet Biden, who hasn’t explained millions of dollars of his recorded income, and First Lady Jill Biden together reportedly dodged about $517,000 in Medicare and Obamacare taxes between 2017 and 2020 without scrutiny.

The president’s son isn’t just a walking liability for the Biden family name, he’s a glaring national security threat with a long, infamous history of using illicit drugs, engaging in possibly criminal sexual escapades with foreign women, and selling access to his dad under the guise of doing business with foreign oligarchs.

Besides all this and his reckless handling of a lost gun in 2018 — which, against normal protocol, the Secret Service reportedly helped him cover up — Hunter likely lied on federal forms about his drug use to purchase that gun, a felony, with barely a whisper of punishment.

Hillary Clinton and her staff mishandled highly classified information, which resulted in at least 91 security violations. The FBI, of course, never raided Clinton’s house over her rogue server despite the crimes committed to cover it up. Instead, as Sen. Chuck Grassley put it, the FBI “inexplicably agreed to destroy [Clinton staffers Cheryl Mills and Heather Samuelson’s] laptops knowing that the contents were the subject of Congressional subpoenas and preservation letters.”

4. Everyone Involved in Benghazi

Speaking of Clinton, why wasn’t she or any other Obama-era bureaucrat who was responsible for abandoning four Americans in Benghazi, Libya, where they were murdered by terrorists, punished for trying to cover up the fatal scandal?

U.S. Customs and Border Protection has apprehended roughly 3.5 million illegal border crossers since Biden assumed office, but those migrants are rarely punished for violating the law.

Instead of addressing how the compromised border is fostering an environment ripe for trafficking and other crimes, the Biden administration along with the FBI and DOJ have brushed off concerns about illegal immigration. Apparently, it is more important to go after American citizens than prosecute potentially dangerous foreign ones.

6. Gavin Newsom and Every Other Dem Who Partied While Americans Suffered Lockdowns

Dozens of Democrats including California Gov. Gavin Newsom, Pelosi, and New York City Mayor Bill de Blasio were caught violating their own Covid-19 lockdown rules. If Democrats cared about rule of law so much, why did these politicians escape accountability?

During the summer of 2020, rioters looted, burned, and destroyed more than $2 billion worth of private and federal property. Some of those who were caught were bailed out by Kamala Harris and her allies and let off the hook by the federal government. The rioters who weren’t caught can live comfortably knowing that the DOJ is too busy trying to track down potential J6 offenders to prosecute them.

In October 2021, rowdy climate rioters stormed the Department of the Interior, physically fought with police, and vandalized a building. Several officers were even injured, but I don’t see the rioters’ faces plastered all over an FBI tip line website nor an illegitimate congressional committee dedicated to their downfall.

It took 44 days after attacks on dozens of pregnancy centers, churches, and pro-life organizations began for the FBI to tell The Federalist that it would investigate the firebombings. Two months after the agency reportedly started its search into the criminal activity, neither the FBI nor DOJ has announced charges against the vandals, including a mysterious anarchist-connected group called Jane’s Revenge, which took responsibility for some of the destruction.

10. Everyone Else Who Threatened SCOTUS over Dobbs

Shortly after a leak revealed that the Supreme Court planned to strike down Roe v. Wade, leftists called for violence against the Republican-nominated justices. While the Biden administration and DOJ stood idly by, some even said the court should burn to the ground. It took until a man was caught attempting to assassinate Justice Brett Kavanaugh, one of Garland’s former colleagues, for the DOJ to respond to Republican Sen. Marco Rubio’s questions about whether the agency planned to prosecute anyone touting the “ongoing, coordinated campaign of intimidation against the majority of the justices on the Supreme Court.” Even then, nothing came of the DOJ’s words.

Suspected insider trading deserves at least a second glance by federal investigators, but it looks like, so far, Nancy Pelosi and her husband Paul have gotten away with conveniently timing their stock purchases and sales to massively grow their wealth.

Epstein and his co-conspirator Ghislaine Maxwell were both convicted of trafficking children for sex, but the list of their clients is still reportedly harbored by the DOJ, something lamented by many including Elon Musk. Of those names that have surfaced from Epstein’s “little black book,” few have been prosecuted and convicted for their involvement in the sex-trafficking ring.

Marc Elias has repeatedly tried to undermine U.S. elections, something the FBI loves to spy on Americans for. Elias has such a reputation for meddling and manipulating elections that even a federal judge reprimanded him for it. Unlike Douglass Mackey, who was charged by the DOJ for posting a meme encouraging Hillary voters to “text” their votes, however, Elias has not faced any charges or unannounced raids.

Gen. Mark Milley, the chairman of the Joint Chiefs of Staff, undermined Trump by having secret conversations with known U.S. enemy communist China. In those covert calls, Milley promised to warn China if the U.S. ever decided to attack. Talk about a national security threat that deserves some attention from federal law enforcement.

Speaking of communist China, Democrat Rep. Eric Swalwell canoodling with a known spy for the nation’s No. 1 enemy seems like a pretty serious offense. Instead of a member of the House Intelligence Committee facing consequences for giving foreign spies access to key U.S. government offices and information, Swalwell is still comfortably rage-tweeting about Trump and MAGA supporters and appearing as a guest on corrupt corporate media programs.

The National Security Agency deserved to be disbanded over its wiretapping scandal, but it’s still spying on Americans such as Fox News host Tucker Carlson with no reprimand.

Former Attorney General Eric Holder misled Congress during its investigation of the Obama-era “Fast and Furious” gun-running scandal, which used taxpayer dollars to put guns into the hands of Mexican drug lords. Holder was held in contempt, but that’s pretty much the only punishment he received for intentionally dodging subpoenas and hiding documents from congressional oversight.

President Barack Obama’s National Security Adviser Susan Rice unmasked members of the Trump transition team and then lied about it. Unmasking may be a legitimate and legal process for those with the authority, but covering up an attempt to target the political enemies of the regime is an abuse of power that deserves examination.

Instead, it was yet another action U.S. intelligence agencies exploited to justify spying on American citizens.

19. All the Russia Hoaxers

There were plenty of people in the DOJ and FBI who broke the law when they lied on official documents and to other officials to advance the Russia-collusion hoax. Yet, FBI Director Christopher Wray admitted during a Senate Judiciary Committee hearing in early August that so far, none of the FBI agents involved in the SpyGate scandal against Trump have faced serious consequences.

Similarly, despite lying about why he was supplying information about a supposed link between Trump and the Russia-based Alfa Bank to the FBI, former Clinton campaign attorney Michael Sussmann was acquitted and let go without consequence.

The same people who control the enforcement of the law, who love lording “no one is above the law” over Americans, are the ones who think they are above any semblance of oversight or law or constitutionality.

That’s why the FBI has skirted any of Congress’s attempts at oversight even though it has a long history of botched and politicized investigations, sometimes authorized on falsified information.

Instead of investigating and prosecuting real crimes, the FBI and DOJ have chosen to shame Americans who have called out the corruption and politicization that clearly drives their agencies’ actions. That’s a deliberate decision, but also a disastrous one.

Rule of law is one thing that sets the United States apart as a bastion of freedom, but when the government fails to uphold it properly, as the list details, the nation is in crisis and on the verge of falling apart.

All copyrights and legal uses attributed to content are located at the article origination: The Bongino Report On the Democrats' B.S. "No One Is Above the Law" Schtick 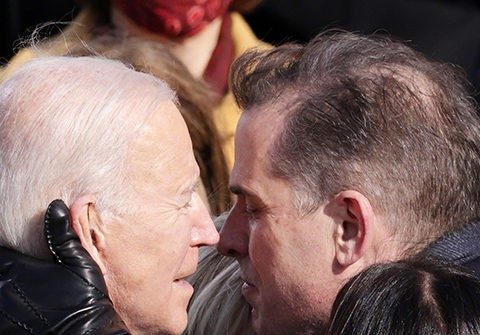 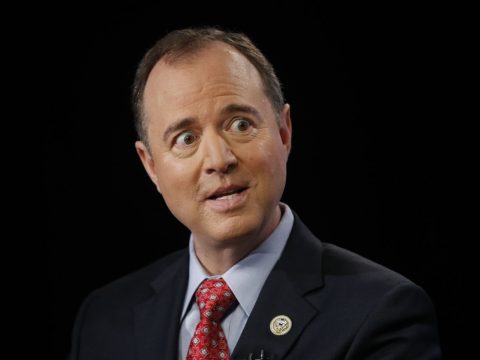 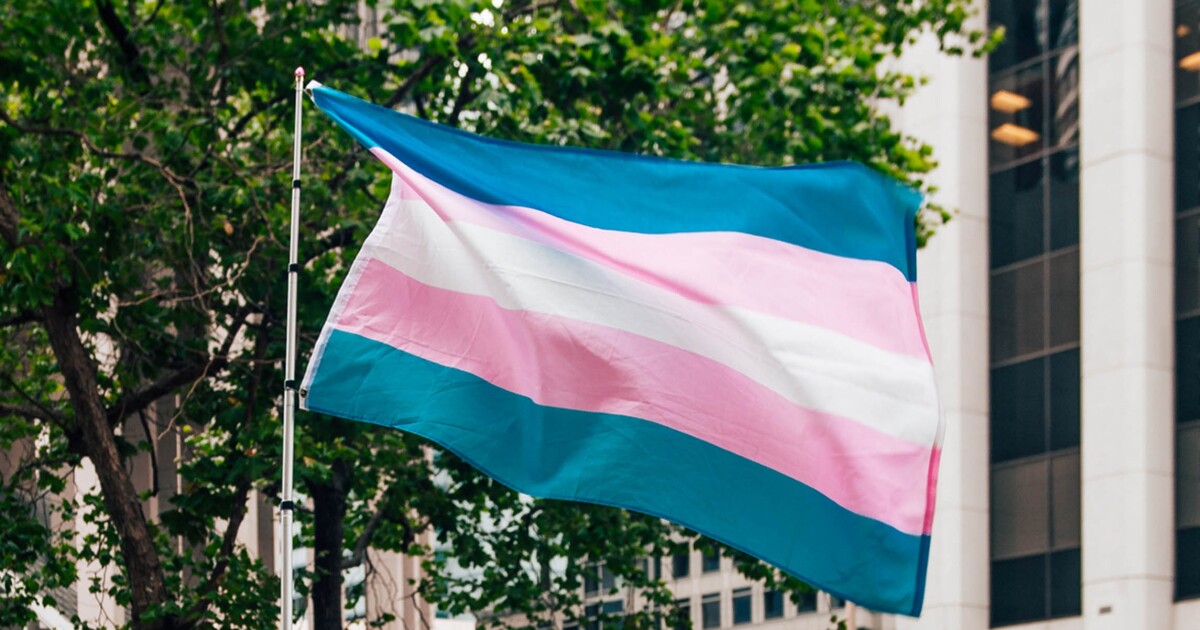