A state senator from Oklahoma has filed legislation named after Kyle Rittenhouse that seeks to compensate defendants of “malicious prosecution” if they are charged with murder but later found to be not guilty due to justifiable homicide.

In a press release, Dahm’s office explained the bill:

Under Dahm’s legislation, if a person is charged with murder but is found not guilty due to justifiable homicide, the state would have to reimburse the defendant for all reasonable costs, including loss of wages, legal fees incurred, and other expenses involved in their defense. When a homicide is determined to be justified and the accused establishes that they had sustained injury due to malicious prosecution, then that person will be awarded “fair and just compensation.”

Malice may be established if the motive for the prosecution was something other than a desire to bring an offender to justice, or that it was one with ill will or hatred, or willfully done in a wanton or oppressive manner and in conscious disregard of the claimant’s rights. Under the legislation, a prosecutor may be held personally liable to a claimant if malicious prosecution is established.

“Kyle Rittenhouse should never have been charged. The video evidence from early on showed it was lawful self-defense,” Dahm said. “It is our duty to protect the rights of the people we represent, and the right to self-defense is paramount. This bill will ensure that what happened to Kyle Rittenhouse cannot happen to the people of Oklahoma.”

Dahm, who is a staunch defender of the U.S. Constitution, garnered national attention several years ago when he took on Piers Morgan on CNN on the issue of gun rights.

Rittenhouse, who is now 18, lives in Antioch, a northern suburb of Chicago about 15 miles from Kenosha. On August 25 of last year when he was 17, Rittenhouse decided to patrol the downtown Kenosha area alongside other armed men in order to protect a used car dealership from looting and vandalism. The city had devolved into rioting over the police shooting of Jacob Blake, a black man, by a white Kenosha police officer.

Rittenhouse took a medical kit and armed himself with a Smith & Wesson M&P15, which is an AR-15 style semi-automatic rifle that police say his friend illegally bought for him.

While guarding the used car dealership, he was chased by protesters and ended up fatally shooting two people, Joseph Rosenbaum and Anthony Huber, and injuring a third, Gaige Grosskreutz. The defendant and the three men he shot are all white.

He was arrested and charged with five felony charges and one misdemeanor charge. The most serious charge was intentional homicide, Wisconsin’s top murder charge, which carries a mandatory sentence of life in prison. The others were reckless homicide, attempted homicide, two counts of reckless endangerment, and being a minor illegally in possession of a firearm.

On Monday, the judge dismissed the misdemeanor firearm charge, which was considered the easiest charge for the state to prove. Previously, Rittenhouse was also charged with violating curfew, but that charge was dismissed last week by the judge as well. 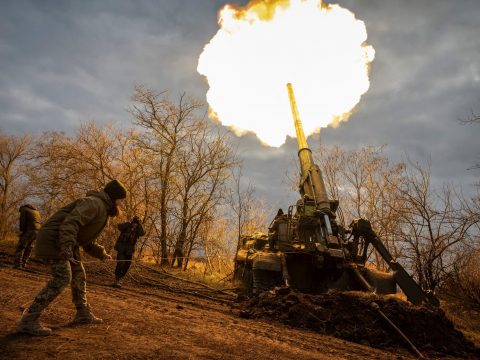