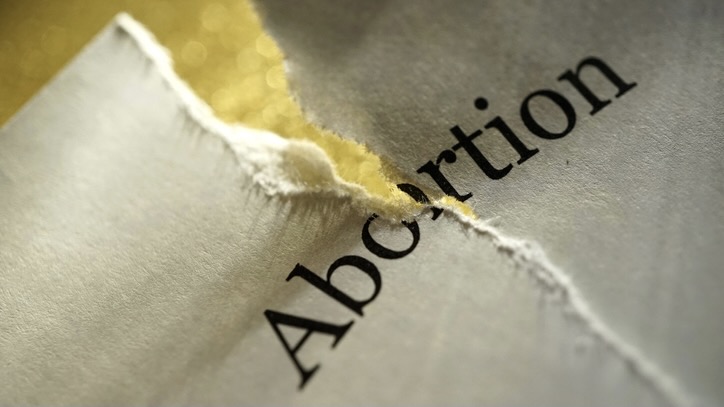 Democrats are attacking an Oklahoma state representative who compared the effort to abolish slavery to the current fight to end abortion during a debate on a new abortion bill.

Republican State Representative Jim Olsen is the author of the piece of legislation that is moving through the Oklahoma state legislature and would make abortion illegal in almost all situations.

KOCO 5 News in Oklahoma City reported that Senate Bill 612 was passed by a House committee on Wednesday. “The bill would make the performance of abortions in cases that aren’t life-threatening a felony offense, resulting in a fine of as much as $100,000 or up to 10 years in prison,” the local outlet reported.

During a debate on the measure, Representative Olsen compared the effort to outlaw abortion in Oklahoma to the fight in Great Britain to get rid of slavery.

“This is a cause of even greater import because it deals with innocent unborn life,” said Olsen, R-Roland.

State Rep. Ajay Pittman, D-Oklahoma City, responded to Olsen’s comments, asking for him to clarify them.

“So, to clarify what you just said, are you saying saving lives is more important than slavery? And saving those lives?” Pittman asked.

“The context that I was addressing that, none of us would like to be killed. None of us would like to be a slave. If I had my choice, I guess I’d be a slave. At least a slave has his life. Once your life is gone, it’s gone,” Olsen responded. “And I’m not minimalizing slavery. I’m illustrating the terrible injustice that was finally, finally erased from Great Britain and almost eventually the entire world.”

“In times like these where we see our nation on the cusp of reckoning social and racial injustices, we still endure implicit bias from our colleagues who are insensitive to what is said about the hurtful and ugly past of this country’s treatment of African Americans,” Pittman said. “Slavery is not something we should compare to anything in the year 2021 unless we discuss the spirit of superiority over women and people of color.”

“We continue as policymakers to chip away at the rights of women to choose proper health care for themselves, and now we are hearing our colleagues compare these issues of slavery which also limited the rights of Black women by not allowing them to have a choice not to have children by their slave masters.”

As reported by the Associated Press, Olsen said on Thursday that he stands by what he said. “I made a very historically appropriate analogy. I never spoke positively of slavery,” Olsen said. “One evil at one time was acceptable in our society, and now it’s not. I look forward to the time when we stop killing babies.”

The Democratic Party is demanding a censure of Olsen and an apology from him, according to Public Radio Tulsa.

Oklahoma Democratic Party Chair Alicia Andrews said, “The cavalier usage of racist terms with no repercussions is exhausting. I would be grateful if those who are elected to represent Oklahoma remember that they represent all of Oklahoma, even those of us who are Black and brown.”

The bill now heads to the Oklahoma House where it will be decided upon before it goes to the governor’s desk for a signature or a veto.