Democrats on the House Energy and Commerce Subcommittee on Oversight and Investigations put oil company executives in the hot seat at a hearing on Wednesday, accusing the corporations of making profits from the Russia invasion of Ukraine amid oil shortages and high prices for gas at the pump.

Executives from ExxonMobil, Chevron, BP America, Shell USA, Pioneer Natural Resources Company, and Devon Energy Corporation pushed back against Democrats, who demonized them at the hearing. Rep. Diana DeGette (D-CO), chairwoman of the subcommittee, said in her opening remarks:

While American families are forced to pay record-high prices at the pump, frankly this committee is not going to sit back and allow this system — which forces American taxpayers to pay oil companies out of both pockets, first at the pump and then through tax breaks — to continue in its current form.

“I want to be absolutely clear: We do not control the market price of crude oil or natural gas, nor of refined products like gasoline and diesel fuel, and we have no tolerance for price gouging,” Chevron CEO Michael Wirth said at the hearing.

The Democrats did not mention Joe Biden’s ongoing war against domestic production of oil and gas, from shutting down pipelines to halting offshore drilling permits through 2023.

But the executives called for a change in policy.

“While there is no quick fix, the answer in the near term, until there are more widely available and affordable alternatives, is straightforward,” Darren Woods, CEO of ExxonMobil, said. “We need to increase the supply of oil and natural gas.

The Interior Department should end its pause on federal oil and gas leasing and instead direct urgent attention to accelerating and completing its legal and administrative work necessary to restart federal lease sales, along with appropriate environmental safeguards, especially in the Gulf of Mexico, which is among the lowest greenhouse gas intensive production in the world.

Experts in the energy sector reacted to the hearing by issuing statements to the media. Myron Ebell, director of the Center for Energy and Environment at The Competitive Enterprise Institute, said:

The highlight of today’s charade of a hearing was Representative Bill Johnson, Republican of Ohio, who pleaded with oil company CEOs to stop apologizing for not being green enough and instead proudly defend their industry for the energy they produce that keeps America and the world moving.

Today’s hearing perfectly illustrated how congressional Democrats are in complete denial about how their anti-energy policies predictably drive up energy prices. The oil industry averages a mere 2.5-percent profit per year, which is far less than most other industries in our economy, including the Wall Street financial industry that so heavily funds Democratic politicians.

“Joe Biden and congressional Democrats are the ones who have driven up oil and gasoline prices, not the hard-working Americans who produce domestic oil and gasoline despite being vilified and shackled by Biden administration policies,” Taylor said. 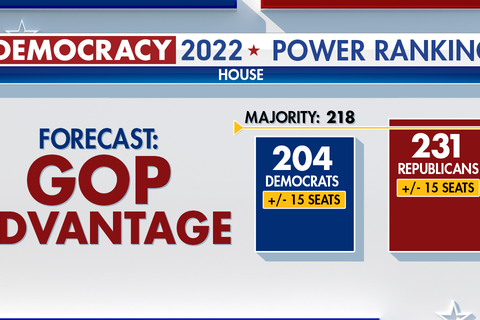