Places JD Vance has not campaigned:

In response, former Ohio State Treasurer Josh Mandel said in a statement provided to The Daily Wire, “Tim Ryan’s Democrat Party is the home for anyone who hates Israel and despises the Jewish people’s right to self-defense and peace.”

In the past, Ryan has avoided condemning Democratic representatives like Congressman Ilhan Omar (MN) for espousing anti-Israel rhetoric.

Mandel, who Vance defeated in the Ohio GOP Senate primary, added, “J.D. Vance will be a strong friend and ally of the US-Israel relationship and should be applauded, not attacked, for taking the time to visit the Holyland.”

Michael Byer, a communications staffer for the Ohio Democratic Party, also tweeted, “J.D. Vance said he feels ‘out of place’ in Ohio – so of course he’d rather be anywhere but here #OHSen.”

J.D. Vance said he feels “out of place” in Ohio – so of course he’d rather be anywhere but here #OHSen pic.twitter.com/QkA8CtzUjS

Brad Kastan, chairman of the Community Relations Council of JewishColumbus, also said in a statement given to The Daily Wire, “Israel is our strongest and most important ally in the Middle East. All Americans and particularly the citizens of Ohio benefit from the strong strategic and economic ties, not to mention shared values, we enjoy with Israel.”

“Ohio Democrats or anyone who appreciates the role our U.S. Senators must play in foreign policy should strongly encourage, not discourage, our leaders to visit the Jewish state,” he continued.

Ryan has previously supported the Joint Comprehensive Plan of Action (JCPOA), also known as the Iran Nuclear Deal, which Israel opposed. Ryan criticized former President Donald Trump for pulling the U.S. out of that agreement. While campaigning for president, Ryan said he “would absolutely support entering a new version of the JCPOA that extends restrictions even further into the future.”

Kastan added, “I would encourage Tim Ryan to join with Mr. Vance in calling on the Biden Administration to reject any support of future nuclear agreements that allows Iran to grow their influence without completely dismantling their nuclear infrastructure.”

Sam Markstein, Republican Jewish Council national political director, also weighed in on the situation and pointed out that Ryan is endorsed by the Left-leaning J Street, which critics assert holds animosity toward Israel while supporting pro-Palestinian policies.

“It’s sad and troubling that far-left Democrat Tim Ryan’s campaign and the Ohio Democratic Party would criticize JD Vance for traveling to our greatest ally in the Middle East, Israel,” Markstein told The Daily Wire in an e-mail. “Unfortunately, this reflects a growing trend of hostility to the Jewish state in the Democratic Party. Tim Ryan is endorsed by the anti-Israel group J Street, supports the disastrous nuclear deal with Iran that would endanger not only Israel but our regional partners, and consistently votes in lockstep with the failed Biden-Pelosi agenda.”

Markstein predicted Ohioans “will reject Tim Ryan and his radicalism this November.”

During his speech, the Vance told the CPAC Israel crowd, “I will be as strong an advocate for the U.S.-Israel relationship as anyone.”

Vance also said that the alliance is “an expression of deeper things, of cultural affinity and shared heritage and values.”

He also tweeted photos from his trip, saying, “Incredible to walk around Jerusalem, the eternal capital of Israel, and trace the footsteps of Christ today.”

Incredible to walk around Jerusalem, the eternal capital of Israel, and trace the footsteps of Christ today. pic.twitter.com/qpSru6cGv9

0 82
China Offered Us a Sneak Peak for Striking Taiwan 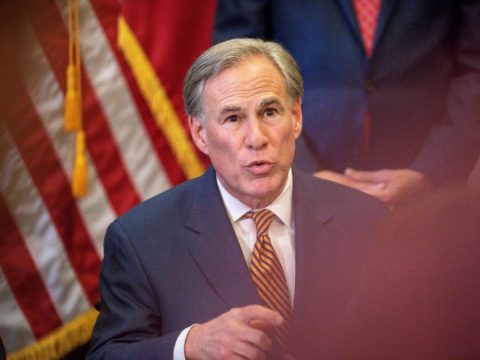 0 83
‘We Must Do Everything In Our Power’: Texas Governor Greg Abbott Expands Statewide School Safety Program Following Uvalde Shooting