Elliot Tommingo, director of the Washington, DC Mayor’s Office of Veterans Affairs, said it is a “necessary evil” to allow ‘Darwinism to kill off” unvaccinated Americans, blaming them for the city’s coercive mandates, deeming them “foolish,” and accusing them of eating horse dewormer and “their own piss.”

Breitbart News on Thursday obtained screenshots from one of Tommingo’s conversations on a Facebook post. The commenter, Jonathan Lubecky, who on Twitter describes himself as a “Nonpartisan Political Consultant,” remarked that he “may go to anywhere that doesn’t have the stupid mandates DC has.” Currently, Mayor Muriel Bowser’s (D) D.C. requires businesses to discriminate against unvaccinated individuals, forcing indoor venues such as restaurants, gyms, bars, theaters, night clubs, food halls, auditoriums, libraries, museums, and more to turn away guests ages 12 and older who cannot provide proof of vaccination. That policy went into effect January 15. Further, last week, Bowser decided to extend the city’s mask mandate — which applies to vaccinated individuals as well — another month.

Tommingo, an official for the D.C. mayor’s office, provided a harsh response, demeaning unvaccinated people by touting a series of fake narratives and essentially asserting that unvaccinated individuals are “foolish” and ultimately allowing Darwinism to take course.

“I’ll join you in Cabo man. But I tell ya. If people stopped listening to celebrities, took the vaccine, didn’t eat horse dewormer and/or their own piss…we could lift those mandates soon,” he claimed.

“However, allowing Darwinism to kill off those too foolish to protect themselves is a necessary evil,” Tommingo added.

“That’s an interesting take given the vaccine stats in DC,” Lubecky responded. “But to be clear, you support 48% of black citizens of DC dying due to ‘Darwinism’ and ‘being too foolish’ ‘drinking piss’ and ‘eating horse dewormer.’”

The D.C. government’s statistics also show that 69.9 percent of D.C. residents are considered “fully vaccinated,” but combined, 92.1 percent are considered either “partially or fully” vaccinated.

Federal health officials have repeatedly dismissed concerns from individuals over the vaccine’s efficacy as well as potential adverse effects. They have also failed to recognize the frustrations of Americans, as they were originally told that vaccines were the avenue to return to a state of pre-pandemic normalcy.

Vaccines have been available for over a year, yet places such as D.C. continue to implement coercive mandates nearly two years into the pandemic, refusing to allow individuals to return to the pre-pandemic state — a time when conducting day-to-day activities was not contingent on wearing a mask or  providing proof of vaccination or a negative test. 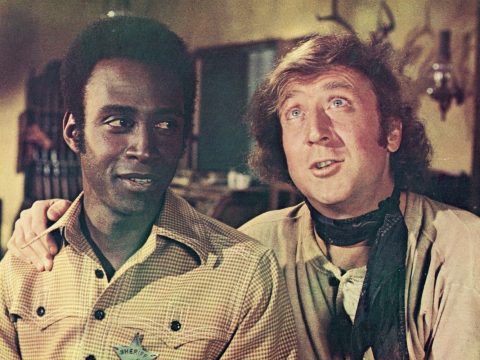 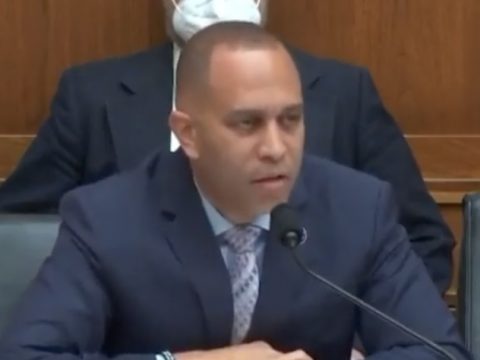 0 28
GOP Senate Candidate Slammed For Ad That Shows Him Shooting At Biden, Pelosi