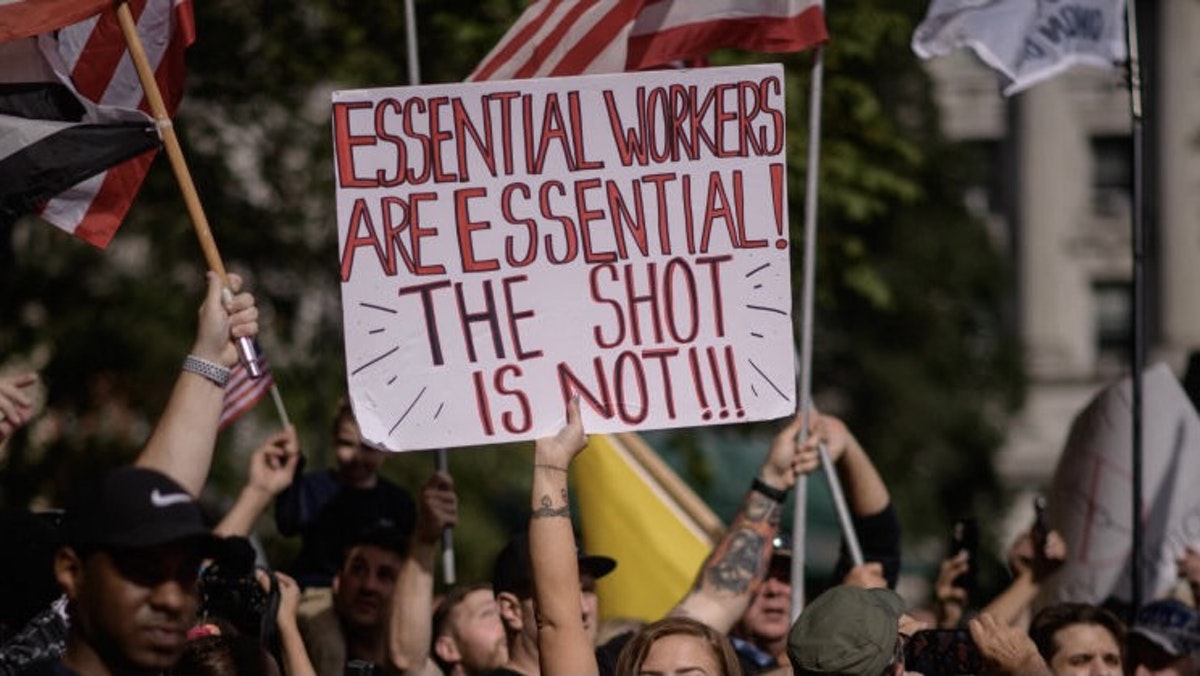 As of Friday, around 3,000 of New York City’s workers could lose their jobs for not adhering to the city’s vaccine mandate for city employees, which is about 0.8% of a workforce of around 370,000 people.

As The Wall Street Journal reported, “The vaccine requirement—which encompassed the city’s teachers, police officers and firefighters—mandated that all new city workers as of Aug. 2, 2021, be fully vaccinated against Covid-19. The policy went into effect under then-Mayor Bill de Blasio’s administration.”

On Monday, agencies in the city were informed that people who were hired after the August date had until Friday to provide evidence they had gotten a second dose of the COVID-19 vaccine. As of the end of last month, around 3,000 workers were on unpaid leave because they were not vaccinated. They were informed that they would be terminated on Friday if they did not get the vaccine.

“We are not firing them,” New York City Mayor Eric Adams (D) said at a news conference on Thursday. “People are quitting.”

He said that “the responsibility is clear” that if someone is hired to work for New York City, he or she must be vaccinated.

“If you are not following the rules, you are making that decision,” he said. “I want them to stay,” the mayor added. “I want them to be employees of the city. But they have to follow the rules that were put in place before my administration.”

“I would do a disservice to those who follow the rules if we don’t have a clear direction,” he said. “Because what happens when the next strand comes out? …We have to be very clear. People must be vaccinated if they are New York City employees. Everyone understood that and we have to follow that.”

The New York Times reported, “The loss of roughly 3,000 workers would represent less than 1 percent of the city’s work force, but is still believed to be the largest worker reduction in the nation in response to a vaccine mandate. Another roughly 1,000 new city employees must show proof of two doses by Friday or they could also be fired.”

“Besides the 3,000 workers that could be fired, another 9,000 city workers are also unvaccinated, but are seeking exemptions, or working with unions to avoid terminations,” the outlet added. “In all, about 13,000 workers have applied for exemptions, which are known as reasonable accommodations, and 54 percent of those requests have been processed so far, according to city officials. About 2,100 were approved and 4,910 were denied.”

CBS New York reported, “As the Feb. 11 deadline approached, the mayor’s office said many of the 3,000 workers at risk of termination submitted last-minute proof of vaccination.”

City authorities have said that the firings shouldn’t affect the services in the city, but unions have pushed back. Harry Nespoli, president of the sanitation workers’ union, has reportedly said that the department will lose trained employees who have lots of experience in their field even if they are replaced.

On Thursday, a religious rights group called New Yorkers for Religious Liberty Inc. filed a lawsuit against the city.

“No other city in the state requires vaccination as a condition of employment for all workers,” the lawsuit said.

On Wednesday, Democratic Governor of New York Kathy Hochul announced an end to the state’s indoor mask mandate for businesses, which required people to provide evidence of full vaccination status or wear a mask while indoors. The mandate was set to end on Thursday, and Hochul announced that she would, in fact, allow it to expire. Hochul’s mask policy has been met with pushback in the courts.

“It was an emergency temporary measure put in place only two months ago,” Hochul said on Wednesday. “At this time, we say that is the right decision to lift this mandate for indoor businesses and let counties, cities and businesses make their own decisions on what they want to do with respect to masks or the vaccination requirement.” 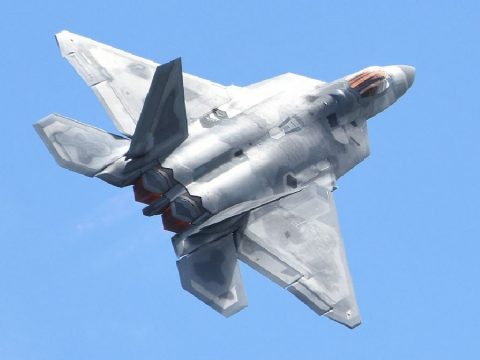 0 70
Why Did the Air Force Build the F-22 Raptor Stealth Fighter?