On Friday, Democratic New York Governor Kathy Hochul signed an executive order declaring a “Disaster Emergency in the State of New York” in anticipation of winter COVID-19 case increases, and in light of the latest coronavirus variant known as Omicron.

The executive order reads in part:

…by virtue of the authority vested in me by the Constitution and the Laws of the State of New York, hereby find, pursuant to Section 28 of Article 2-B of the Executive Law, that a disaster has occurred in New York State, for which the affected local governments are unable to respond adequately, and I do hereby declare a State disaster emergency for the entire State of New York through January 15, 2022; and

IN ADDITION, this declaration satisfies the requirements of Part 360 of the New York State Codes, Rules and Regulations to allow the state to utilize the Surge and Flex system, which may include, but is not limited to, postponement of non-essential elective procedures.

As the text notes, the EO allows for the postponement of elective surgeries, among other governmental actions.

Hochul also sent out a tweet-thread regarding hospital capacity, and urging New York residents to get a COVID-19 vaccine:

We continue to see warning signs of spikes in COVID this winter, and while the new Omicron variant has yet to be detected in New York State, it’s coming. Today I signed an Executive Order to help @HealthNYGov boost hospital capacity ahead of potential spikes.

Through this action, we will also be able to acquire critical supplies more quickly to combat the pandemic. I urge New Yorkers to take advantage of our greatest weapon in this pandemic: the vaccine. Get vaccinated and get the booster as soon as you are able.

The latest coronavirus variant, B.1.1.529, dubbed Omicron, was designated as a “Variant of Concern” by the World Health Organization on Friday following reports of the virus variant in South Africa.

“This variant has a large number of mutations, some of which are concerning. Preliminary evidence suggests an increased risk of reinfection with this variant, as compared to other VOCs,” the WHO said in a statement released on Friday. “The number of cases of this variant appears to be increasing in almost all provinces in South Africa. Current SARS-CoV-2 PCR diagnostics continue to detect this variant.” 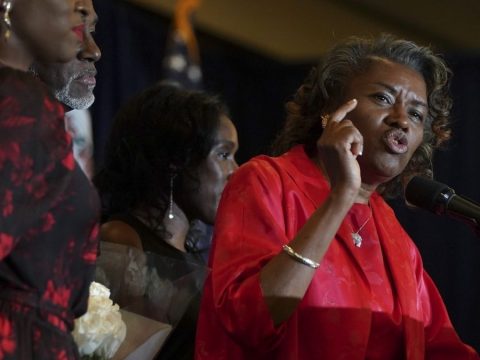