Democratic Lt. Gov. Brian Benjamin’s arrest for allegedly taking part in a campaign finance scheme has made Republicans believe they have their best shot in decades to flip the New York governor’s office.

Benjamin faces federal bribery charges in relation to a 2021 campaign, with authorities alleging he funneled fraudulent donations. He surrendered to federal authorities on Tuesday and resigned from his office.

Democratic Gov. Kathy Hochul assumed office in August after former Gov. Andrew Cuomo resigned following numerous scandals related to his handling of the COVID-19 pandemic as well as allegations of sexual harassment. She faces a Democratic primary in June, with Benjamin still expected to be her running mate on the ballot.

“I think they’re scrambling right now trying to see how they can get him off the ballot,” New York state GOP spokeswoman Jessica Proud told the Daily Caller News Foundation. “The whole thing was just like a giant embarrassment.”

Under New York law, a candidate is not allowed to step off the ballot if they’ve accepted a party nomination unless they die, move out of state, or are nominated for a different office, the New York Daily News reported. After his arrest, Democratic lawmakers in the state, including Hochul, publicly came out in favor of an election law change that would allow Benjamin to leave the ballot.

Regardless of whether the change is enacted, Republicans intend to “paint [Hochul] as just being part of the same … corrupt, disastrous gubernatorial administrations that we’ve had in New York,” Proud said. “She’s no different than Andrew Cuomo and we’ve had 15 years of Democrat governors just leave office in disgrace … She is absolutely going to be tied as a part of that.”

New York Gov. Kathy Hochul and State Senator Brian Benjamin wave at the crowd during a press conference announcing him as her Lt. Governor on August 26, 2021 in New York City. (Photo by Michael M. Santiago/Getty Images)

“She said she was going to turn the page and have transparency and clean up the ways things are in Albany,” Republican New York Assembly Minority Leader Will Barclay told the DCNF. “And here you’ve got the second-highest person in the executive branch … handpicked lieutenant governor had to resign because he was arrested on corruption charges.”

Hochul, who appointed Benjamin in September, denied knowing about any potential wrongdoing, despite reports indicating he had been given subpoenas for financial records concerning donations before he was selected, according to The New York Times.

“That was her first major decision that she … had to demonstrate judgment on,” Proud said. “His gross, gross ethical misconduct was something that was on display, and she chose him anyway.” (RELATED: ‘No More Mass Shootings’: New York Gov. Kathy Hochul Laments Mass Shooting)

A Republican has not won the governorship of New York since George Pataki secured reelection in 2002. Kyle Kondik, managing editor of election forecaster Sabato’s Crystal Ball, told the DCNF he was skeptical a lieutenant governor could have any meaningful impact on a governor’s race but acknowledged Hochul’s choice of Benjamin might prove to be a factor.

“Certainly it’s something that her rivals in the primary could point to and also … whoever the Republican nominee ends up being,” Kondik said. “I don’t know, at the end of the day, how significant it will be.”

He emphasized that New York is “such a blue state” that it would still be incredibly difficult for the GOP to manage a victory. Still, because Republicans have a positive electoral environment, Sabato’s Crystal Ball has not rated the race as “safe” for Democrats, Kondik said. 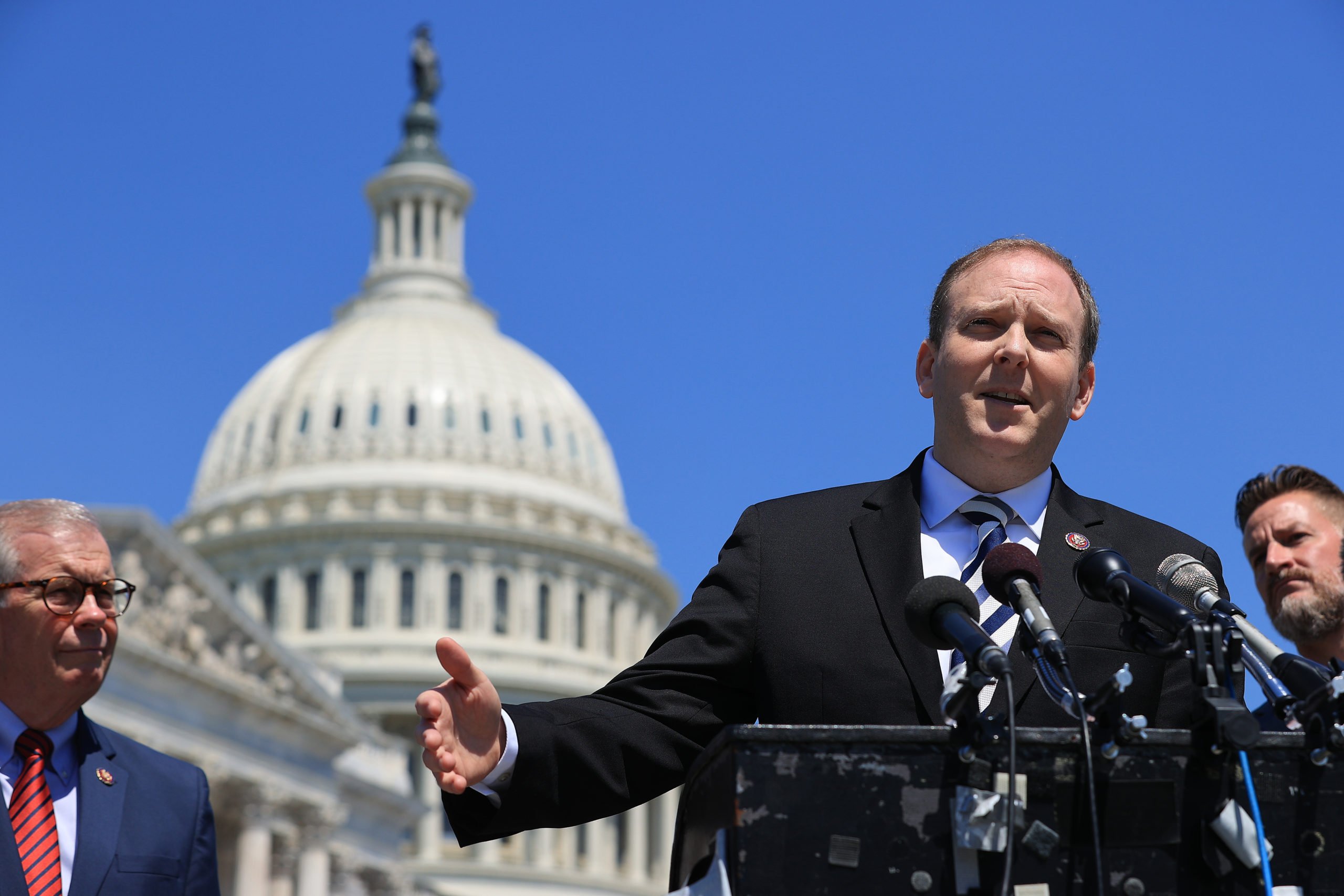 House Republican Israel Caucus members, including Co-Chair Rep. Lee Zeldin (R-NY) (C) hold a news conference to talk about the military conflict between Israel and Palestinians in Gaza outside the U.S. Capitol on May 19, 2021 in Washington, DC. (Photo by Chip Somodevilla/Getty Images)

A March internal poll from Rep. Lee Zeldin’s campaign for the Republican nomination had him beating Hochul by half a percentage point in a head-to-head matchup, the New York Post reported. The poll, conducted by McLaughlin & Associates, found Hochul had a 44% approval rating and a 48% disapproval rating.

Conservatives found renewed success in Virginia in 2021 when Glenn Youngkin became the first Republican to win statewide since 2009. Barclay pointed to the success Republicans found in winning over suburban women who were frustrated over various education issues in Virginia.

Unlike Youngkin, however, a candidate like Zeldin would have a congressional record that Democrats could point to, Kondik said. (RELATED: Cook Political Report Delivers More Bad News For NY Dems)

“If Democrats are trying to tie the Republican nominee to Trump, Zeldin’s probably a lot easier to tie to Trump than Youngkin was, just because Zeldin’s … already been very active in national politics and Congress,” Kondik said.

Proud and Barclay said Benjamin’s arrest was only one of a number of issues pushing voters away from the state Democratic Party and that conservatives had their strongest chance at winning in years.

“I think this is the best opportunity we’ve had [in] a long time to win the governor’s office,” Barclay said. He told the DCNF that even before the scandal, high inflation, gas prices, and crime were giving Republicans “good hope” of victory in November.

“COVID restrictions, like keeping the kids out of classrooms, just oppressive mandates on small businesses, you know, attacks on freedom, the high taxes and regulations … New York was facing just the perfect storm of things going wrong,” Proud said.

All copyrights and legal uses attributed to content are located at the article origination: Off the Press, NY Dems Are Such A Mess Republicans Might Actually Win The Governorship 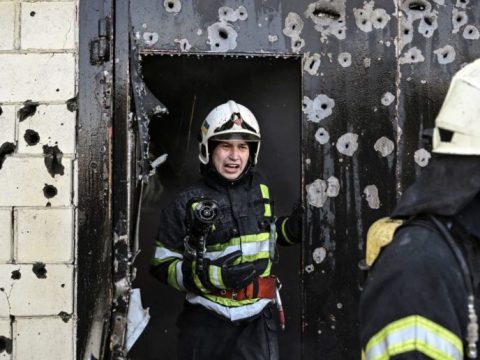 0 87
FACT CHECK: Does This Image Of A Ukrainian Firefighter Wearing A Jacket That Says ‘Edmonton’ Prove CNN Is Lying?