CNN anchor Brian Stelter conceded on Sunday that President Joe Biden’s embattled son Hunter Biden was more than just a right-wing media story — and that concerns over his foreign business dealings could potentially weigh down a 2024 re-election bid.

Stelter broached the subject with Michael LaRosa, a former special assistant to the president, during Sunday’s broadcast of “Reliable Sources” — and LaRosa made it clear that he believed Biden would, and should, run for a second term in the White House.

"It's not just a right-wing media story": CNN's Brian Stelter suggests embattled First Son Hunter Biden could be a "real problem" for a Biden re-election bid in 2024. pic.twitter.com/LysbJJzC22

“Let me ask one sizzle question,” Stelter prefaced, mentioning a New York Times column from Maureen Dowd that urged Biden not to seek a second term as president. “Many are saying Biden should basically hang it up and say he’s a lame duck and not run in 2024. Where do you come down on this as a former White House aide?”

“Oh, I hope he runs, I know he’s going to run, he’s planning to run, as he said many times,” LaRosa replied, adding that he was not at all surprised to see certain media outlets throwing a wet blanket over a potential re-election bid. Referencing “Democratic bed-wetting time,” he noted that a similar piece had been published urging former President Bill Clinton not to run again in 1995.

“Wait, are you saying the media is predictable, that we always do this?” Stelter asked, feigning shock.

“His age makes a difference,” the CNN anchor pushed back.

“To you guys, but after you look at the week he just had and the wins he racked up while he had COVID, I don’t see why he wouldn’t run,” LaRosa continued.

Stelter pivoted to mention Hunter Biden and the fact that he was still the subject of a federal investigation. “Charges could be coming at any time,” he said. “This is not just a right-wing media story, this is a real problem for the Bidens. Could he decide not to run for re-election given his son?”

“Look, they make decisions as a family. And they will make that decision when it’s time,” LaRosa replied.

“Do you think they’ve talked about it yet?” Stelter pressed again.

LaRosa said he didn’t think so, arguing that Biden was likely just focused on doing his job and suggesting again the media was getting out a little ahead of its skis.

“He intends to run, like I said. But I think the focus should be from the press on how — what he’s doing is affecting people out in the country,” he explained.

All copyrights and legal uses attributed to content are located at the article origination: © Daily Wire, ‘Not Just A Right-Wing Media Story’: CNN Is Suddenly Worried Hunter Biden Could Derail 2024 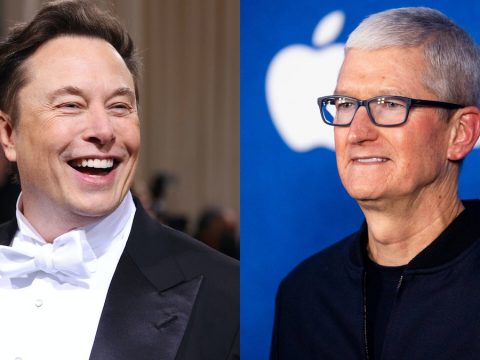