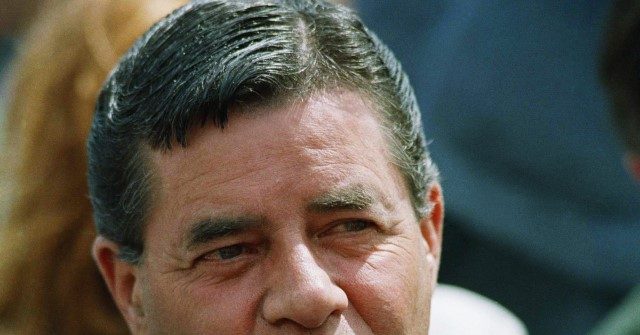 What is the point of attacking a man more than four years after his death?

What kind of purported news outlet attacks a man who cannot defend himself?

Jerry Lewis lived to be 91 years old. The two accusations against him date back to his making of The Ladies Man (1961) and The Disorderly Orderly (1964). So what we’re talking about here are 61- and 58-year-old accusations. In other words, these women had more than a half-century to level these allegations while Lewis was alive but instead decided to wait until he could no longer defend himself or, if he so chose, accept responsibility and apologize.

If the allegations are accurate, they are awful and inexcusable, no question. But sniping a man’s reputation after he’s dead and his loved ones are still alive is unconscionable.

Hope Holiday, who co-starred in The Ladies Man, claims Lewis asked her to come to his dressing room, locked her in, started talking about sex, and then masturbated:

Sick to her stomach, Holiday told Lewis that her boyfriend was waiting outside. But that didn’t stop Lewis. “He starts to talk dirty to me and as he’s talking, the pants open, and the ugly thing came out and he starts to jerk off,” Holiday says. “I was frightened…. I just sat there and I wanted to leave so badly.”

Karen Sharpe has a similar tale, but it appears as though Lewis stopped after she made herself clear:

Then Lewis “started moving in on me,” recalls Sharpe. “He grabbed me. He began to fondle me. He unzipped his pants. Quite frankly, I was dumbstruck.”

Sharpe protested. “I put my hand up and said, ‘Wait a minute. I don’t know if this is a requirement for your leading ladies, but this is something I don’t do,’” she says. “I could see that he was furious. I got the feeling that that never really happened to him.”

After that, Lewis gave her the cold shoulder.

The oddest thing about all this is that Holiday also claims she was raped by “a different actor.”

“He grabbed me by the hair, pulled me into the bedroom—he raped me,” she says. But this guy she doesn’t name. Why?

Why name Lewis, who is dead, but not the man who raped her?

Why all this discretion for her rapist?

Let me be clear about something…. I am not a Jerry Lewis fan. I’m not French enough to find him funny or understand his genius. And as someone who wasted many years of his life reading about Hollywood’s Golden Era, including both of Lewis’s autobiographies, there’s no doubt he was a cruel and insecure egotist. So I have no skin in this game whatsoever. Honestly, even in his own autobiographies he comes off as a jerk. But…

On the principle of fundamental fairness, a He Said/She Said allegation is bad enough for the accused. These allegations, however, do not even make room for a He Said. The man is long dead. He cannot say anything to protect his reputation. He cannot even atone. But his widow and children live on.

Finally, and this is important, the people who dug up these allegations are documentarians Amy Ziering and Kirby Dick, the duo behind the reprehensibly dishonest Allen v. Farrow series, a public lynching of Woody Allen for a crime two in-depth state investigations said he did not commit.

Did I mention the whole thing stinks?

0 4
Report: No FDA Director Before End of Year Due to Biden Paperwork Blunder