In the wake of Alec Baldwin accidentally shooting and killing a cinematographer last week, there’s serious talk of banning functioning guns on all movie and TV sets. All gunfire should be CGI’d now, they say.

Well, of course, they say that. And we all knew they would the moment the news of this awful event broke. Because that’s what they always do—push a panic button and boss everyone around like a bunch of old women.

This is what America has become: an irrational and increasingly stupid country required to overreact to everything. Overreacting is now the only way to prove you care.

It’s so predictable. Something terrible happens, and rather than blame the individuals involved, the hysterical virtue signalers — mainly the media and politicians — burst out of the woodwork to blame everything, like the system or society, and now everything must change.

According to various reports, Halyna Hutchins was not killed by a policy, system, society, or even a gun. Her husband is a widower, and her child is motherless because a countless number of people did not do what they were supposed to do.

Thus far, I’ve counted 15 things that went wrong on that set that led to the tragic death of a 42-year-old wife and mother, and not one of those 15 items blames the gun. Nevertheless, when you read the hysteria, you are led to believe the gun pointed itself at poor Hutchins and pulled its own trigger. 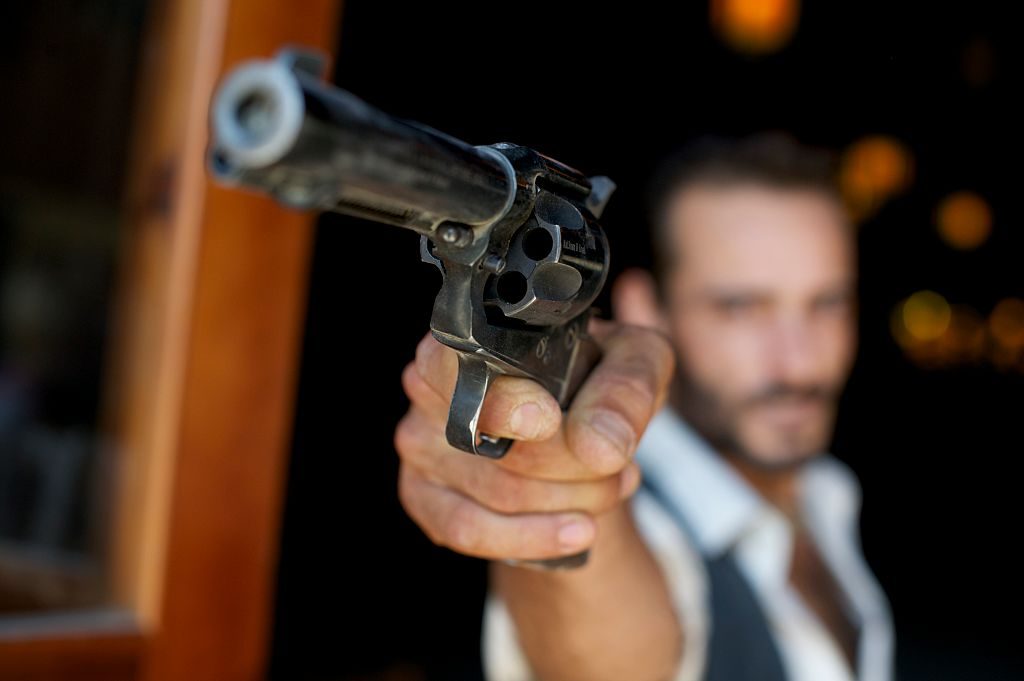 Nothing about this is funny, but I do find it amusing that when you read a story about how This Isn’t the First Time Someone Was Shot and Killed Making a Movie, the story is always about the 1993 shooting death of Brandon Lee on the set of The Crow.  Why? Because that’s the last time this happened … in 1993.

In all of movie and television production, how many rounds do you think have been discharged over 28 years? I’ll bet it’s in the millions, and until last week, no one had been killed for 28 years.

Because the safeguards put in place after Brandon Lee’s untimely death not only work, they are foolproof.  But you have to follow them.

Halyna Hutchins is not dead because there was a functioning gun on a movie set. She’s dead because cheap producers hired incompetents who handed a loaded gun to an actor who pointed a gun (he didn’t check) at another human being and likely pulled the trigger.

If you go back and read how Brandon Lee died, it was a perfect storm of unlikely events. But if you’ve been following the Baldwin story, you know this was a deadly shooting just waiting to happen, a perfect storm of incompetence, negligence, recklessness, and lack of respect for the most basic rules of handling firearms.

But this is America in 2021, where we are required to prove how much we care by how much we freak out. So if there’s one deadly shooting in 28 years, ban real guns and make movies even more fake with CGI’d muzzle flashes and actors jerking their arms. Oh, and let’s put all the armorers out of work, a whole class of specialists.

There’s no need to have real guns in movies! they screech.

Yes, there is. The CGI looks and feels fake. And there is also the question of free artistic expression. 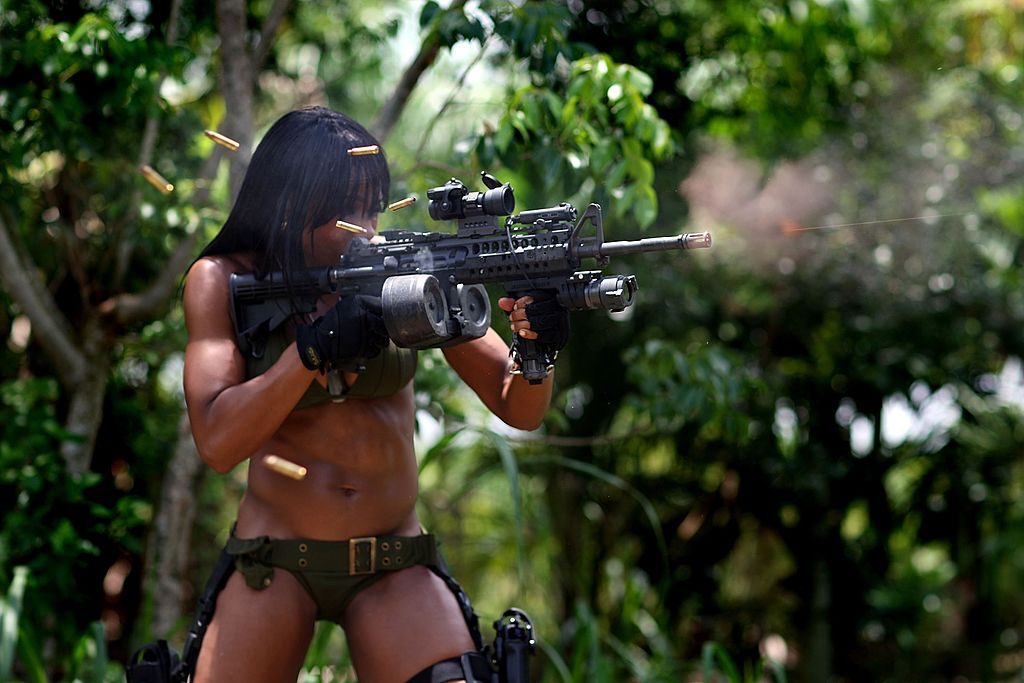 Mia Lawrence fires her weapon at a target as she competes against three other women on the set of Girls and Guns, a web-based reality show featuring women shooting weapons with live ammunition June 23, 2007 in Homestead, Florida. (Joe Raedle/Getty Images)

I love the John Wick movies as much as anyone, but the fake muzzle flashes and blood spurts still look fake. And John Wick is a top-shelf production.

This all fits in perfectly with how stupid this country’s become over the last few years. Bad cop in Minneapolis? Burn the whole fucking country down. Virus with a better than 99 percent survival rate? Shut the whole fucking country down. Transsexuals have hurt feelings? Let men share locker rooms with your daughter and outlaw jokes. Arrogant schools boards don’t like being challenged? Have the FBI target parents as terrorists. A handful of kids hospitalized? Make ’em all wear masks.

What a stupid country we’ve become.

How hard is it to not point a working gun at someone and pull the trigger?

0 21
Pinkerton: Honor Bob Dole and the Greatest Generation on This Pearl Harbor Day 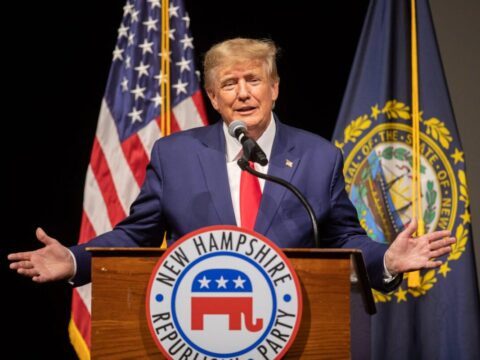