John Strand, one of the rare J6 defendants who refused to take a plea deal from the US Government, was found guilty Tuesday by a DC jury of all 5 counts of obstruction and trespassing on Capitol grounds (charges here).

After closing arguments Monday morning, the jury spent the rest of the afternoon deliberating but were unable to reach a conclusion – lending Strand and his team a sense of false hope. Hope the jury, pulled from a city that voted 93% for Democrat Joe Biden, would render a verdict removed from their own personal politics. This hope was short-lived. The jury rendered a unanimous all guilty verdict Tuesday morning.

Strand is the exception amongst J6 cases. Most J6 defendants choose not to face a DC jury for fear they would not receive a fair trial from a left leaning jury pool. Most J6 defendants – including his former boss Dr. Simone Gold – take some sort of plea deal with the DOJ.

Strand will await his sentencing before Judge Christopher Cooper on January 12, 2023.

The government made a largely emotional appeal one that stretched facts more times than not throughout the course of the trial. The government brought in emotional guards and officers who described for the jury the terror of that day and their experiences… experiences Strand neither saw nor participated in.

But it was a successful strategy. The government conflated horror stories from January 6 and made it appear as if Strand were the callous witness and active participant. Charges that all video and picture footage directly contradict.

Unfortunately for Strand, the jury was swayed. Either by their own internal politics that had already made up their minds against Strand, or by the emotional appeals from the DOJ.

Here’s a rundown of the 5 charges and the responses Strand’s team submitted over the course of his trial.

The government charged Strand attended the J6 rally in an effort to actively stop a Congressional proceeding. The government used Strand’s own social media and text messages referring to the potential of civil war over a stolen election as evidence Strand traveled to DC with the intent of stopping Congress from certifying the 2020 presidential election.

Government attorneys argued January 6 was “surreal” and in an absurd twist, essentially argued John Strand was nothing short of a General leading a Civil War against the nation’s Capitol: “[John Strand]?” they charged,  “at the forefront.”

Friday, Strand told the Federal Court in Washington DC he attended the January 6 protest at the Capitol because he was serving as bodyguard for America’s Frontline Doctors founder Dr. Simone Gold. For this reason alone, he traveled to DC – not, as the government alleges, to obstruct an election at the nation’s Capitol.

Strand, portrayed by his defense as a struggling actor in California, was also in what he called an “imbalanced” relationship with the older Gold and described Gold, as his boss and partner who was “headstrong” and forceful. An important detail leading up to why Strand says he found himself on the Capitol grounds on January 6.

Strand’s defense team offered as evidence Strand’s security guard license from the state of California and texts and rally schedules showing Strand would have been in California were it not for Dr. Gold’s speech.

While Strand himself became politically active in the months leading up to January 6, as demonstrated in Strand’s own calendar and text messages, were it not for his boss Dr. Gold traveling to DC, Strand would not have been in or near the Capitol at all. A fact that effectively refutes the government’s argument that Strand traveled to the Capitol to lead an insurrection.

Dr. Gold was scheduled to speak near Capitol grounds on January 5, 2021 but the speech was postponed. Strand testified his boss, and at the time, romantic partner, decided to watch then President Trump’s speech on January 6, 2021 and wanted to speak near the Capitol despite her speech being canceled.

If intent to invade the capitol and lead an insurrection to overturn an election were formed at the instant John Strand was in the Capitol… he had an interesting way of ‘leading’ by serving as Dr. Gold’s physical buffer and standing behind her most of the time he was on Capitol grounds.

In closing arguments Monday, the government argued Strand “should have known better” than to have entered restricted Capitol grounds. That Strand should have seen a police lineup and barricades on the Capitol steps and not proceeded.

Strand and his team argued the police barricade cited by the DOJ was already dissolved by the time Strand and his protectee Dr. Gold arrived at the foot of the Capitol steps.

Strand and his team have also argued, and shown, Strand, who was physically shielding Dr. Gold with both arms the majority of the time he was on Capitol grounds was clearly following Dr. Gold’s wishes to follow the crowd. Once embedded, both Strand and Gold were unable to extricate themselves from a chaotic situation.

FACTS: Pictorial and video evidence clearly show Strand behind Dr. Gold, holding her, and trying to steer her in an increasingly boisterous mob. At one point they are swept up the steps by the incoming mob and find themselves crushed against the East side doors.

At no point does Strand push his way past police, a barricade, or any indicators that might have shown him the area was restricted. Once at the capitol doors, Strand and Gold make their way inside to avoid getting crushed by a growing mob at the Capitol steps.

CHARGES 3 & 4: DISORDERLY CONDUCT IN A RESTRICTED BUILDING and IN CAPITOL BUILDING

The government argued once on Capitol grounds and inside the Capitol, Strand engaged in what they call disorderly conduct. Citing specifically, a picture from Statuary Hall where Dr. Gold had crawled to the base of a statue and used her megaphone to try and deliver her planned speech on medical freedom. Strand is standing beside her cupping his hand to his ears trying to get the mob to listen.

Strand argues he was on the statue to stay with his boss and ensure she was safe.

Strand’s attorneys also effectively pointed out how Strand, though a security detail for Dr. Gold, did not bring with him any weapons, did not commandeer any weapons once in the Capitol grounds, did not touch or harass officers, did not participate in breaking or damaging property, and did not use chemical agents. Strand simply walked out with his boss once they encountered officers who ordered them out.

Strand did not damage property nor did he confront officers or guards in or around the capitol. Disorderly conduct in and around the Capitol is a stretch – especially in light of other J6 figures like Ray Epps who was on multiple occasions actively ordering and rallying the crowd to go *inside* the capitol. Strands actions on camera do not seem to match up with the traditional definitions of disorderly conduct.

CHARGE 5: PARADING OR PICKETING IN A CAPITOL BUILDING

This is one of the easier charges to understand from the government’s perspective. It is as it sounds – it is illegal to hold signs, parade with a protest group, or picket inside the Capitol building which is what they accused Strand of doing on January 6.

Strand’s defense pulled up the Oxford definition of parading and picketing and were able to argue that by strict definition, Strand was not parading or picketing. Strand held no sign or slogan. And far from participating in a mob or parade, was swept into the crowd in the process of following and protecting his boss, Dr. Gold.

Indeed, Strand held no sign, did not march or chant slogans – as in the other defense arguments, Strand is only in and around the Capitol because of Dr. Gold. And while there, does not hold signs or chant slogans or wear MAGA gear. Strand is for the most part, by or behind Dr. Gold, shielding her from the chaotic mob.

If Judge Christopher Cooper follows the sentencing guidelines strictly for all 5 guilty charges against Strand, Strand could face 24 years in federal prison.

The likelihood Cooper would sentence Strand to the full guidance is, however, unlikely. Dr. Gold, who was also sentenced by Cooper was recently released from federal prison in Miami after serving 60 days.

Strand’s sentencing is scheduled for January 12, 2023.

John Strand has been raising funds and support from his website.

Neither Strand nor his attorneys have released any public statements as of this writing. 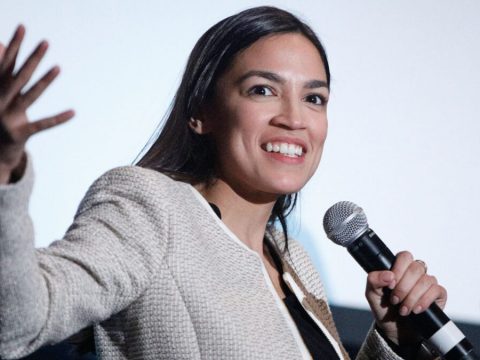 0 99
AOC Dodges, Laughs Off Question About Whether She’ll Back Biden in 2024 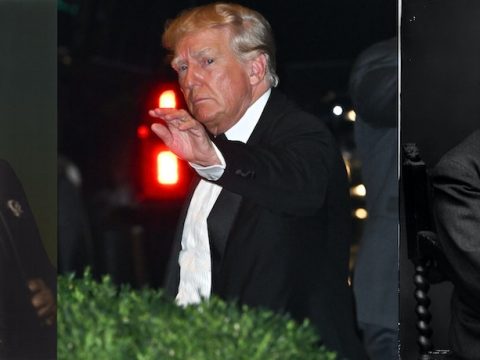 0 15
Third Time’s The Charm? Former Presidents Who Have Tried Again