Republicans are ruining the climate — right? Consider a few of the outrageous sins and stunts the party of evil perpetrated over the past few days, weeks and months. Oh, oops — all these planet-hating pols are Democrats.

Last week, Senate Majority Leader Chuck Schumer announced an “Inflation Reduction Act” whose $485 billion in spending is largely a giveaway to Big Auto. The bill will give families earning up to $300,000 as much as $7,500 in tax credits to purchase electric vehicles. Cars eligible for the credit can cost up to $80,000.

Electric cars emit less carbon than gas cars, yes. They are also cars (and with the eye-watering $80,000 price “cap” on tax credits, more likely large SUVs). They actually pose more danger to pedestrians, as they are quieter and heavier and accelerate faster than regular cars.

Democrats’ monomaniacal insistence on subsidizing EVs points up a truth about the party: It will do anything to maintain the fiction that the United States can substantially reduce carbon emissions without asking middle-class and affluent suburbanites to change their way of life.

Climate change is an existential crisis, the Dems say — but not one that would require anyone to rethink suburban sprawl, multiple daily SUV “school runs” in different directions and generously spaced McMansions and office parks.

As gas prices soared earlier this year, Mayor Pete never, ever, ever suggested that just maybe, maybe, Americans upset about soaring bills might consider carpooling or (gasp) seeing if there were a bus route nearby.

Buttigieg, once urbanists’ great green hope, has a carefully bifurcated message: Buses are OK for poor people in Baltimore. Everyone else shouldn’t worry that they’ll have to take the bus or ride a bike; the government will heavily subsidize their car purchases.

This is the same Mayor Pete who’s used his federal authority to delay New York’s congestion-pricing program, meant to reduce driving into Manhattan. His department’s regulatory arm has sent the state-run Metropolitan Transportation Authority, which would operate the program, more than 400 laborious “technical questions” about how it would work — questions the public’s not allowed to see.

Hmm. Buttigieg wouldn’t want to put off congestion pricing indefinitely because he’s eyeing a 2024 presidential run and doesn’t want to be painted nationally as the guy who wants to charge you to drive your own car?

Alexandria Ocasio-Cortez, the far-left congresswoman who drives a Tesla to DC rather than take the train, has remained as mysteriously silent as a sphynx on Buttigieg’s congestion-pricing delays. She’s not worried about alienating Queens car owners — is she?

How ’bout that Democratic New York governor, Kathy Hochul? Her response to the gas-price crisis was to suspend the gas tax — for everyone.

This wasn’t a matter of protecting the poor. The state could have sent families earning below $50,000 or so a check. This was a sop to middle-class swing voters. That’s even though higher gas prices might encourage them to reduce their driving — good for the planet, no?

Closer to home, it emerged last week that Carolyn Maloney, our liberal Manhattan congresswoman, corruptly threw around her power half a decade ago to bully New York City into killing a bike lane on 85th Street.

If we are going to encourage people to get out of their cars and onto their bikes, it makes sense to do so in one of the densest congressional districts in the country, heavy with mass transit.

Nevertheless, identifying herself as “Congresswoman Maloney,” though her official title had no relevance to the matter, Maloney in 2016 left a voicemail for a community-board leader counseling against the lane, calling it a “security breach.”

Last week, 28-year-old Carling Mott, riding a Citi Bike, was crushed to death by a truck on the unprotected street.

On climate, all these good Democrats are supposedly liberal-minded progressives. But none of them will dare say to swing voters: There is no cost-free fix for climate change.

Don’t worry, the Dems instead say to suburban voters: You can keep your precious SUV, magically powered by wind and solar — and those wind and solar panels and transmission lines won’t be anywhere near your houses.

Which is it, prominent leadership Democrats? Is climate change an existential crisis — or is it not even worth SUV drivers sacrificing a few feet of parking on 85th Street?

Nicole Gelinas is a contributing editor to the Manhattan Institute’s City Journal.

0 138
Actress Slams Disney For Replacing Tim Allen With Chris Evans In ‘LightYear,’ Asks Why They Would ‘Completely Castrate This Iconic’ ‘Character’ 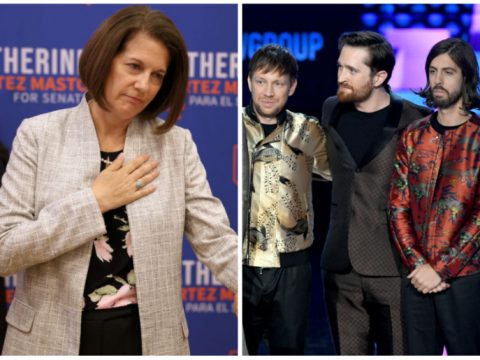