Newt Gingrich is forecasting what could be a historic red wave this November.

The former House speaker predicts Republicans could pick up as many as 70 seats in the House in the midterm elections, as well as four in the Senate, returning control of both chambers of Congress to the GOP.

“I think we’ll pick up between 25 and 70 seats in the House. We’ll probably pick up about four seats in the Senate,” Gingrich told Maria Bartiromo on her Fox News show Sunday Morning Futures.

In the House, that would top the 63-seat gain by Republicans in 2010, the height of the Tea Party movement and the highest gain for both parties since 1948, notes the Washington Examiner’s Paul Bedard. Democrats currently have a dozen more seats in the House than the Republicans. In the Senate, Democrats and two independents have control, with Vice President Kamala Harris as a tiebreaker.

Former NFL player Herschel Walker, who is running for Senate in Georgia, where Gingrich used to be a congressman, was one GOP candidate he highlighted.

“I think that people like Herschel Walker are going to do very, very well,” he said.

Speaking of a towering “tsunami” and improved support among Hispanics, Gingrich also argued Democratic candidates who reside in districts won by President Joe Biden in 2020 by double-digit margins are in jeopardy. “In addition, I would say that if you’re in a district that Biden carried by less than 15 or 20 points, you’re in great danger as a Democrat,” he said.

Gingrich also predicted Rep. Kevin McCarthy, who is facing a leaked tape controversy, will go on to be House speaker. “I think he will do an amazingly good job,” he said. 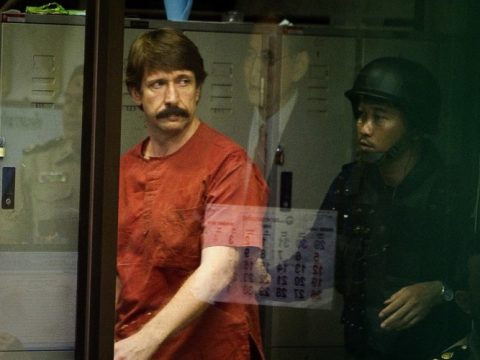