Newsweek has published an essay which argues NRA safety protocols could have made the movie set of Alec Baldwin’s Rust Safer. The author of the Newsweek essay, Sean Spoonts, is a former Navy anti-submarine warfare operator.

Spoonts pointed to the earliest establish media reports on Baldwin’s on-set discharge of a “prop gun” on October 21, 2021. That discharge resulted in the death of 42-year-old cinematographer Halyna Hutchins and the wounding of 48-year-old director Joel Souza.

They reported that a “prop” gun, held by Baldwin while rehearsing a scene, “misfired” and “accidentally” killed Halyna Hutchins and wounded director Joel Souza—as if it were a weird, freak accident that no one could have predicted.

In fact, the term “misfire” refers to a defect in the primer at the back of the bullet casing that generally prevents the detonation of the powder charge that expels the bullet from the barrel. A “misfire” does not result in a gun firing but the opposite: it doesn’t fire at all.

Spoonts added, “Secondly, it isn’t an “accident” when you point a loaded handgun at someone and pull the trigger. In real life, it’s assault with a deadly weapon to intentionally point a firearm at someone, loaded or not. In the context of a movie, it’s irresponsible and negligent.”

He transitioned to Hollywood’s woke-ness, noting that Baldwin has been generally anti-gun and specifically anti-NRA in recent times:

Alec Baldwin is a long-time opponent of gun possession by the average citizen. Most recently he signed his name to an open letter by an organization calling itself the “No Rifle Association” or “NoRA.” Its stated purpose is to end the National Rifle Association as an organization. The letter states: “We’re for moving culture into a less violent place by counteracting the influence of NRA money in the American political system.”

Spoonts suggests the irony is that the NRA’s safety protocols could have made the ‘Rust’ set safer.

He stressed, “Hollywood stars and producers need gun control as badly as they claim the rest of us do. In fact, though they politically can’t or won’t admit it, they need the NRA.”

The NRA, nemesis of “woke” Hollywood, could have made Alec Baldwin’s set safer | Essay

On October 24, 2021, Breitbart News noted Hollywood weapons expert Bryan Carpenter told the New York Post and stressed that the No. 1 rule for prop firearms is: “Loaded or unloaded, a weapon never gets pointed at another human being.”

He noted that rules of gun safety apply even on a movie set, where “you never let the muzzle of a weapon cover something you don’t intend to destroy.”

Actors and crew members on set on of the movie “Rust.” Insider Edition/Serge Svetnoy/YouTube

Breitbart News pointed out that an overarching gun safety rule is that individuals are to treat every gun as if is loaded. This rule goes hand-in-hand with the one on which Carpenter focused and also negates pointing a gun at anyone, as the person holding a gun must always presume it is loaded. 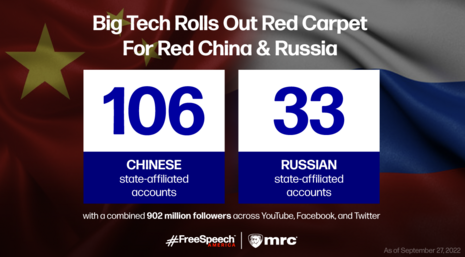 0 29
Exclusive — Matt Gaetz: 'Nothing More Dangerous' than 'Weaponization' of DOJ Against People Who Go to School Board Meetings