The new bill, if passed, would allow private citizens to sue gun manufacturers if they violate the state’s ban on assault weapons, The Associated Press reported. A fact sheet by Democratic California state Sen. Bob Hertzberg’s office said individuals could seek up to $10,000 in damages to companies that “manufacture, distribute, transport, import into California, or sell assault weapons, .50 BMG rifles, ghost guns or ghost gun kits.”

The legislation mimics the Texas Heartbeat Act, which allows citizens to sue abortion providers performing the procedure past six weeks of gestation, the outlet reported.

Newsom announced in December that he was working alongside the state legislature and Democratic California Attorney General Rob Bonta to draft legislation mirroring Texas’ abortion law in order to enforce the state’s gun laws. The governor made the announcement two days after the Supreme Court ruling that allowed for the Heartbeat Act to remain in effect as abortion providers sue the state.

“Gun industry greed has fueled the gun violence epidemic,” Newsom said via Twitter Friday. “We are unveiling new tools to hold gun manufacturers accountable for the deaths their products cause. Nearly every industry is held liable when people are hurt or killed by their products—guns should be no different.”

We are unveiling new tools to hold gun manufacturers accountable for the deaths their products cause.

Nearly every industry is held liable when people are hurt or killed by their products – guns should be no different.

The governor said the Supreme Court will either reveal their “hypocrisy” or “get them to reconsider the absurdity of their previous decision” if they strike down the law and allow Texas’ abortion legislation to take effect, the outlet reported.

“There is no principled way the U.S. Supreme Court cannot uphold this California law,” Newsom said, according to the outlet. “None. Period full stop. It is quite literally modeled after the law they just upheld in Texas.” (RELATED: 22 States Call On 9th Circuit To Uphold Ruling Striking Down California Assault Weapons Ban)

Hertzberg said via Twitter that the Court has turned its back on “common sense” and that the law is currently unjust.

“In a just world, a woman’s right to choose would be sacrosanct, and California’s people would be protected from ghost guns and assault weapons,” he said. “Sadly, a misguided Supreme Court seems determined to turn common sense on its head.”

The Firearms Policy Coalition, a gun-rights advocacy group, vowed to challenge the bill and referred to the measures as “modern-day Jim Crow laws,” the outlet reported. They pledged to “litigate” in order to “protect the rights and property of peaceable gun owners” in the state.

“[The restrictions are] really just modern-day Jim Crow laws designed to suppress the exercise of human rights the tyrants who run California don’t like,” the group said.

“But a fact sheet provided by Hertzberg’s office said the bill would apply to those who manufacture, distribute, transport, import into California, or sell assault weapons, .50 BMG rifles, ghost guns or ghost gun kits.”

The group’s attorney, Erik Jaffe, wrote in a legal brief that the California law will set a precedent for other states to restrict citizens’ rights to “the right to keep and bear arms.”

“If Texas succeeds in its gambit here, New York, California, New Jersey, and others will not be far behind in adopting equally aggressive gambits to not merely chill but to freeze the right to keep and bear arms,” he wrote.

U.S. District Judge Roger Benitez of San Francisco reversed California’s assault weapons ban in June, arguing that the law infringes on Second Amendment rights and that other states allow citizens to own the types of rifles banned. The Ninth Circuit Court of Appeals blocked Benitez’s ruling in a June 22 decision. The law is currently in place while the state appeals reviews the legislation, the AP reported. 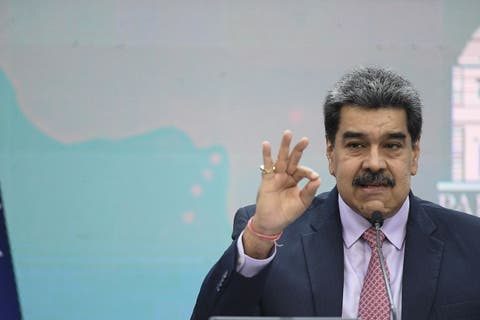