“Aerial footage showed the rider reportedly traveling at speeds as high as 115 mph down Roscoe Boulevard but slowing to around 80 mph before colliding into a car making a left turn at Fallbrook Avenue. … The motorcyclist flew about 100 feet over the car before landing on the sidewalk,” The Los Angeles Daily News reported.

“Los Angeles police were following the stolen motorcycle when it crashed, according to LAPD. They say it was not a pursuit,” ABC 7 noted. “The crash occurred at 22800 W Roscoe Blvd., leaving the rider dead. Two others suffered injuries, but it wasn’t clear how severe the injuries were. … Aerial images from NewsChopper4 showed a mangled maroon sedan and motorcycle,” NBC News added.

KTLA reported, “The motorcycle had been reported stolen in the San Fernando Valley, and an LAPD helicopter began tracking the two-wheeler after spotting it around 1 p.m., according to Los Angeles Police Department Officer Lizeth Lomeli. Officers did not initiate a pursuit on the ground, however, due to the high speeds the motorcycle reached, Lomeli told KTLA.”

KTLA added, “Two people in the vehicle were injured and transported by ambulance, according to the aerial footage. Their conditions were not immediately known, but one person appeared to be conscious and talking while being wheeled away from the wrecked car.”

CBS Los Angeles’ Amy Johnson was reporting while the screen showed the speeding motorcycle. She said, “So dangerous. It’s tough to see this because people are not expecting a vehicle of any type, even a motorcycle, to come racing up to them so quickly. Wow, Well over 80 miles an hour, creeping up on 100 miles an hour. You can see it just flying by these cars and it is not only dangerous for those other drivers but certainly dangerous to this motorcyclist. You know, these cars , these drivers, don’t know that it’s coming up so fast. You can see — wow, that motorcyclist appearing to kind of stand up there…”

The screen showed the motorcyclist flung high into the air from the collision as Johnson blurted out, “Oh, my gosh!”

“We have just seen — sorry, we just saw that motorcyclist crash into a car there at the intersection,” Johnson continued as the screen cut back to her. “Again, this was a police pursuit. LAPD was after that motorcyclist and the motorcyclist was going at a very high rate of speed as we just saw it crash into a car. And of course we are going to continue to follow this story and bring you much more on KCAL 9 news at four. We will now send you back to regular programming. “ 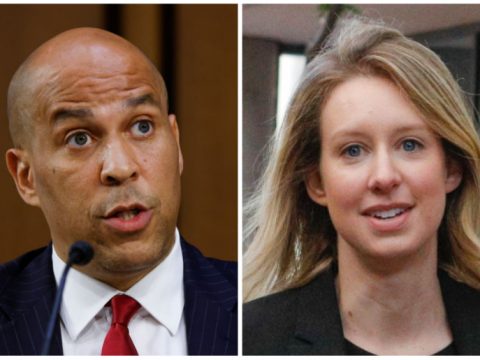 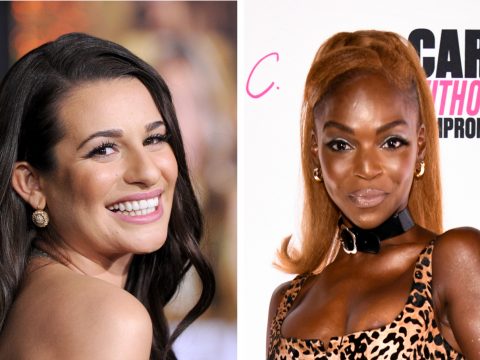