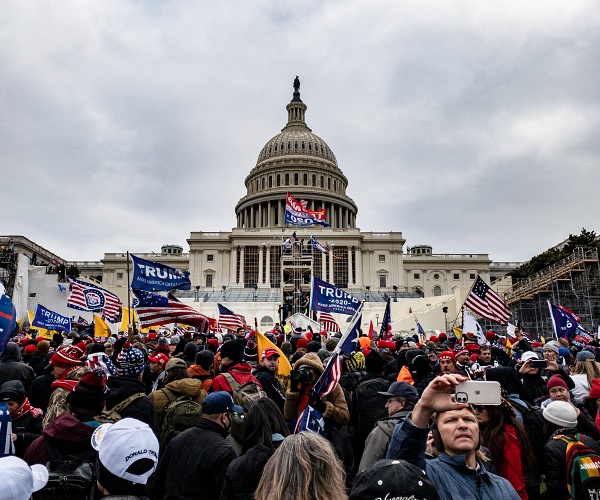 A new bipartisan Senate report concerning the Jan. 6 incidents at the Capitol found breakdowns in communications throughout several agencies in the days leading up to the attacks, indicating issues concerning the FBI and Department of Homeland Security as well as the Capitol Police.

The 100-page report, released early Tuesday, says the federal agencies did not raise a sufficient alarm concerning the threat of violence and that the Capitol Police’s intelligence division did not adequately communicate what it knew with the department’s leaders and rank-and-file officers, reports NBC News.

The document is the result of the joint investigation by the Homeland Security and Rules committees that started shortly after the Capitol attacks.

Capitol Police leaders knew about social media posts that had been made calling for violence at the Capitol complex on Jan. 6, the report says, “including a plot to breach the Capitol, the online sharing of maps of the Capitol Complex’s tunnel systems, and other specific threats of violence.”

However, the report continued that the department’s intelligence division “did not convey the full scope of known information to USCP leadership, rank-and-file officers, or law enforcement partners.”

The report also recommends an overhaul of what it calls an “opaque” structure of a board that oversees the Capitol’s security, including a provision that would allow the Capitol Police chief to resist assistance from the National Guard immediately.

On Jan. 6, troops from the Washington, D.C., National Guard did not arrive at the Capitol for almost three hours after they had been first requested.

Capitol Police said in a statement that the department welcomes the report, but insists that the department “nor the FBI, U.S. Secret Service, Metropolitan Police or our other law enforcement partners knew thousands of rioters were planning to attack the U.S. Capitol. The known intelligence simply didn’t support that conclusion.”

The report also criticizes the actions taken by the FBI and the DHS, saying neither entity published an intelligence bulletin before Jan. 6, even though there had been indications of potential planned violent protests. The agencies have both defended their actions.

“A key contributing factor to the tragic events of January 6 was the failure of the Intelligence Community to properly analyze, assess, and disseminate information to law enforcement regarding the potential for violence and the known threats to the Capitol and the Members present that day,” the report says. “Further scrutiny of these failures and the preparations and response of federal agencies will continue.”

NBC notes, however, that the report for the most part repeats the timeline of the events that are already public and won’t be considered a substitute for a full investigation by an independent commission, which Senate Republicans blocked.

News that the Capitol Police had specific information had been flagged by the department’s inspector general before, but the Senate document further points out that the failure to distribute information widely had left officers unprepared to defend themselves.

One officer told Senate investigators that “we were ill-prepared. We were not informed with intelligence. We were betrayed.”

The report, however, does not detail whether the FBI had information about the threat of a potential attack or the possibility of violence from groups under the agency’s investigations.

The report also said the departments of Justice and Homeland Security did not fully comply with information requests, which limited the Senate’s investigation into internal deliberations concerning the agencies’ collection and dissemination of intelligence.

Earlier this year, FBI and DHS officials testified in public affairs that they had been aware of threats being made through social media to stop the certification of the Electoral College’s ballots for Joe Biden, but said they didn’t think the threats were credible enough to call them intelligence.

The FBI’s field office in Norfolk, Virginia did share a report on Jan. 5, the day before the incidents, including indications that protesters were heading into Washington, D.C., “prepared for war,” notes NBC News.

However, the FBI’s top counterterrorism official told Congress that the report was considered to have been based “information off the Internet, unattributable to a specific person,” and the Senate report released Tuesday says the FBI’s report was not circulated to Capitol Police leaders.

The new report also focuses on acting Capitol Police Chief Yogananda Pittman, who had been a deputy in charge of the department’s three intelligence components in the months before Jan. 6. She was named acting chief after Stephen Sund, who had been chief during the riot, was forced to resign.

However, Pittman contradicted herself during testimony about whether her department knew or should have known about the potential breach.

“We knew that there was a strong potential for violence and that Congress was the target,” she told Congress on Jan. 26, but a month later, on Feb. 25, she disputed that there had been any credible threat.

“The variations in Ms. Pittman’s testimony reflect the lack of consensus about whether the available intelligence information contained specific threats,” the report says.

0 749
‘You Had Your Day In Court And You Lost’: Chris Wallace Challenges Corey Lewandowski Directly, Tells Him To Stop Blaming Media