The Biden administration’s new nuclear accord with Iran is likely to include a loophole that will “allow Iranian nationals linked to terrorism to enter and stay in the United States,” according to a new Republican-authored policy analysis circulating on Capitol Hill and reviewed by the Washington Free Beacon.

With negotiations over a revamped nuclear deal inching closer to completion, the Biden administration is considering a concession that will remove Iran’s Islamic Revolutionary Guards Corps (IRGC) from the U.S.-designated terrorist list.

The removal of this designation remains one of the final sticking points in diplomatic talks surrounding a new accord. Delisting the IRGC will “open the gates for Iranian terrorists to enter the United States” and make it harder for law enforcement agencies to target IRGC affiliates operating in the United States, according to a new assessment of policy implications authored by the Republican Study Committee (RSC), Congress’s largest Republican caucus and a principal opponent of a new accord.

“Removing the IRGC from the Foreign Terrorist Organization list is a non-nuclear related concession to Iran which would reward terrorist blackmail, allow Iranian nationals linked to terrorism to enter and stay in the United States, weaken law enforcement’s ability to go after those providing support or resources to the IRGC, and make it harder to hold those outside U.S. soil criminally accountable for helping the IRGC,” according to the policy analysis, which was distributed on Friday to 160 congressional offices and obtained exclusively by the Free Beacon.

The Biden administration’s bid to remove sanctions on the IRGC is fueling opposition to the deal from Democratic and Republican foreign policy leaders, who worry this concession will embolden Iran’s global terrorism and spy operations. Bipartisan legislation introduced in the House on Thursday and first reported by the Free Beacon seeks to force the Biden administration into disclosing how sanctions relief for Iran will boost the IRGC’s capabilities.

The Trump administration designated the IRGC as a foreign terrorist organization to cripple Tehran’s paramilitary fighting force, which is responsible for killing more than 600 Americans and orchestrating scores of regional terror attacks on U.S. forces, as the Free Beacon first reported last week.

Sanctions on the IRGC could be nixed even as the corps actively tries to assassinate several Trump administration officials, including former secretary of state Mike Pompeo, former U.S.-Iran envoy Brian Hook, and former U.S. central commander Kenneth McKenzie, who retired from the position this week.

Opposition to removing the IRGC from the U.S. terror list is likely to galvanize congressional critics of the deal and make it more difficult for the Biden administration to obtain congressional approval. Democrats on the House Foreign Affairs Committee last week emerged from a classified briefing on the new deal with mounting doubts about the accord’s effectiveness, according to lawmakers and senior congressional sources who spoke to the Free Beacon about the matter. This includes resistance to lifting the IRGC’s terror designation as well as other carveouts included in the deal that will allow Russia to build up Iran’s nuclear infrastructure and use the country as a hub to evade U.S. sanctions. Russia has served as the Biden administration’s chief interlocutor in nuclear talks, even as it has been isolated internationally for going to war in Ukraine.

“IRGC terrorists would be able to cross our border, get billions of dollars, and [get] closer than ever to a nuclear capability,” Rep. Jim Banks (R., Ind.), a member of the House Armed Services Committee and the RSC chairman, told the Free Beacon. “Americans would get nothing. A lot of the Biden administration’s foreign missteps can be explained by incompetence. Their proposed Iran deal is intentional and malicious.”

When former president Donald Trump designated the IRGC as a terrorist organization, the designation prevented all Iranian officials tied to the organization from entering America. The IRGC controls large swaths of Iran’s economy, and many members of Tehran’s hardline government are veterans of the organization.

Lifting that designation undermines the enforcement of complementary sanctions that help law enforcement and others keep IRGC affiliates off American soil, according to the RSC document.

“Removing the designation will make it easier for those connected to this brutal terrorist organization to enter American communities,” the document states. “The removal of the IRGC from the FTO list maintained by the State Department would have a major impact on the ability of law enforcement to disrupt terrorist networks and hold supporters of the IRGC accountable.” 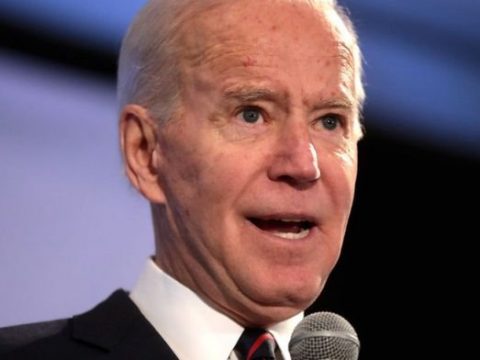 0 30
Gas Prices Are on the Rise Once Again