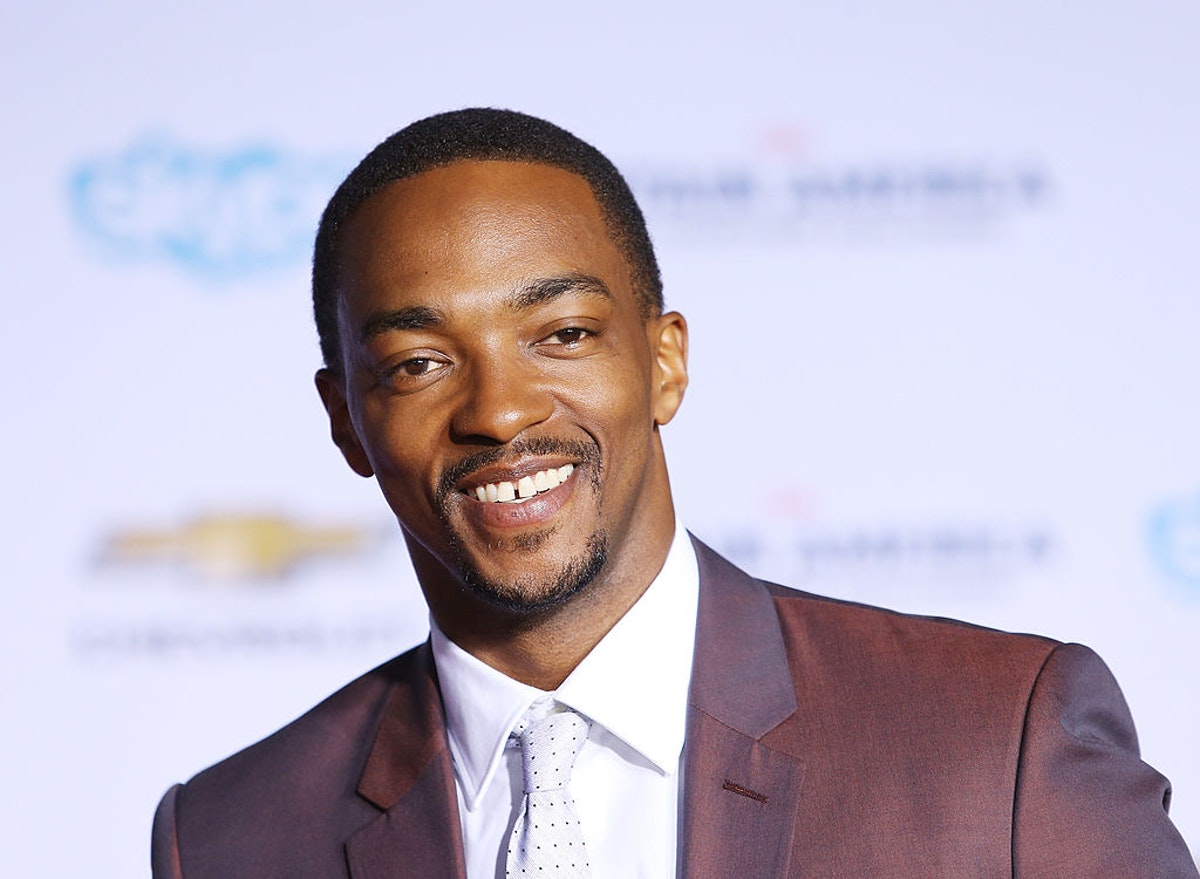 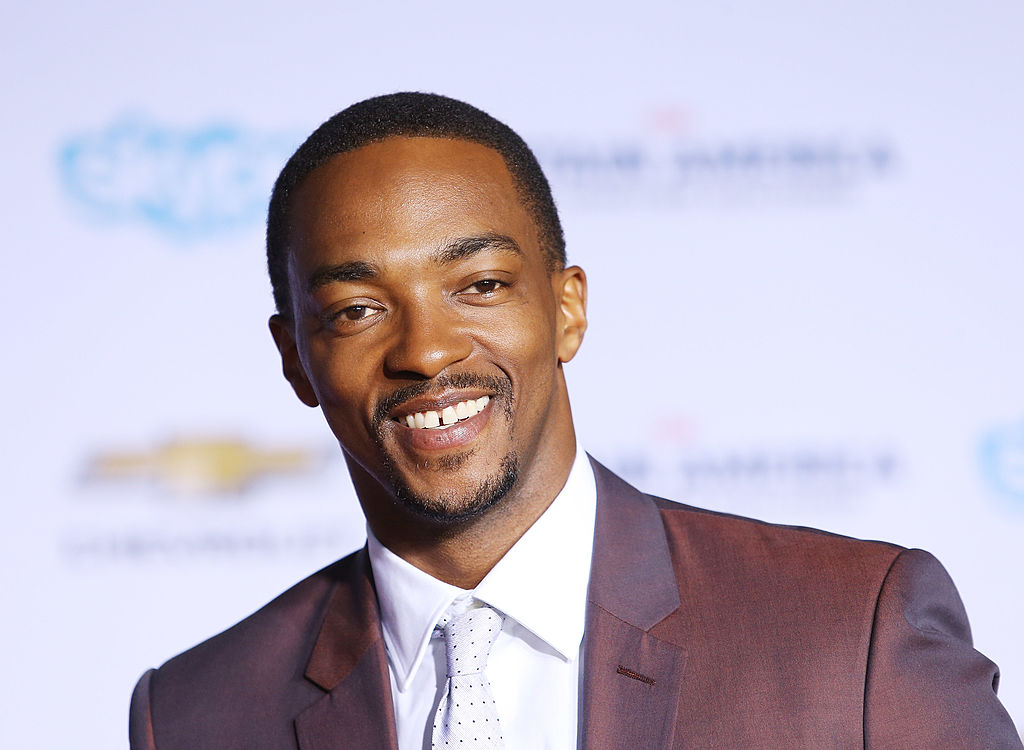 According to actor Anthony Mackie, Marvel’s bold foray into social justice with “The Falcon and the Winter Soldier” is no one-off. The newly-minted Captain America reveals in the latest episode of the studio’s behind-the-scenes series, “Assembled,” the MCU is now out to change the way society looks at itself.

Mackie, who plays Sam “The Falcon” Wilson, says of his transition into Cap at the end of FATWS:

It’s been an emotional experience, especially in the time in which we live in now. For Marvel to give me the opportunity as a black man, from the south, to become Captain America, I think, says a lot, not only about the work that I’ve put in to get to this point, that they would entrust me with that. But with the way that they’re hoping to change the way society looks at itself.

Producer Nate Moore clarifies what Mackie means: “As a black man in America, to take on the stars and stripes, and wear that proudly, that’s not something that Sam Wilson would do out of the box.”

Lest these be dismissed as off-the-cuff comments, not necessarily representative of Marvel’s views, head writer Malcolm Spellman’s strikingly similar statement to Variety a few weeks earlier suggests the studio is intentionally telegraphing a message of racial grievance. Asked about the theme of FATWS, Spellman said it’s about a “black man confronting the stars and stripes and whether it’s even appropriate to carry that shield.”

Marvel didn’t always see such a conflict of interest between black heroes and the U.S. (a point we’ll return to in a minute), but there’s no question the latest version of Sam is decidedly woke. From a bank denying him a loan, to his sister saying her world “doesn’t matter to America,” to a subplot about a former black super-soldier who now hates his country,” the series is chock-full of suggestions little has changed since segregation. When an antagonist calls Cap’s red, white and blue shield a “monument to a bygone era, a reminder of all the people history left out,” Sam’s expression makes it clear he sympathizes with her views.

There’s some evidence fans aren’t thrilled with the MCU’s new direction. According to a report from popular YouTube personality and independent entertainment journalist Overlord DVD, viewers tuned out of FATWS “in droves” during one very particular moment — in the second episode when it becomes clear the story will hinge on BLM’s outlook on America.

Streamers use a data metric called “time out time stamp” to determine when an individual user stops watching a show or movie. For obvious reasons, this analysis provides platforms useful information in determining what audiences like and what they don’t. Overlord claims an inside source at Disney+ revealed to him that 80% of viewers timed out at almost the same moment — during an early scene when police arrive to break up an argument between Sam and Bucky “The Winter Soldier” Barnes and assume Sam is the instigator because he’s black.

“My jaw hit the floor,” Overlord reports his insider saying, “I couldn’t believe what I was seeing. All the turn out was at the cop scene where it clearly shows they were ready to pull their guns on a black guy.”

Mackie defends this storyline in “Assembled,” saying, “I felt like we would be dishonest to the fans and dishonest on a human level if we had this black man just accept this symbol without having real ambivalence about it.”

Except the black man did accept the symbol of America’s virtue without any ambivalence, and neither Mackie nor anyone else on the Marvel team expressed any issues with it at the time.

In 2019’s “Avengers: Endgame,” when Steve Rodgers gives Sam the shield, Sam offers no hint that he’s in any way morally conflicted about taking it. “How’s it feel?” Steve asks as he watches Sam pick it up. “Like it’s someone else’s,” Sam answers. “It isn’t,” Steve assures him. At that point, Sam looks down at the shield, appears choked up and says simply, “Thank you. I’ll do my best.”

This touching moment makes sense in the context of Avengers canon, given that Sam is an Air Force veteran who volunteered for multiple tours of duty. What doesn’t is a Sam who suddenly, inexplicably isn’t sure how he feels about serving his country.

And after the credits rolled on that emotional passing of the torch, did fans rebel against the idea of a black Captain America, making it necessary for FATWS’ storyline to address their dissatisfaction? Hardly. Fans were thrilled with the film, handing it the biggest box office haul the world had ever seen and a 90% positive audience score on Rotten Tomatoes.

But a lot can happen in two years and that was before the Summer of BLM and the George Floyd trial. That suggests FATWS writers and producers were less concerned with exploring a character’s organic internal struggles and more concerned with kowtowing to external pressure to endorse the progressive left’s obsession with sowing racial division in every corner of our culture.

On some level, Mackie, a Christian who grew up the son of a small businessman, seems to realize there’s something about the message of BLM and social justice that doesn’t square with the higher ideals the Avengers have previously embodied.

Long, long ago, back in 2017, Mackie didn’t buy the BLM party line, telling the Daily Beast he thought Marvel executives were wrong to insist on a black director for Black Panther: “I don’t think it’s important at all,” he said. “As a director your job is to tell a story. You know, they didn’t get a horse to direct Seabiscuit! The thing is I don’t think the race of the director has to do with their ability to tell a story.”

Maybe that’s why, at points in “Assembled” Mackie can’t help offering opinions that directly conflict with the PR narrative the rest of his team is pushing.

“I’m not black Captain America. Steve wasn’t white Captain America. He was solely Captain America,” he says. “So as a society, as a country, we need to realize, that all the people who are citizens here on this soil, no matter what their origins are, they are Americans. Later, seeming to betray some discomfort with the PR messaging the studio is crafting for the public, Mackie even advocates meritocracy over tokenism when it comes to superheroes.  “You know, Sam realizes he deserves the right, he’s earned the right of Captain America,” he says, “and that has nothing to do with his race or his background.”