According to a new book previewed by the New York Post, Alec Baldwin was prone to outbursts on the set of long-running NBC sitcom, “30 Rock.” In one passage of the new tell-all about the series, titled, “The 30 Rock Book: Inside the Iconic Show, from Blerg to EGOT,” editor Doug Abel claims the ‘Rust’ actor threatened to assault first-season director Adam Bernstein.

“According to [editor Doug] Abel, Alec turned to [Bernstein] and said that if he did that one more time, he was going to assault him. And he didn’t say it with a smile on his face,” the Post quotes the book, which releases Nov. 30, continuing, “For reasons unknown, this angered Alec Baldwin.”

The story goes on to say that the editor believes “animosity between the two was one reason why Bernstein — who went on to direct episodes of ‘Breaking Bad’ and ‘Fargo,’ among others — left the show in 2007 after only 6 episodes.”

Another director on the show, Paul Feig, best known today for directing episodes of “The Office” and the movie “Bridesmaids,” called working with Baldwin, “challenging.”

“[He] turned out to be the least fun to work with,” Feig said. But he put the blame, in part, on the fact that Baldwin was considered a major film star at the time and viewed as a big draw for the show.

“In Alec’s case, he was like, I just want to get in and get out,” Feig is quoted as saying, “[especially if] you wanted to do something elaborate … more than a few takes.”

The director reportedly added, “Alec is so brilliant that in two takes, you get something great. It’s just that as a director, then you go, ‘Ooh, try this,’ because I could maybe even make it ten percent greater, and he’s just like, ‘No, we got it.’”

Baldwin has become known for angry outbursts over the years thanks to incidents like a leaked 2007 voicemail in which he screamed at a then-11-year-old Ireland Baldwin, his daughter with ex-wife Kim Basinger, calling her a “rude, thoughtless little pig.”

As The Daily Wire previously reported, the 63-year-old is now facing a lawsuit stemming from his accidental shooting of 42-year-old cinematographer Halyna Hutchins on the set of the western film, ‘Rust,’ last month. Mamie Mitchell, script supervisor on the set, was the crew member who called 911 and said in her filing, “I could not believe this was happening. I gave my statement to law enforcement and drove home. Ten minutes after I got home someone notified me that she was dead. I stood in my driveway screaming.”

I’ll never forget what happened on the set of “Rust” that day. I relive the shooting and the sound of the explosion from the gun over and over again. I’m depressed; I don’t feel safe; I feel like at any moment anything could happen to me and to those that I care about that are standing close to me. I don’t have a sense of guard rails in my life to keep me safe; I’m frightened of the future; this violent tragedy has taken away the joy in my life.

0 19
‘A Gift From God’: Trey Gowdy Says Republicans Will Use Court-Packing Bill To ‘Bludgeon Democrat Candidates in 2022’ 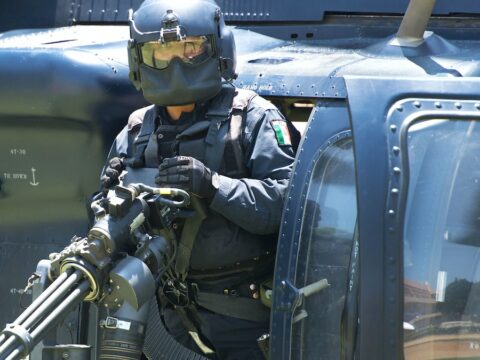