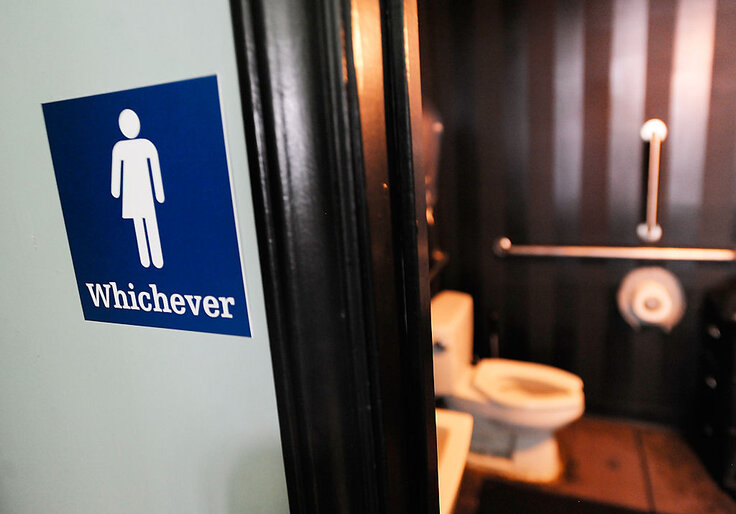 The House is expected to vote Wednesday on a Democratic bill backed by President Biden that would require federally funded colleges and universities to grant students access to traditionally single-sex “shared facilities” based on their chosen “gender identity.”

If passed, H.R. 5—better known as the Equality Act—would change the legal definition of “sex” in the 1964 Civil Rights Act to include “sexual orientation and gender identity.” That would force colleges to allow students to use restrooms, locker rooms, and dressing rooms based on the sex with which they identify, as opposed to their biological sex.

Like the Civil Rights Act, the Equality Act would affect every institution that receives federal aid.

The Equality Act does not include a religious exemption, unlike other sexual orientation and gender identity laws. The measure would prevent religious institutions from claiming exemptions to pro-LGBTQ mandates under the Religious Freedom Restoration Act, according to Greg Baylor, the director of the Center for Religious Schools and Alliance for Defending Freedom’s senior counsel for government affairs.

The bill would affect more than universities. Doctors could be sued if they refuse to provide hormones or sex-reassignment surgeries for children, said Michelle Cretella, executive director of the American College of Pediatricians. Foster care and adoption agencies that oppose same-sex marriage on the basis of religion would be forced to serve same-sex couples.

Opponents say the Equality Act could force K-12 schools to incorporate “critical gender theory” into school curricula. That would require students as young as five to select their own pronouns and enforce policies that allow students to use restrooms based on gender identity instead of biological sex.

Rep. David Cicilline (D., R.I.) last week reintroduced the Equality Act, which has gained traction since the November election with support from President Joe Biden. The House passed the bill in 2019 and is likely to do so again. It is unlikely the bill will pass the Democratic-controlled Senate, where 10 Republicans would need to end debate on the bill and send it to a floor vote.

The Equality Act has been criticized by a number of groups, including Promise to America’s Children, a coalition of nonprofits opposed to policies that “use children as pawns to advance a sexual agenda.” Member organizations include the Alliance for Defending Freedom, the Family Policy Alliance, the Heritage Foundation, and dozens of state-level family policy organizations.

Republican Rep. Vicky Hartzler (Mo.) has emerged as a vocal opponent to the Equality Act. Speaking at a Heritage Foundation event Tuesday, she expressed concern that the bill would prevent parents from acting in the best interest of their children.

Emilie Kao, the director of the Heritage Foundation’s Center for Religion and Civil Society, said the Equality Act pushes a federally endorsed stance on marriage.

“Children are being sexualized not only through the culture and social media, but through policies and laws that are passed both at the state and federal level,” Kao said at the Heritage event. “The Equality Act would add sexual orientation and gender identity to the Civil Rights Act and establish a government-favored viewpoint on marriage.”