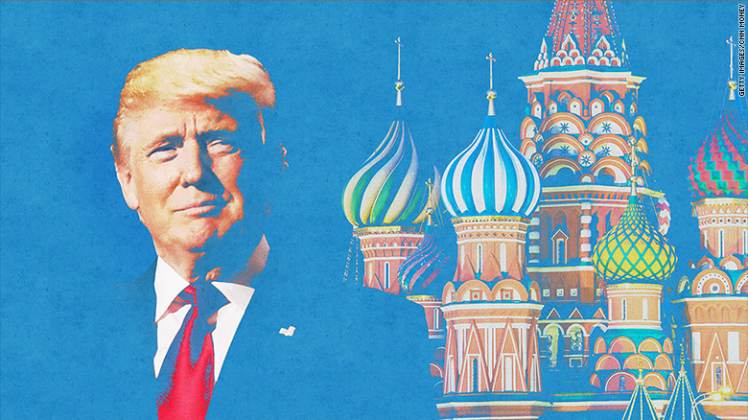 John Durham’s investigation is not over. His indictment of Michael Sussmann, one of Hillary’s lawyers from her failed 2016 campaign, provides a road map for bringing  conspiracy charges against the people working with Sussmann, such as Christopher Steele and Glenn Simpson. The plot to paint Donald Trump as a tool of Vladimir Putin and the Russians was manufactured by Hillary Clinton and her senior staff. How do I know?

When John Podesta’s emails were phished and published in late 2016, there was a smoking gun. Podesta was the head of Hillary’s campaign. In December 2015 it was becoming clear that Donald Trump was not a joke and had a good chance of winning the nomination. Podesta had an email exchange with Brent Budowsky, a longtime Democrat operative who served in senior congressional staff positions including legislative assistant to former Senator Lloyd Bentsen.[6] Budowsky played a key role in crafting  the Intelligence Identities Protection Act and Intelligence Officers Death Benefits Act.

The email exchange between Podesta and Budowsky on 21 December 2015 focused on Hillary’s vulnerability for supporting Obama’s failed policy in Syria. Budowsky offers a revealing comment on the anti-Putin thinking in the Hillary campaign:

I love Kerry like a bro’ and support him always as HRC should and does. But be careful about the U.N., support but don’t go too far. Putin did not agree to anything about removing Assad and continues to bomb the people we support. We pushed the same position in 2012 (Geneva 1, which HRC knows all about) and Geneva 2 in 2014. Odds that Putin agrees to remove Assad are only slightly better than the odds the College of Cardinals chooses me to someday succeed Pope Francis.

Then Budowsky recommends what to do with Trump on the Syria issue. His email states it starkly:

Best approach is to slaughter Donald for his bromance with Putin.

This is a critical point to understand. The plot against Trump was not based on a simple dislike of someone perceived as an uncouth bully from New York. His policy stances on issues like Syria and NATO were viewed as an attack on the establishment status quo, i.e. the Deep State.

Such effrontery could not be tolerated.

This email shows that top political minds in the Clinton campaign were recommending using the perception of close ties between Trump and Putin as a means for attacking (and weakening) Trump. Remember, this was December 2015 and Donald Trump still had six months of primaries to win to get the nomination.

We now know that the Steele Dossier and the targeting of George Papadopoulos, Carter Page and General Michael Flynn and the alleged hack of the DNC by Russia was a coordinated plot. Along with Clinton Campaign operatives, this effort included foreign intelligence agencies (e.g., MI-6), U.S. intelligence agencies, private contractors working for those agencies, the FBI and the Department of Justice.

0 21
Senate Passes The Largest Infrastructure Package In Decades, Over A Dozen Republicans Vote In Favor