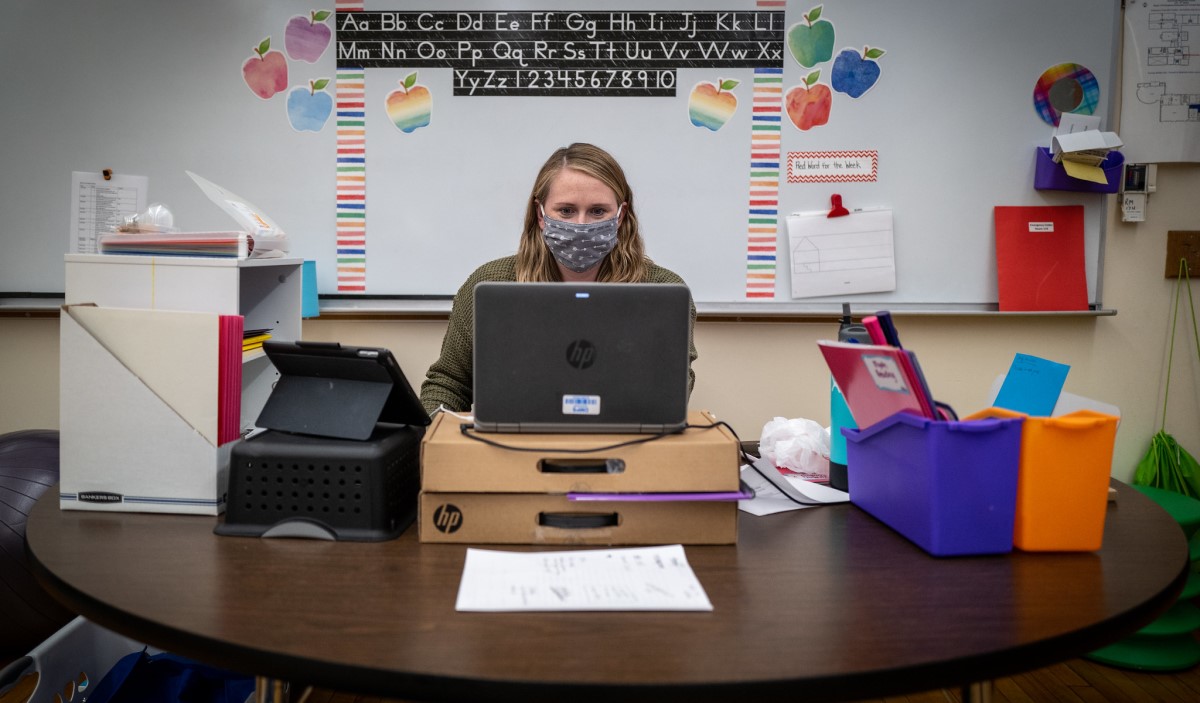 Would you believe that American families want their school-age children spending time in an actual school? As enrollment data continue to trickle in, evidence continues to mount that families have abandoned public schools in large numbers, for the second academic year running.

What’s more, Covid lockdowns and restrictions, coupled with a newfound awareness by parents of woke indoctrination in many public schools, have families embracing private educational options.

Last June, the federal Department of Education released preliminary enrollment data for the 2020-21 school year. That initial report showed a drop in public school enrollment of 3.8 percent over the previous school year of 2019-20. Since there were approximately 51.1 million children attending public schools in 2019-20, that’s an enrollment loss of nearly 2 million in just that one school year.

All states reported enrollment declines, and enrollment among the youngest students—those in preschool and kindergarten—declined the most, at 22 percent and 9 percent, respectively. The final enrollment data for 2020-21 won’t get released until later this spring, but preliminary reports for the 2021-22 academic year show a decline in public school enrollment for the second straight year.

NPR reported on the attendance declines that many large districts saw for the school year that began this past August and September:

The NPR story spoke of “troubling enrollment losses”—and that term does apply in some cases. The outlet examined students who left high school to go work before graduating, or children who simply vanished from a district’s rolls.

The reasons for these types of enrollment losses can vary, from moves and dislocation caused by the pandemic, to frustration with online learning, to some families holding their children out of school due to fear of the virus. Districts can and should do all they can to get these students back into education, continuing outreach to track families down, or offering flexible options that allow students to return and complete their high school diploma.

Separate and distinct from those students who vanished from formal education entirely, another type of change continues within K-12 education. Parents frustrated with Covid lockdowns and restrictions, and wanting a better quality education for their children, have used the mass disruptions to their families to explore other options.

Newly released data show that, while public school attendance declined again this past fall, Catholic schools enjoyed a banner year for new enrollment. (Disclosure: While I attended Catholic schools, and have served as a consultant for various school choice clients, none of them had any role in this article, and my views are, as always, my own.)

The trend extends far beyond Catholic schools. The National Association of Independent Schools, which represents non-religious private academies, reported a net increase of 1.7 percent during the two years of the pandemic, with even higher growth of 6 percent among preschoolers.

Why are private schools booming? Because of the experiences of parents like Sarah McVay, who explained to NPR why she pulled her students out of public schools in Seattle this fall: “We stuck it out the pandemic year—bad choice—and my third grader essentially sat bored, learning very little all year. The number of tech issues was infuriating…it was constant.”

When McVay heard her son would have a long-term substitute had he remained in public school this fall, she had seen enough. Although not even religious, she enrolled her kids in a Lutheran school “as an act of desperation.” She found the school “truly amazing,” and said that “we are going to stay through eighth [grade] now.”

Despite all the losses inflicted by the pandemic—the loss of life, and the learning loss far too many students suffered—the way frustrated parents have demanded a bigger say in their children’s education has made a positive impact on the education bureaucracy in ways even the lefties at NPR can understand. Their story quoted Minneapolis’ superintendent as admitting that “families have a desire to gain more control of their lives” and “are making calculated decisions to pursue other learning options that are best for their children and themselves.

Hinojosa says he’s had to get creative, even before the pandemic, reaching families and winning them over. Now, he says, they’re pulling out all the stops, including the creation of new schools with more popular curricular offerings.

‘We embrace competition, which makes us better,’ Hinojosa says. ‘And I think we’re beating them.’ Though that’s not yet reflected in the district’s enrollment.

Ultimately, that competition, and those improvements to public school programs, will help students, even if public school enrollment in Dallas and elsewhere never returns to pre-pandemic levels. It’s why study after study shows that private school choice helps the educational outcomes of both the students who leave and the students who remain in public schools.

It’s also yet another reason lawmakers should keep expanding school choice at the state level—particularly if Republicans recapture governorships and state legislatures this November. When it comes to reforming American education, frustrated parents have taken the initiative and led the way; now they need lawmakers to give them more tools to complete this “parent power” revolution.

0 20
Journalist Andy Ngo Brutally Attacked In Portland: ‘Antifa Tried To Kill Me Again While I Was Reporting’