The U.S. Navy announced on Wednesday that it has discharged its first 45 members who have refused to take the Armed Forces’ COVID-19 vaccine.

The concerning report could grow in number, as the latest update from the Navy on Wednesday revealed nearly 8,000 of its personnel remain unvaccinated. The total includes “5,035 active component and 2,960 Ready Reserve service members.”

Among the first 45 Navy service members released included 23 Active Component Sailors, along with 22 Entry Level Separations (ELS). ELS members refer to members within their first 180 days of active duty, according to the report.

Despite 3,258 “active duty requests” for a religious accommodation for exemption from the COVID-19 vaccine, zero requests have been approved. As of Wednesday, just 10 permanent medical exemptions, 259 temporary medical exemptions, and 59 administrative exemptions have received approval.

In addition to active duty requests for a religious accommodation, 776 Ready Reserve members have made a request. Zero have been approved.

“It is my responsibility to deliver the most capable force and this guidance helps us maximize mission readiness,” Vice Adm. Bill Merz, Deputy Chief of Naval Operations for Operations, Plans and Strategy, said in a press release.

“The Navy continues to execute its mission around the world while we work through the challenges of this pandemic. Vaccinations, vaccine boosters, command engagement, and personal accountability are the foundation of our success in fighting COVID-19,” he added.

The Navy’s report follows an Air Force report in December that said 27 members were removed for not complying with its COVID-19 vaccine mandate deadline on December 2.

As of January 25, the Air Force has also not approved a single religious accommodation request.

“As of Jan. 21, the Air Force has administratively separated 111 active duty Airmen,” according to the update.

Earlier this month, The Daily Wire reported that Florida Republican Rep. Brian Mast shared his concerns about the vaccine mandate for Marines in a letter to General David H. Berge:

“On top of the unconstitutionality of President Biden’s vaccine mandate, this has serious implications for our force readiness,” Mast wrote.  “Separating hundreds – and potentially thousands – of Marines for exercising their rights can put the United States at a huge military disadvantage.”

The letter asked the general about the 206 Marines discharged for refusing the vaccine and how that could potentially affect the USMC’s readiness.

“I understand that as of December 30, 2021, the U.S. Marine Corps has separated a total of 206 Marines for refusing the COVID-19 vaccine,” the letter read. “Further, USMC has not granted a single religious exemption of the 3,247 it has thus far processed, despite USMC having a higher vaccination rate than all countries except the United Arab Emirates. The consistent denial of religious exemptions strongly indicates that further separations are forthcoming. Therefore, I request a disclosure of the Military Occupational Specialty (MOS) of each of the 206 Marines discharged for refusing the COVID-19 vaccine, as well as the MOS for each of the 3,247 Marines who have been denied religious exemptions.”

Sen. Ted Cruz (R-TX) tweeted: “President Biden is wrong for punishing our Servicemembers over their religious freedom. I am pleased to see a judge issued a stay against Biden’s authoritarian vaccine mandate.”

President Biden is wrong for punishing our Servicemembers over their religious freedom.

I am pleased to see a judge issued a stay against Biden’s authoritarian vaccine mandate.
https://t.co/waFYUmWKCy 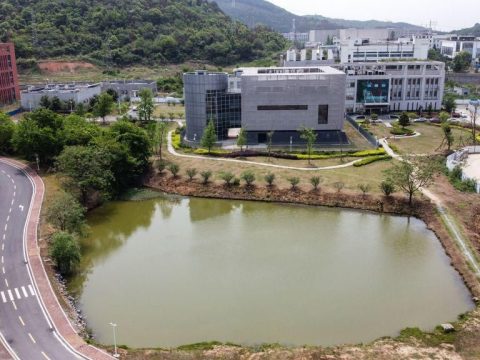