NATO Secretary-General Jens Stoltenberg said Sunday on NBC’s “Meet the Press” that Russia’s use of chemical weapons in Ukraine would be a “blatant and brutal violation of international law.”

Stoltenberg said, “Our allies support Ukraine, but at the same time, it is extremely important that we prevent this conflict from becoming a full-fledged war between NATO and Russia because that will cause much more damage, much more death, destruction than what we see now in Ukraine. Russia is a nuclear power.”

He added, “We are very much aware of that we need to act in a way that prevents this conflict from going from being a very bloody, ugly, horrific conflict in Ukraine to something that turns out to be a full-fledged war between NATO and Russia, in Europe, and also potentially involving, of course, the United States directly.”

0 3
Kurt Schlichter: If Telling People to Shape Up Is Bullying, Then America Needs More Bullying 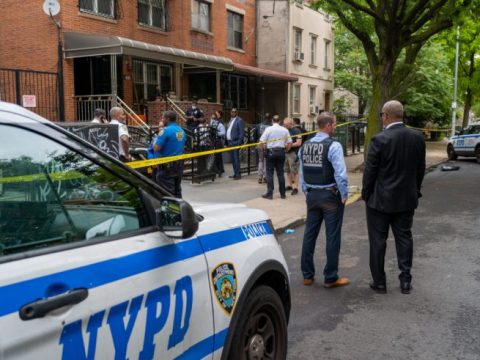 0 28
‘Another Day in the Neighborhood’: Stray Bullet Hits Eight-Month Pregnant Woman in Manhattan