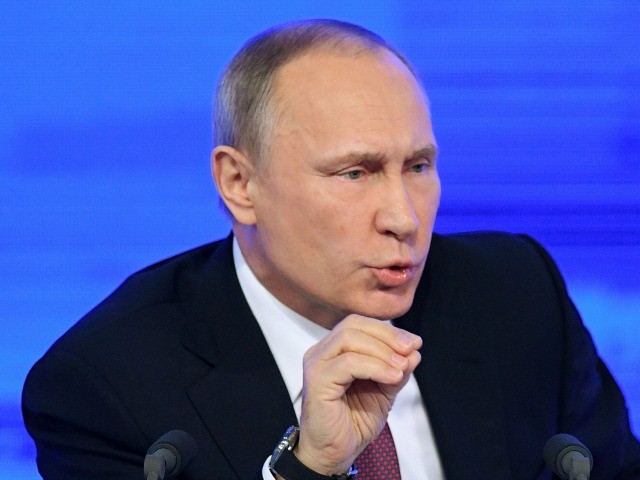 Jens Stoltenberg, Secretary General of NATO, on Monday demanded honest answers from Moscow about the “large and unusual concentration” of Russian forces massing along the Ukrainian border.

“Any further provocation or aggressive actions by Russia would be of serious concern. We call on Russia to be transparent about its military activities,” Stoltenberg said at a press conference in Brussels with Ukrainian Foreign Minister Dmytro Kuleba.

“We have to be clear-eyed, we need to be realistic about the challenges we face. And what we see is a significant, large Russian military build-up,” Stoltenberg said.

“We see an unusual concentration of troops, and we know that Russia has been willing to use these types of military capabilities before to conduct aggressive actions against Ukraine,” he warned.

Stoltenberg elaborated that NATO believes the concentration of 100,000 or more Russian troops close to Ukraine, combined with separatist fighters allied with Moscow already operating in the Donbass region and Russian troops in the illegally annexed Crimean peninsula, means Russia could decide to “conduct a military aggressive action against Ukraine” with very little notice.

“What we see along our border is a sophisticated military infrastructure, rolled out during the spring escalation, that is ready to be used for offensive operations against Ukraine,” Kuleba said from Brussels.

“I cannot speculate on the exact scale of those operations, but back in 2014 it was unimaginable that Crimea would be seized by Russia. Therefore, I cannot exclude any scenario at this point,” he said.

A NATO source told Reuters on Monday that Russia has been moving “large equipment such as tanks, self-propelled artillery and infantry fighting vehicles” to the Ukrainian border at night, to avoid filling social media with photos and videos of the deployment.

The NATO official said this was a troubling contrast with Russia’s military buildup last year, which was conducted in broad daylight with copious social-media coverage and was therefore seen as more of a political ploy to increase pressure on the Ukrainian government. The implication was that moving heavy equipment by night means the Russians are more serious about actually using it this time around.

As to whether Russia might invade Ukraine while the European Union and NATO are focused on the migrant crisis in Poland created by Russia’s ally Belarus, the NATO source said, “I would not exclude that as a possibility.”

Kuleba sounded a similar warning on Monday, arguing Russia’s provocative actions on the Ukrainian and Belarusian borders were part of a “broad strategy to shatter Europe.”

Lithuanian Foreign Minister Gabrielius Landsbergis went even further, noting Ukraine and Belarus are roughly the same distance from where Russia is massing troops, so Russian President Vladimir Putin could be planning to use either crisis zone as cover for invading the other.

“I think that what Putin might be playing is that we don’t have an answer to who is under attack,” Landsbergis said.

The United States, the United Kingdom, and the European Union also expressed concerns about Russia’s military buildup over the weekend.

“We’re very concerned about some of the irregular movements of forces that we see on Ukraine’s borders. I can’t speak to Russia’s intentions. We don’t know what they are, but we do know that we’ve seen in the past Russia mass forces on Ukraine’s borders,” U.S. Secretary of State Antony Blinken said on Friday.

Blinken said Russia could be looking for “some kind of provocation” as the pretext for an invasion, similar to the strategy employed when Russia annexed Crimea in 2014.

“We are seeing a concerning situation at that border. We remain in unwavering support for Ukraine’s territorial integrity and will continue to support them in the face of Russian hostility,” said a spokesman for U.K. Prime Minister Boris Johnson on Monday.

Ukrainian officials said on Monday at least 301 of their citizens have been illegally “convicted” of “espionage” by Russian-backed separatists in the turbulent Donetsk and Luhansk regions, and another 258 have disappeared without a trace.

The Ukrainian government accused the separatists of violating ceasefire agreements thousands of times, creating a dangerous environment where searching for the missing Ukrainian citizens is impossible.

“Every day we see that something is happening. Someone is taken captive, then released, then is taken again,” said Ukrainian Parliament Commissioner for Human Rights Liudmyla Denisova.

Russian officials denied holding any hostile intentions toward Ukraine, instead accusing the Ukrainians and NATO of provocative actions that forced Russia to mass its forces in a defensive response.

“Such headlines do nothing more than pointlessly and groundlessly fuel tensions. Russia does not pose a threat to anyone,” insisted Kremlin spokesman Dmitry Peskov.

In particular, the Russians complained about NATO’s air, ground, and naval maneuvers in the Black Sea region, and about Ukraine using Turkish-made drones to attack targets in Donbass.

Putin claimed on Saturday that U.S. and NATO naval exercises in the Black Sea were alarming to Russia, but said he would work on de-escalating tensions.

“The United States and its allies in NATO are carrying out unplanned exercises in the Black Sea. Not only is a rather powerful naval group involved in these exercises, but also aviation, including strategic aviation. This is a serious challenge for us,” Putin said.

Putin said Russia “had a proposal to hold its own unplanned exercises in the same waters,” but he decided those exercises would be “inappropriate” because “there is no need to further escalate the situation there.”

Putin accused Ukraine of violating the Minsk protocols for resolving the separatist crisis by using Turkish drones against the Donbass rebels.

“But no one even reacts to this, and the U.S. practically supported it,” he grumbled.

Turkish and Ukrainian officials defended their strategic partnership and defense cooperation at a defense expo in Istanbul on Monday, touting over 30 joint projects launched within the past four years.

“Ukraine and Turkey are not just two countries that sell products to each other, but countries that do business together and work towards strengthening both countries in the defense sphere,” said Vasyl Bodnar, Ukraine’s ambassador to Turkey.

“Some Turkish companies have already opened offices in Ukraine, including Aselsan, Bayraktar, and others. They can develop their cooperation in a wide range of proposals. We invite Turkish companies to open production facilities in Ukraine, as we are currently working on changes in the system of defense orders and reforming the structure of Ukroboronprom, which will allow for a more liberalized market,” Bodnar said.

Bayraktar is the Turkish company that produces the popular line of unmanned aerial vehicles purchased by Ukraine, which announced on Friday it would buy another batch of Bayraktar drones to join the six it purchased in 2019. The Turkish drones became popular with Middle Eastern and Eastern European buyers after they performed well during Turkey’s military incursions into Syria.

Ukroboronprom is Ukraine’s scandal-plagued state-owned defense contractor. Reforming the enterprise has been a major goal of President Volodymyr Zelensky’s administration. 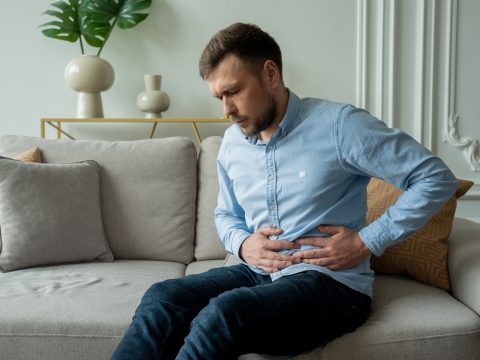