FiveThirtyEight’s Nate Silver said Sunday on ABC’s “This Week” that he was not “buying” former Gov. Sarah Palin’s political comeback bid for her state’s sole seat on the U.S. House of Representatives.

Sliver said, “Sarah Palin is an important figure historically. In some ways, she was the forerunner of the populist temperament that would later bring us President Trump, but there are reasons to be skeptical about her comeback chances.’

He continued, “Alaskans didn’t like she quit on the job in 2009 before serving out her term. In fact, her favorability rating in a poll last October was only 31%.”

He added, “She’s also getting a late start on a race chock-full of other candidates, almost 50 of them, in fact. That includes high-profile GOP contenders.”

Silver concludes, “I don’t know what odds I’d put on Palin. It’s safe to say above zero but below 50%. But overall. I’m not really buying her comeback.” 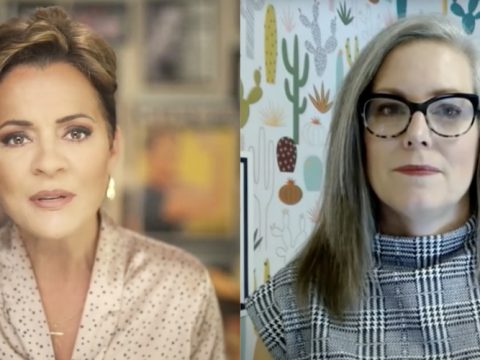 0 49
Kari Lake Reveals Her Opponent Fought to Remove the Pledge, Anthem, and Constitution From AZ Schools