As important as the data on the screen was, the words and the discussion possibly meant the most.

“It was maybe a little bit of a Festivus,” said former Cup champion Brad Keselowski, indicating that the meeting was an airing of grievances. “But that’s OK. Sometimes we need that.”

Drivers indicated that the meeting did get tense at times, but they generally were pleased that the crash test Wednesday will allow for improvements for 2023.

Brad Keselowski on the meeting with NASCAR

NASCAR did not provide anyone to speak after the meeting, with a spokesman confirming only that the test went well and that changes to the rear bumper construction, rear chassis clip and center chassis clip will be implemented for next year. With just a month left in the 2022 season, there is not enough time to build new clips for this year.

“There is a plan to try to help the rear impacts … but we need to stay focused on the rest of the car as well,” former Cup champion Joey Logano said. “There are a lot of other spots on the car we want to make better as well.”

The meeting Saturday was the result of a driver uproar over the safety of the car, the likes of which the sport hasn’t seen in decades. Three full-time drivers will miss the Cup race Sunday at the Charlotte Motor Speedway road course. Kurt Busch has missed the past three months due to a concussion, Alex Bowman has missed the past two races due to a concussion, and Cody Ware will miss this week’s race because of a broken ankle suffered two weeks ago.

The concussions have been triggered by rear impacts in which the car does not crush considerably, and thus the driver absorbs much of the energy in the crash. The rear of the Next Gen car is stiffer to protect the new suspension system from braking and to protect the location of the fire cell in the car, which debuted this year. 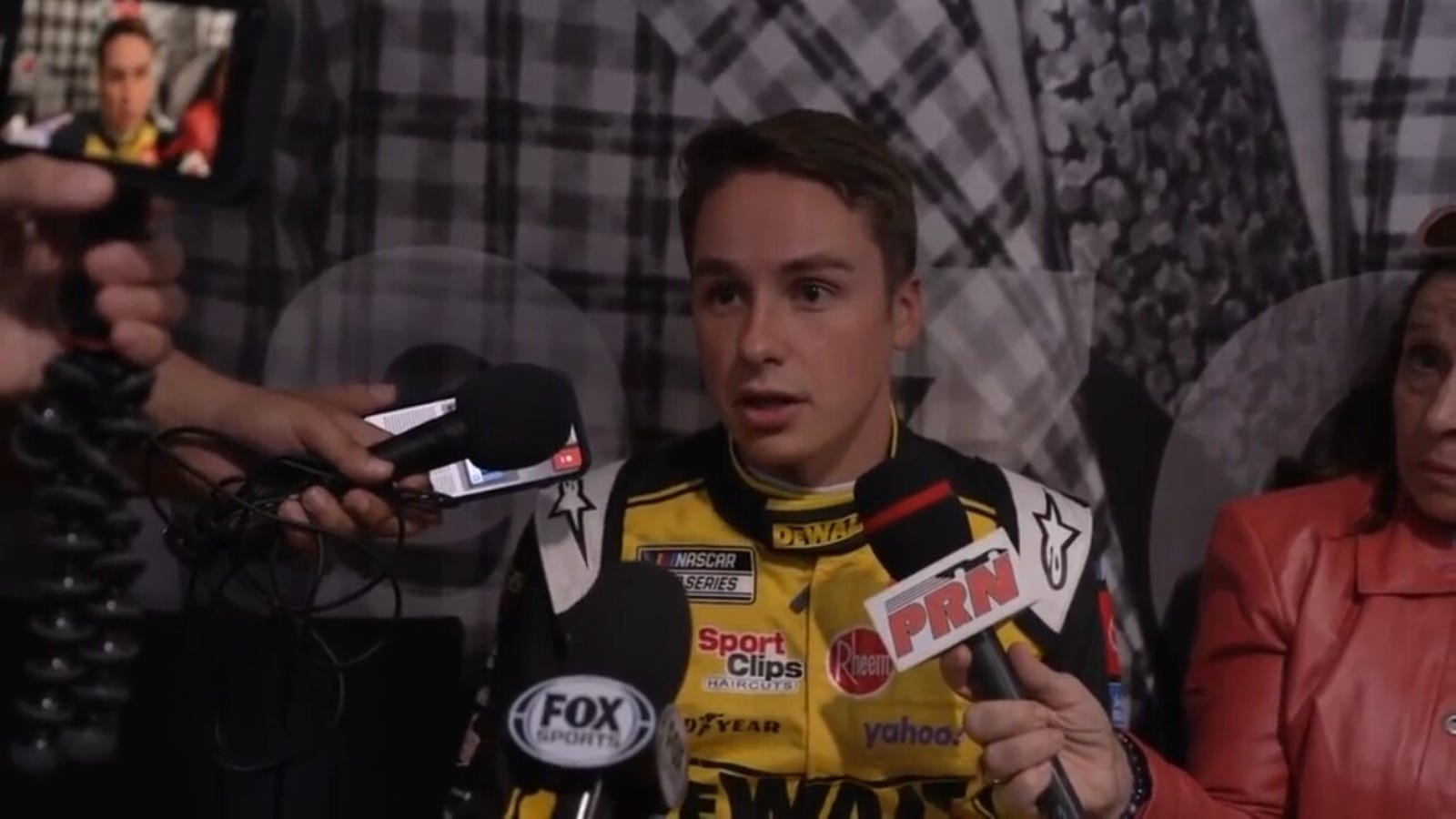 Christopher Bell said the data from the crash test Wednesday that NASCAR shared with drivers indicated that the changes to the rear bumper construction, rear clip and center clip were better for the drivers.

NASCAR made the car more capable of avoiding intrusion into the cockpit, particularly if the car were to get upside-down. Unfortunately, crashes with the Next Gen car have been more frequent — nearly double this year compared to last — as the car is more difficult to drive, with more horsepower and a smaller spoiler, and the angles of the accidents combined with those higher speeds have resulted in an increase in G-forces in incidents.

Logano said he felt “much better” after the meeting.

“The meeting was very open and honest, which I feel like was necessary for all the drivers to get some things off their chest and their real concerns of what we’ve been going through and the experiences from inside the car,” he said.

“The frustrating part is it took way too long to have that meeting. That meeting should have happened Monday after Kurt’s crash [in July], not waiting until Alex had his crash, and at least hear us out. I’m not saying they weren’t working on it after Kurt’s crash, but the communication in person is so important.” 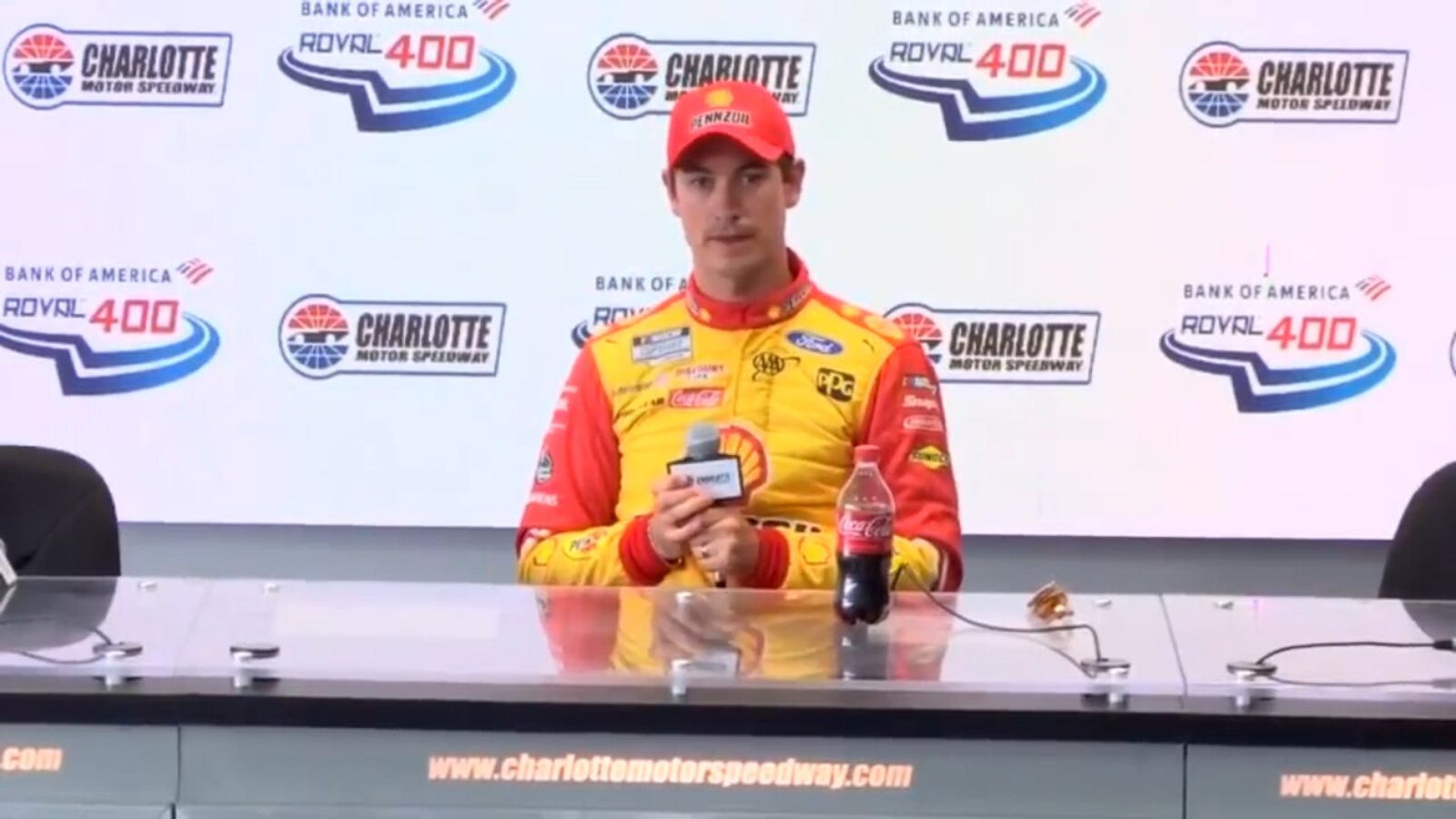 Joey Logano said he felt better after the safety meeting, but it should’ve happened about three months ago.

One source of drivers’ frustration is that when they crashed in initial testing with this car, they said they felt the hits more, but the drivers in general feel those concerns were never totally addressed.

“The unfortunate side is we knew about this stuff before, coming into this year, and we thought it would be OK, and it wasn’t,” driver Ryan Blaney said. “It is harder. You had guys saying right away in preseason testing, like, ‘These hits feel a lot harder than what it was last year,’ and to us, it’s frustrating that no one listened or believed because we’re the only ones who feel these hits.

“No one from NASCAR is strapping in and going and feeling these hits.”

NASCAR has been working with a drivers advisory council chaired by former driver Jeff Burton to communicate with the drivers, but they acknowledged that more communication is needed. There was talk Saturday about another possible meeting Sunday.

“They’re obviously working on things, but they are in a box with this car being quite a bit different than the previous car,” defending Cup champion Kyle Larson said. “They’re working toward trying to make things a little bit better on us.

“What they’ve learned is not as good as the previous cars still, but it’s at least an improvement. That side of things is good.”

Keselowski, who co-owns his Cup team, was diplomatic.

“More or less, we’re on the right path,” he said. “We just not pleased with where we’re at today.”

Bob Pockrass covers NASCAR for FOX Sports. He has spent decades covering motorsports, including the past 30 Daytona 500s, with stints at ESPN, Sporting News, NASCAR Scene magazine and The (Daytona Beach) News-Journal. Follow him on Twitter @bobpockrass, and sign up for the FOX Sports NASCAR Newsletter with Bob Pockrass.

Get more from NASCAR Cup Series Follow your favorites to get information about games, news and more 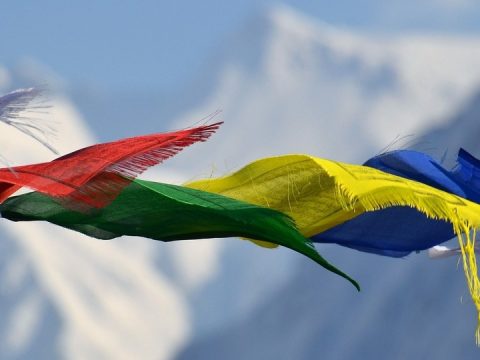