FILE- In this Aug. 6, 2020 file photo, New York State Attorney General Letitia James takes a question at a news conference in New York. The Office of the New York Attorney General said in a new report, Thursday, May 6, 2021, that a campaign funded by the broadband industry submitted millions of fake comments supporting the 2017 repeal of net neutrality.  (AP Photo/Kathy Willens, File)

New York Attorney General Letitia James has uncovered a massive lobbying scheme attempting to undermine net neutrality regulations put in place in 2015. While the leader behind the scheme is currently unknown, the plan ultimately led computers to generate millions of comments being filed with the FCC by outside firms.

Six firms funded by internet providers reportedly generated fake comments using real people’s identities in order to advance the interests of those same internet providers. This practice is known as astroturf lobbying. Millions of fake accounts posing as real people, otherwise known as bots, can easily be created off of a single computer.

The whole scheme was allegedly directed at influencing the FCC to repeal net neutrality regulations put in place by the Obama Administration in order to keep providers from decreasing speed or increasing prices for certain websites over others.

Opponents of net neutrality argue that without the provision, internet providers could increase prices for large bandwidth platforms like Netflix and even make other platforms like Facebook and Google, free. Opponents also argue less regulation would essentially increase development and investment in the internet industry, allowing providers to develop technologies like 5G a lot faster.

Regardless of which side people fall on when it comes to the issue of net neutrality, the New York Attorney General’s investigation found foul play by large internet service providers. In fact, of the 22 million comments posted to the FCC, 80 percent of those comments were fraudulent bots using real people’s identities.

Sen. Rob Portman (R-Ohio), who headed the committee in charge of looking into rolling back net neutrality, received about 14,000 comments that argued in favor of the internet service providers. This has since uncovered an even bigger issue in American policy discussions, especially ones that take place online.

As of now, this is one of the first major examples of a powerful industry looking to sway public opinion to serve their interest. Leaving the unanswered question: how many massive corporate industries are conducting similar campaigns to shape the public’s perception of reality?

0 3
Russia Claims Ukraine Standoff Is Over 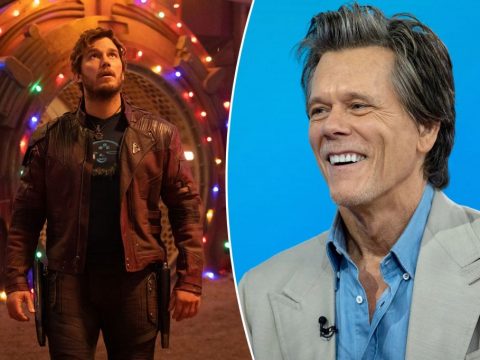 0 8
Kevin Bacon Tells Us: It’s “Really Cool” Being a Hero in “Guardians of the Galaxy”