MyPillow CEO Mike Lindell was picking up food at a fast food chain drive through when three cars driven by federal agents blocked him.

It was Sept. 13 afternoon in Mankato, Minnesota. Lindell and a friend were half way back from a duck hunting trip in Iowa.

As one car pulled up perpendicularly in front of his car, a second pulled up alongside; and a third then appeared from behind, sandwiching Lindell’s car in the middle.

Lindell stuck his head out of the car window. “Who are you guys?” he asked.

The agents identified themselves as the FBI. “We just wanted to talk to you,” they said, Lindell recounted in an interview with The Epoch Times.

The FBI, he said, targeted him over the voter fraud allegations he has voiced, and later seized his cell phone despite his vocal protests.

In what might have lasted between half an hour and 45 minutes, Lindell’s food ran cold and his ice cream malt melted as the FBI agents questioned his proof to back up the election fraud allegations. Among other lines of questioning were Lindell’s ties to Colorado Mesa County clerk Tina Peters, the local election overseer he met at a cyber symposium he hosted last August. Peters has faced charges related to a breach of security protocols for her county’s voting systems, to which she pleaded not guilty last week.

They asked him about his meeting with Ohio math teacher Douglas Frank, who also believes the 2020 presidential election results were manipulated, and about Lindell’s frequent air travel.

“Well, I got bad news for you: we are going to take your cell phone,” Lindell remembered the agents saying.

“No you are not, I’d rather be arrested, you are not going to get my phone,” he replied. Since he doesn’t have a computer,

0 28
Rep. Crenshaw: The only people Biden holds accountable are border agents for doing their job 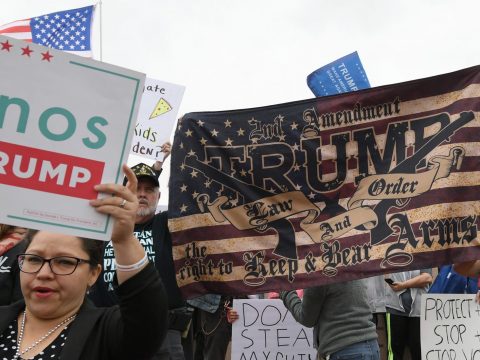