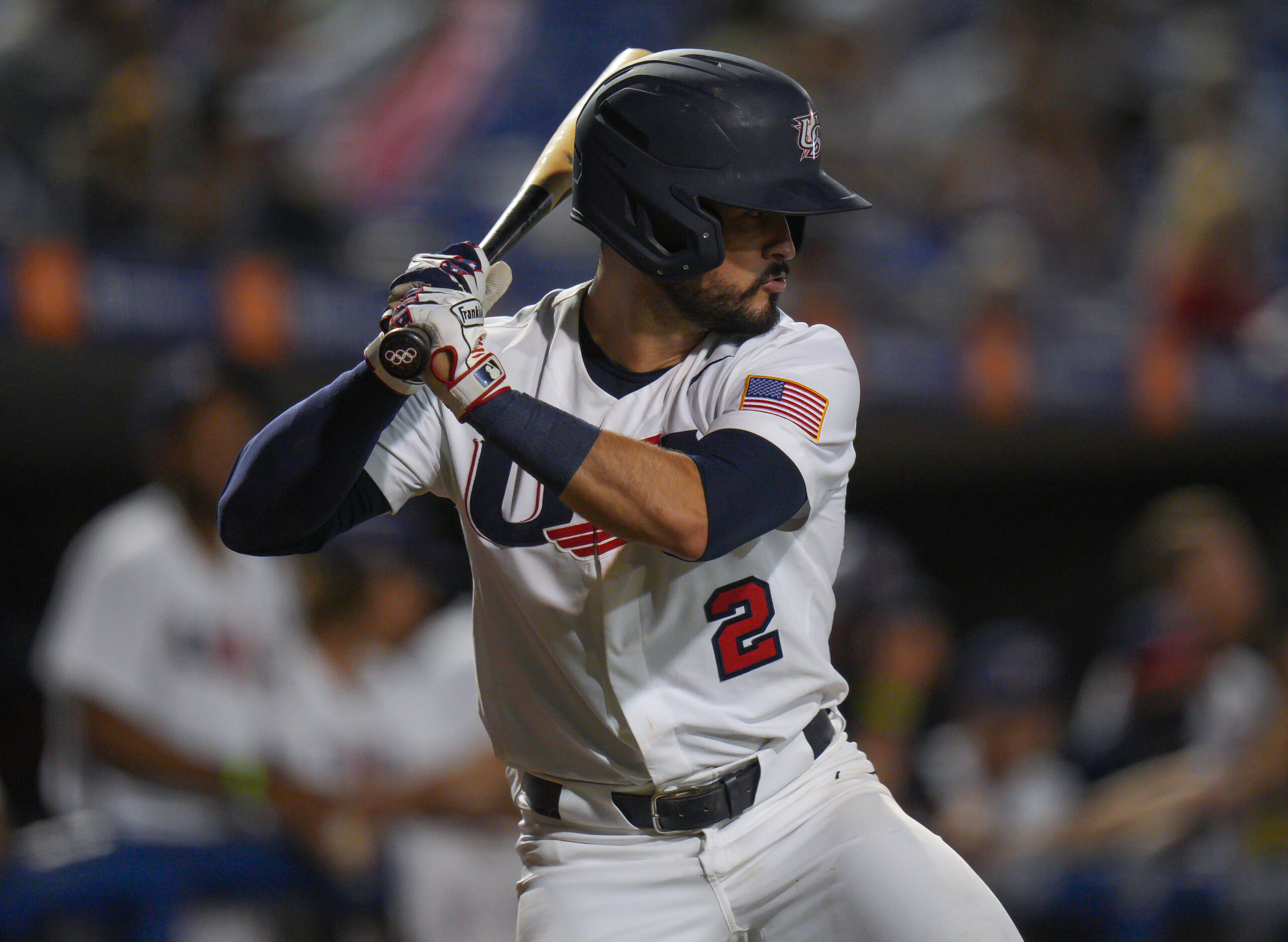 Baseball player Eddy Alvarez will serve as a flag bearer for Team USA at the Tokyo Olympics.

An honor unlike any other.@eddyalvarez90 and @S10Bird have been selected as #TeamUSA’s flag bearers for the #TokyoOlympics Opening Ceremony. 🇺🇸 pic.twitter.com/w7VFMYANft

Although this will be Alvarez’s first time representing Team USA in baseball, he already knows what it is like to win an Olympic medal as he won silver as part of the 5,000-meter four-man short track speedskating team during the 2014 Winter Olympics in Sochi. When Alvarez, 31, was called up to the Marlins to make his MLB debut in 2020, he became the first Winter Olympic Games medalist to play Major League Baseball and the first non-baseball Olympian to play in the Majors since Jim Thorpe in 1913.

“It is an honor and a privilege to be named as one of the flag bearers by my fellow Team USA athletes for the Opening Ceremony,” Alvarez said, as recorded by MLB. “Being a first-generation Cuban American, my story represents the American Dream. My family has sacrificed so much for me to have the opportunity to wave this flag proudly.”

Three days earlier, Alvarez had said that simply having his name considered for being Team USA’s flag bearer — “to hold Old Glory, a symbol of freedom and liberty to many around the world, not just the United States” — was “a victory of its own.”

The five intertwined rings symbolic of the Olympics are tattooed on his left bicep and etched on the nob of his baseball bats. They’re a reminder of the opportunity afforded to him because of sacrifices from his parents, Walter and Mabel, who immigrated from Cuba.

As Sen. Marco Rubio (R-FL) explained in The Daily Wire on Wednesday — and discussed in an interview with Morning Wire — the protests are centered upon Cubans’ desire for liberty:

These protests were about what the protesters said they were about — libertad, which means liberty.

0 6
Ana Navarro: RNC Stands for 'Republicans with No Cojones'

0 2
Jim Jordan: In 14 Months Biden 'Has Given Us Nothing but Chaos'