While the mainstream (read: liberal) media have gone wild with speculation of the newly emerged Omicron variant, one MSNBC host now says it may be much ado about nothing.

Chris Hayes said Wednesday on his nightly show that sure, COVID-19 is bad for anyone who is immuno-compromised or has a co-morbidity. “But for the people who don’t fall into that [high-risk] category – and we’re talking about, 150 million people, maybe, or more — those people who are vaccinated and particularly those who are boosted, you know, the personal risk went from something we hadn’t really dealt with before in our lifetimes … to something that does look more like the flu,” Hayes said.

“Now, the flu of course can still be dangerous – kills tens of thousands of Americans every year — but we do not orient our lives around the flu,” he said. “So that’s closer to the level of risks that, you know, 200 million Americans or less than that are now dealing with.”

After nearly two long years of shutdowns and lockdowns, school and business closures, along with government mandates for mask wearing and vaccinations, Hayes said Americans have just about had it.

“And then when you add in the sheer exhaustion many people feel — and I don’t have to tell you this I’m sure because you’re just feeling this yourself, many of you — but the length of this disruption to our lives, obviously the politics of the pandemic are just completely different than they were earlier in the pandemic,” Hayes said.

.@chrislhayes on the weird reality for vaccinated folks amid omicron wave:

The risk went from something we hadn’t really dealt with before in our lifetimes, to something that looks more like the flu. The flu can still be dangerous—but we do not reorient our lives around the flu. pic.twitter.com/4K5qNOplpW

The media breathlessly reports the ever-rising number of cases that have hit the U.S. this winter, but several recent studies — and even Dr. Anthony Fauci, who usually leans toward the worst-case scenario — are now saying Omicron appears to be less severe compared to the Delta variant that has been widespread.

During a White House COVID-19 briefing on Wednesday, the top U.S. immunologist cited a study from the University of Edinburgh that suggests the risk of hospitalization from Omicron is two-thirds lower than Delta.

“As we get further and further in the experience with Omicron — and perhaps even variants that might come after that — it’s very, very clear: For example, with Omicron, if you have a larger number of infections — and as the data that I presented here indicate that there is — it looks like a significant lessening of severity compared to others — it becomes much more relevant as to what the seriousness of the impact on society is,” Fauci said.

“We’re never going to stop counting tests. But we’re looking forward, as I think everyone feels is appropriate, that, ultimately, when we’re going to have to, quote, ‘live’ with something that will not be eradicated and very likely would not be eliminated, but can actually be at such a lower level of control — namely a control that does not disrupt society, does not disrupt the economy — that it will be much more relevant as to what the level of seriousness of impact is, as opposed to infection, which might turn out to be milder,” the doctor added.

Fauci, the director of the National Institute of Allergy and Infectious Diseases who served on former President Trump’s White House Coronavirus Task Force and is now President Joe Biden’s chief medical adviser on COVID-19, also said the “final conclusion about the level of severity in children remains to be determined.”

But he added: “And so to repeat what we say so often and it deserves reemphasis, the risk of severe disease from any circulating variant, including Omicron, is much, much higher for the unvaccinated. And so, adults and children who are eligible, get vaccinated and vaccinated people, get boosted when eligible.”

Fauci’s comments mirrored the recent findings from the U.K. Health Security Agency (UKHSA), which operates much like the U.S. Centers for Disease Control and Prevention (CDC). The agency found that those who contract Omicron are less likely to become severely ill compared to people who get the Delta variant, according to the data, Politico reported.

“More people are likely to have a mild illness with less serious symptoms — probably in part due to Britain’s large number of vaccinated and previously infected people, and possibly because Omicron may be intrinsically milder,” Politico reported. “Chief Medical Officer Chris Whitty has previously cautioned against too much optimism based on the initial optimistic signs from South Africa in the past few weeks. However, the UKHSA’s view after studying cases in Britain is that

0 5
The Right Side of History

0 6
Rittenhouse Attorney: 'I Quit Answering the Phone' After Inundation of Death Threats 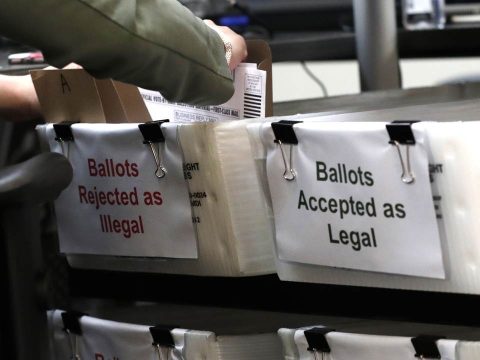