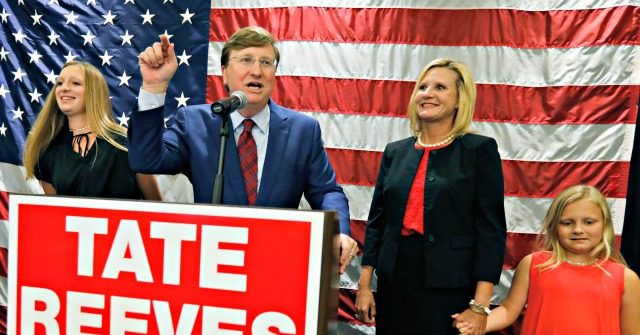 Mississippi Gov. Tate Reeves (R) on Sunday suggested that President Joe Biden’s vaccine mandate has had a negative effect on those who are unvaccinated against the coronavirus and on the fence of getting the shot.

Reeves argued on NBC News’ “Meet the Press” that the forced mandate “flies in the face” of what Biden said on the campaign trail and was also “hardening” the stance on those who hadn’t gotten vaccinated, particularly those in rural states.

“I actually believe that the president’s decision to try to mandate vaccines, a decision that, by the way, flies in the face of what he said throughout the campaign, and that’s one of the reasons his poll numbers are so low is because he ran for office saying one thing, and then he’s decided to govern in a different way,” Reeves outlined. “But I actually think those mandates … are hardening those individuals who are not interested in getting vaccinated. If you go around our state and you talk to those individuals that have not gotten vaccinated, in large measure, a lot of them have gotten the virus, so they believe they had natural immunity, and they were thinking about getting vaccinated as they got beyond the 90 days or got beyond the 180 days, but the president’s insistence on mandating them have hardened them against the vaccine.”

“So I actually think it’s the president’s policies that have made it more difficult in rural states like Mississippi to get more and more people vaccinated,” he added.

0 27
FACT CHECK: Does This Image Show The US Women’s Soccer Team Kneeling During The National Anthem At The Tokyo Olympics?