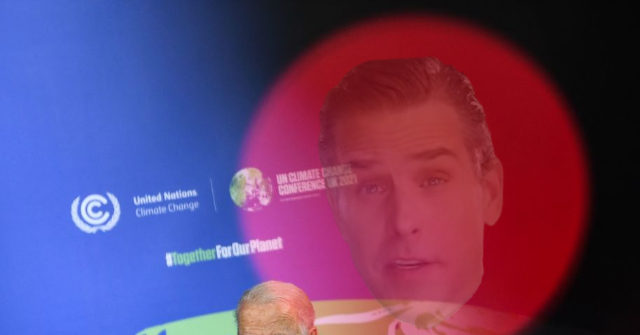 The U.S. and China struck a hollow agreement Wednesday on environmental “cooperation” at the COP26 summit, the same day President Biden revealed his Chinese business tycoon son advised him on how to approach the global climate conference — a symbolic display of the ways the president’s apparent corruption has tied his hands on what he claims are his top priorities.

The declaration would appear to be just a gesture, but the announcement is that China and the U.S. will “cooperate” to reduce methane emissions, phase out coal consumption by 2030, and protect forests.

The statement on the agreement says the two nations pledged “to work individually, jointly, and with other countries during this decisive decade, in accordance with different national circumstances, to strengthen and accelerate climate action and cooperation.”

Following a number of reports exposing in painful detail the President’s links to his son Hunter’s business engagements (in the Chinese energy industry!), it is impossible to assess any deal made in the Big Guy’s name with the CCP without considering his personal implications.

But this deal is unique, in that Biden revealed in remarks Wednesday that his scandal-scarred son actually provided advice on how to engage with the conference.

“I was being reminded by my son Hunter when I was trying to get the COP26 — what’s going on over in Europe on the environment — together, it makes a lot of difference. All empathy is looking at you and understanding what you’re worried about,” Biden said during remarks at the funeral of former Delaware Gov. Ruth Ann Minner.

And empathy — for China — is exactly how the U.S. approached the deal.

China is the largest, by far, polluter in the world, with emissions exceeding those of all other countries combined, and is showing no signs of slowing down.

China’s greenhouse gas emissions in 2019 represented 27% of global output, with the U.S. next at 11% and India at 6.6%, a Rhodium Group analysis published this year showed.

Breitbart News reported just this week, as the climate conference was underway, that China’s coal output has reached “the highest level in recent years.”

Further, Breitbart printed in October that “China’s National Development and Reform Commission (NDRC) reportedly ordered mine operators to ‘produce as much coal as possible.’”

The New York Times also reported last month that China has ramped up coal production to exceed that of all of Western European mines, in what the paper described as coming “at tremendous cost to the global effort to fight climate change.”

“China is expanding mines to produce 220 million metric tons a year of extra coal, a nearly 6 percent rise from last year. China already digs up and burns more coal than the rest of the world combined,” adding that China “will generate enough electricity not only for its own people but also for the hundreds of global companies in China that churn out everything from consumer electronics to car parts,” The Times continued.

Meanwhile, in a bold move even for China, CCP chairman Xi Jinping submitted a written statement to the COP26 conference calling on developed nations to “focus on concrete actions” and do more on their part to combat climate change.

And in this agreement, Washington is playing along with Beijing’s charade, putting the U.S. on par with a nation whose emission levels have an exactly inverse correlation with America’s.

The agreement also does little more than lend China cover for its disgusting and destructive environmental practices, allowing it to make vague “pledges” while taking no action to change its behavior, and with no proposed economic repercussions.

Notable that the statement includes a caveat, “in accordance with different national circumstances,” seemingly in a nod to China’s ongoing rapid urbanization.

At the same time, Hunter Biden, whose advice the president admits to be taking on matters of global engagement, still owns 10% of a Chinese investment firm controlled by state entities, according to multiple reports.

If Joe Biden was really concerned about climate change, he would bring manufacturing back to the U.S. — stopping China from using its industrial dominance to justify vast ecological abuses and create a global economic hostage situation to avoid any scrutiny of it.

But the Big Guy, along with most other political and corporate leaders, is hamstrung in pursuing his policy priorities by personal financial interest in the CCP’s ascendance — rendering this deal, like countless previous others, just another ruling class performative exercise.

0 23
‘Hotwire Our Democracy Itself’: McConnell Attacks Dems ‘For The People’ Voting Bill

0 15
Ocasio-Cortez Would Support Sinema Primary Challenge: 'Easiest Decision I Would Ever Have to Make' 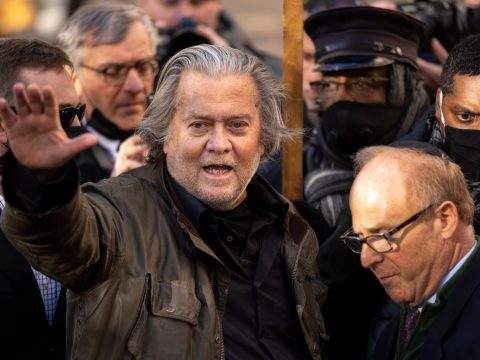 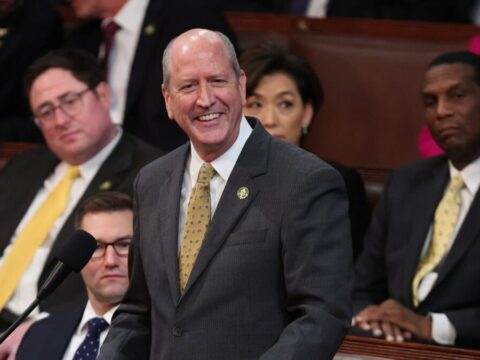