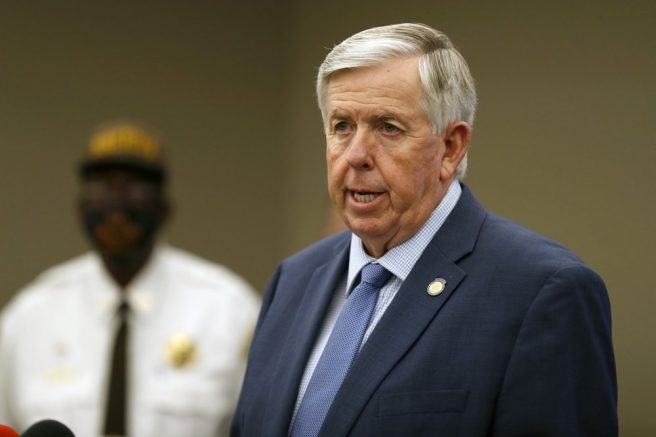 Missouri’s latest gun law has continued to stir controversy after many argued its unconstitutional basis and negative effect on police. A lawsuit by the city of St. Louis and St. Louis County was filed on Monday to overturn the law, which could potentially fine law enforcement agencies for enforcing federal gun laws.

O’Fallon Police Chief Philip Dupuis recently resigned because of the new law. He slammed its “poor wording” as officers who violate the law could be fined for up to $50,000. In a tweet by St. Louis Mayor Tishaura Jones, the Democrat asserted the law would make it more difficult to stop “violent crime” and warned its potential to make communities less safe.

#HB85 makes it more difficult for law enforcement to do their job: stopping violent crime. #moleg is once again throwing up barriers that make communities less safe.

Proud to join @DrSamPage to fight back against this harmful and unconstitutional law. https://t.co/gEYwpaG0hw pic.twitter.com/8QbBbEFoyu

However, supporters of the law, titled HB 85, insisted it was meant to protect the people by establishing the Second Amendment Preservation Act in Missouri. Gov. Mike Parson (R-Mo.) announced his support for both the Constitution and Second Amendment rights. He argued Missourians should to be able to “keep and bear arms to protect themselves and their property.”

Missouri’s HB 85 puts those in Washington D.C. on notice that here in our state we support responsible, law-abiding gun owners, and that we oppose government overreach and any unlawful efforts to limit our access to firearms. #2ndAmendment pic.twitter.com/T4qLJ8lKJR

At the signing ceremony, Sen. Eric Burlison (R-Mo.) said the state should be proud of the bill being signed as it represents a stance against a “tyrannical, federal government.”

He went on to say, “what we’re doing with the stroke of the pen, we are telling this executive leader, this president, who wants to take away our rights in Missouri, that he can go pound sand.”

This comes as Joe Biden is set to unveil executive orders he claims are aimed at reducing violence on Wednesday, while renewing his call for Congress to pass gun legislation.

MORE NEWS: Politicians Argue For And Against Washington D.C. Statehood