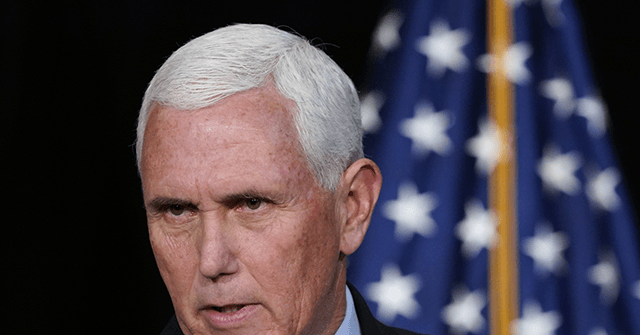 CHARLOTTESVILLE, Virginia — Former Vice President Mike Pence addressed students at the University of Virginia on Tuesday evening, laying out his vision for the future of the conservative movement.

The address was given after the University’s leftist, student-run newspaper attempted to ban Pence from speaking on Grounds. Despite that, the event, which took place in Thomas Jefferson’s Academical Village, was packed with students who appeared to receive his message very well.

Introducing Pence, and referencing the controversy that preceded the speech, Young Americans for Freedom at UVA chairman Nick Cabrera said, “Let us be thankful for our freedoms” and encouraged Pence’s would-be cancelers to “grab a pocket Constitution on your way out.”

Pence referenced Thomas Jefferson — the founder of the University — and Virginia’s significant contributions to the founding of our country multiple times during his speech on the historic Grounds.

“As long as we think as we will and speak as we think,” he said quoting Jefferson and referencing his ideal of an “institution based on the illimitable freedom of the human mind,” this generation of students can be the “freedom generation” required to steward the nation and its founding principles into the future.

But, the “Biden-Harris administration has unleashed a tidal wave” of bad policies, he asserted, referencing a border crisis that is “about to get worse” and 8.4 percent inflation that is “hurting American families.”

“The left hand doesn’t know what the far left hand is doing,” he said.

Pence also said the left has ushered in an “all encompassing assault on culture and values” and that “wokeism is running amok in universities and schools.”

Mentioning critical race theory, he highlighted the 1776 Commission — an academic counter to the New York Times’ “1619 Project” and the race-essentialist ideology — started by the Trump administration and ended by the Biden administration.

“Critical race theory is nothing more than state-sanctioned racism and it should be rejected by every city and every state in this country,” he said.

However, Pence said, mentioning newly minted Virginia Gov. Glenn Youngkin (R), “parents are beginning to take back our schools”– foreshadowing a massive cultural shift in America. “Many on the left spent years agitating for a culture war and it looks like they got it.”

Turning to the issue if free speech, which was at the heart of the drama surrounding his visit, Pence joked, “I hear there was a little bit of controversy” before he visited Jefferson’s University.

Despite what he described as an “assault on free speech,” Pence remarked that “freedom of speech is the God-given birth right of every American, and we can never let the woke left take it away.”

Pence told the UVA students that for the republic to be maintained, they must stand strong in the face of adversity.

“To secure the blessings of liberty for ourselves and our posterity, you need to be prepared … to defend the ideals in the Bill of Rights,” he said. “Train yourselves up on what made this country special and unique.”

“Adversity doesn’t create character, adversity reveals character,” he said, challenging the notion that “what doesn’t kill you makes you stronger.”

When conservatives are faced with assaults on character that are all-too-common coming from the left, Pence said, the only response was to “speak up and smile.”

“For democracy to thrive,” he concluded, “you have to apply heavy doses of civility.” 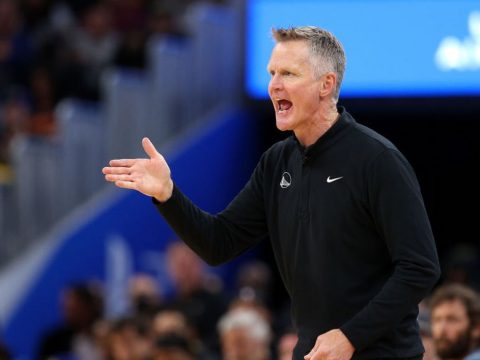