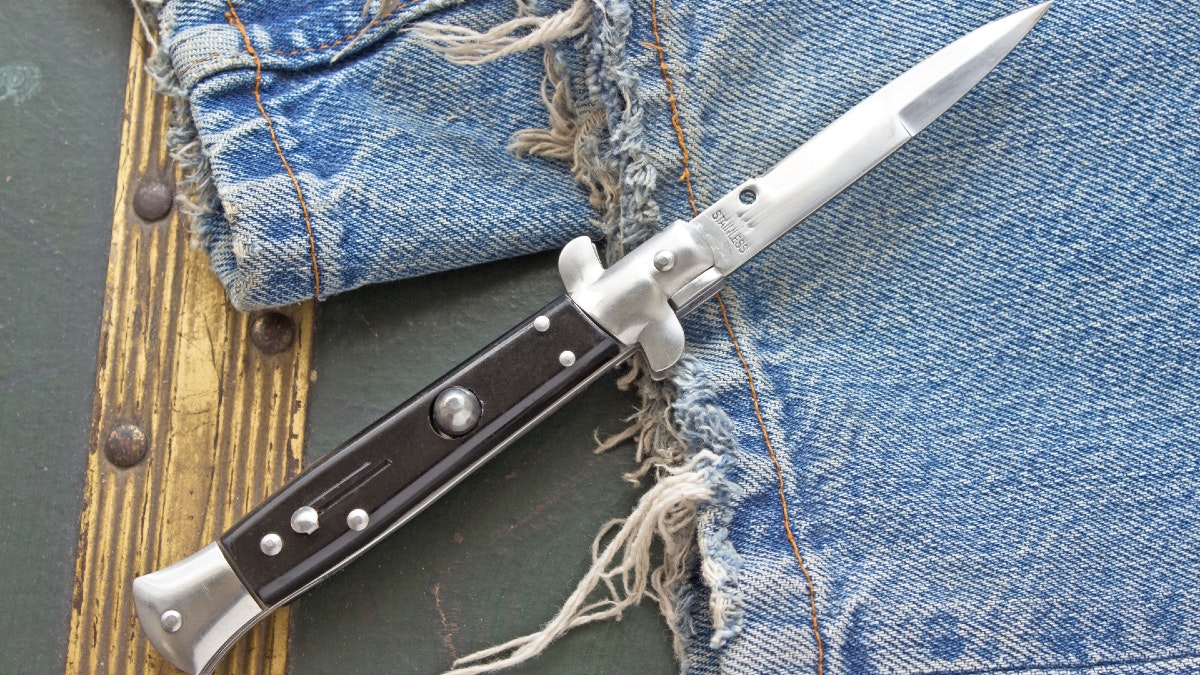 The Midwest has a reputation for being one of the friendliest regions in the country, but this latest story about a marauding gang of train robbers turned (sort-of) good samaritans truly takes the cake. Dejon Herring, 18, was recently arrested for allegedly being part of a gang of armed thieves who mugged one victim on a Chicago subway, but reportedly gave the man a switchblade so that he could protect himself against future thieves.

CWB Chicago reported on Saturday that Herring was arrested April 1, but the alleged crime happened on February 22. According to authorities, one evening a young man was coming home from work “when three males boarded the Green Line around 8:20 a.m.”

“Herring pointed a silver handgun at the victim, and all three offenders went through the victim’s pockets and bookbag to find valuables,” Assistant State’s Attorney Leonore Carlson explained on Saturday during Herring’s hearing, according to the Chicago media outlet. “They took three credit cards, a phone, and the man’s Ventra card,” CWB added.

Just prior to leaving the scene, one of the members of the crew turned to the victim and handed him a switchblade while “recommending the victim use this knife to protect himself to avoid being robbed again.”

Authorities recorded the incident, and a pair of patrolmen recognized Herring the next day. He and a friend were taken into custody for questioning, but were released as the investigation continued.

Authorities monitored usage of the victim’s subway card as one of the suspected robbers continued to use it, Carlson said.

According to CWB Chicago, this was Herring’s first arrest. “Herring allegedly identified himself in CTA images of the robbery but said he didn’t commit the crime — his friend did, and he just happened to be there,” the outlet added.

CWB Chicago also reported, “Carlson said one of the other robbers is a juvenile, and the third is an adult who was arrested on unrelated charges in March. Herring’s public defender said he has a 3-year-old daughter and works at a fast-food restaurant.”

The arrest comes as violent crime on local Chicago trains is “up 17% so far this year compared to last year,” according to ABC 7.

Chicago authorities recently doubled the number of security guards on train platforms to try and cut down on any potential criminal behavior.

Not all robbers are as kind to their victims as Herring and his posse allegedly were to the man they gifted the switchblade. One man told CTA that he suffered bodily harm after coming home from his own birthday party:

Jerad Kluting said he was attacked on a CTA Red Line train near Fullerton Avenue over the weekend and was left with a concussion and two broken ribs. He was coming home from his own birthday celebration.

“The guy looked at me, targeted me, said a choice of homophobic slurs,” he recalled. “And then he got extremely close in my face and looked at me straight in the eye, and I just looked at him and I said, ‘There’s cameras all over.’ And then he took a shot and I went down.”

Kluting’s experience is sadly more often what victims of muggings experience. The gift-giving gang might be the first in history to give their target a piece of advice, as well as a free weapon for self-defense.