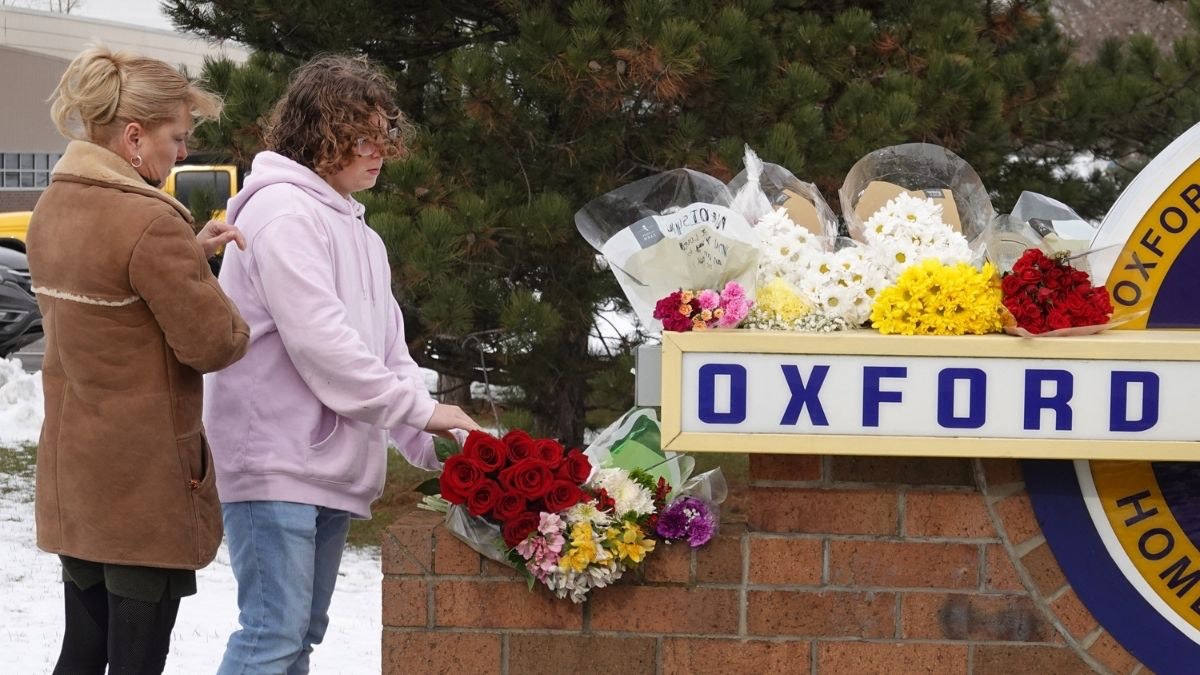 The 15-year-old male shooting suspect in the Michigan Oxford High School shooting incident that killed four students and injured seven others has been charged with first-degree murder and terrorism charges, an Oakland County prosecutor announced on Wednesday.

The student is being charged as an adult and his name was released; however, The Daily Wire will not share his name pursuant to our policy against naming the perpetrators in mass casualty incidents. The shooter will also face seven counts of assault with intent to kill and 12 counts of possession of a firearm.

“This isn’t even a close call,” Oakland County prosecutor Karen McDonald told reporters on Wednesday during a press conference. “This was absolutely premeditated.”

“There is a mountain of digital evidence,” she added, noting that the investigation is ongoing.

Three students were reported dead on Tuesday. A fourth victim died on Wednesday, according to the Oakland County Sheriff’s Office.

Justin Shilling, 17, passed away at approximately 10:00 a.m. local time at McLaren Oakland Hospital in Pontiac just one day after the shooting tragedy that took the lives of three students.

Heartbreaking. Here are the three students who were shot and killed yesterday at Oxford High School.

The three students who died on the day of the incident included Tate Myre, a 16-year-old football player, who died in a sheriff’s deputy’s car while traveling to the hospital; Hana St. Juliana, 14; and Madisyn Baldwin, 17.

It is with great grief that one of the victims of the tragic event at OHS today was one of our own, Tate Myre. Tate was on varsity since his freshman year and was an honor student. Tate was a great young man with a bright future and beloved by all. You will be missed, Tate 💙💛 pic.twitter.com/AKJCH1UWBG

Other students noted in the press conference and reported by a local FOX 2 affiliate included:

reported that the shooting involved a handgun likely purchased by his father on Black Friday, according to what Oakland County Sheriff Mike Bouchard said on Tuesday.

The student was taken into custody along with a 9mm Sig Sauer SP 2022 handgun, according to a report by the Detroit Free Press. The suspect had at least two 15-round magazines, with seven remaining rounds when he was apprehended, according to Bouchard’s press conference.

“Preliminary investigation revealed that the weapon used in the shooting was purchased on November 26th, four days ago by the boy’s father. The gun had 15 round magazines. We found two of them. There allegedly was three… more than likely that third magazine will be found there,” Bouchard noted.

At least 12 shots were fired, based on shell casings found at the school. Earlier reports noted 15 to 20 rounds had been fired during the shooting.