Ukrainians are joining immigrants at the United States border with Mexico hoping to gain entry, and in the Mexican city of Tijuana, just south of San Diego, California, a shelter has opened specifically to house those who are fleeing their war-torn country after the Russian invasion in February.

The Benito Juarez sports complex now has sleeping mats and other amenities to help Ukrainians who are hoping to gain refugee protection in the United States.

“This action is a preventive measure to avoid people congregating near the San Ysidro Port of Entry as we avoid what could be a possible shut down of the border crossing,” Montserrat Caballero, the mayor of Tijuana said in an article posted on the BorderReport website. “We will continue to provide attention and public safety to immigrants as they wait for their process to evolve with American authorities.”

The Border Report website spoke with officials and Ukrainians staying there:

Caballero referenced a fear among many officials in Tijuana that if too many people congregate near the port of entry, [Customs and Border Protection] could shut it down to avoid a bottleneck or potential breaches. BorderReport has not been able to confirm with CBP if it’s considering that action.

Enrique Lucero, the city’s director of migrant affairs, stated it can house up to 300 migrants inside the basketball gym with room for dozens more on an outdoor court. An estimated 1,200 Ukrainian migrants are now in Tijuana, according to Lucero.

Lucero stated that while the city is providing space and security for the shelter, three organizations from California have committed to bringing in food and water while offering other services such as transportation.

“As soon as migrants arrive in the city, they will be brought here,” Lucero said.

“Mexico and Tijuana are super,” a Ukrainian woman identified as Irina said in the report. “This place is for our children not to sleep on the streets is good.”

Many of the volunteers at the shelter are Ukrainian Americans who traveled to Mexico to help.

“The main emotion right now is just grief,” Odea, one of the volunteers, said. “A lot of the women who are here left their husband back home to fight in the war, so it’s hard. There are a lot of traumatic experiences here.”

0 2
Putin Threatens Nuclear Weapons In Confrontation With the West 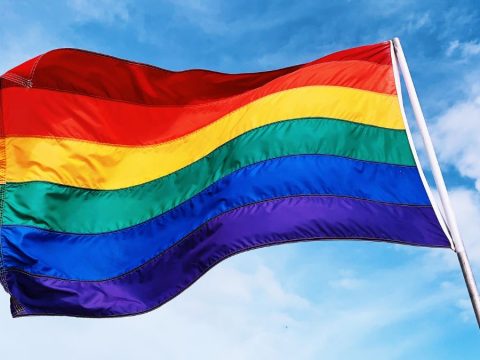