The media lost their collective mind of a completely innocuous joke the judge overseeing the Kyle Rittenhouse case made about lunch coming late to the courthouse on Thursday.

“I hope the Asian food isn’t coming … isn’t on one of those boats from Long Beach Harbor,” Judge Bruce Schroeder said.

The joke could not be more harmless. All Judge Schroeder did was joke that the food, hopefully not, but possibly being held up by a supply chain delay. He also described the food the court ordered as “Asian.” One would assume that was because the food they ordered was, uh, Asian.

But, the media, somehow, found a way to make it offensive. Apparently, Judge Schroeder made the joke because the food was Asian. In very coded language, he was blaming the pandemic on all of Asia by noting of very real supply chains delays. The “racist” judge also just lucked out that the food that was ordered was Asian.

“Schroeder, the longest-serving active judge in Wisconsin’s trial courts, appeared to be referring to the supply chain backlogs caused by congestion problems in California ports,” CNN wrote. “But his comments were offensive and perceived as anti-Asian by some and as placing blame on Asian people for a large-scale event.”

The piece accused the judge of “cultural sensitivity” and “mocking” the Asian community.

USAToday ran with this gem: “‘How not to be a good judge’: Kyle Rittenhouse judge draws new backlash with ‘Asian food’ joke.”

Since the prosecution has been struggling to poke a hole in Rittenhouse’s claims of self-defense, leftists and their allies in the media have found their reason for a potential (maybe even likely) Rittenhouse acquittal: the judge.

Judge Schroeder has been villainized as partisan because he has a patriotic ringtone, asked the court to give a round of applause for veterans on Veterans’s Day, and now, 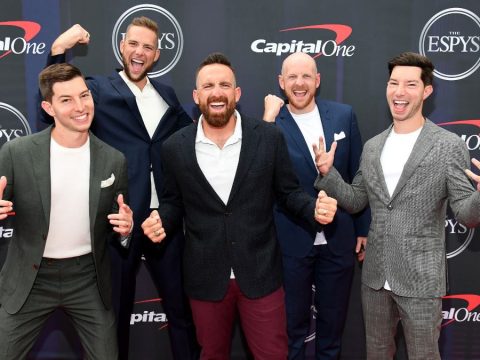 0 23
How The Virginia Governor’s Race Was Won