Recently, legacy media headlines have trumpeted the findings of a single new study revealing that adults who drank moderate amounts of coffee were thirty percent less likely to die than those who didn’t drink coffee. But where are the headlines about the 11 studies showing that abortion is linked to a fifty percent increased risk of a woman’s premature death?

In 2017, a peer reviewed systematic analysis  showed that every study (11 in total) examining death certificates linked to reproductive health records has shown elevated risks of death among women following abortion. A disproportionate number of these excess deaths are due to suicide. Yet this important fact has never been fully reported by The New York Times or other major media outlets.

For example, in 1997, the Finnish government’s National Research and Development Centre for Welfare and Health issued a first record linkage study of its kind.  The study found that women who had abortions were 3.5 times more likely to die in the subsequent year compared to women who gave birth and 2.5 times more likely to die compared to women who had not been pregnant. Put another way, these data suggest that every cohort of one million abortions may contribute to approximately 740 excess deaths among the women who had abortions.

Ten similar studies, examining larger populations in Finland, Denmark, and California, found similar results. These studies also showed that the elevated risk of death is observable within 180 days of an abortion and remains higher for at least six years. There is also  a dose effect, with each abortion increasing the risk of premature death by about 50 percent, which is strong evidence of a causal connection.

Aren’t these facts as interesting as the findings of a study of the associations between coffee-drinking and all-cause mortality rates?

Unfortunately, you’ll never hear the real science regarding abortion risks from the legacy media outlets. You will never be told of the studies showing that 64 percent of women with a history of abortion report feeling pressured into unwanted abortions, contrary to their own maternal desires and moral beliefs.  Notably, even the pro-abortion American Psychological Association has admitted that women who feel pressured into abortion are more likely to suffer more severe psychological distress.

Instead of reporting on the verifiable scientific facts surrounding abortion, major media outlets are committed to killing coverage of any studies that contradict either of the two most essential pro-abortion myths: (1) abortion has no risks, and (2) women only have abortions when it improves their lives.

In fact, there is no longer any scientific doubt that abortion contributes to increased death rates and mental health problems among women. The only dispute is when, if ever, abortion is the sole cause of the elevated rates of death and mental illness among women who have abortions.

But most mental illnesses, including deaths from suicide and drug overdose, are due to multiple factors.  Plus everywhere else in medicine, any evidence that a treatment may contribute to unwanted outcomes requires disclosure of this risk to patients. The lengthy disclaimers that follow television commercials for everyday medications are a prime example.

But abortion providers insist on treating abortion differently. Indeed, Planned Parenthood has argued in court that they should be protected from liability for not informing women of the statistically significant increased risk of suicide associated with abortion, much less any of the other risks reported in the medical literature.

Why? Because the widespread coercion of women into unwanted and unsafe abortions reduces birthrates, especially among the youngest, poorest, and most vulnerable women. The goal of lower birth rates has always been far more important than women’s health among the social engineers and eugenicists, such as Planned Parenthood founder Margaret Sanger, working to reduce birth rates among the “unfit” and “human weeds.”

The simple fact is that abortion providers are both lying about abortion’s safety and the countless women who are victims of coerced abortions. But you’ll never hear any of the evidence to that effect in The New York Times or other major outlets.

David C. Reardon, an associate scholar at Charlotte Lozier Institute and director of the Elliot Institute, is the author of numerous peer-reviewed studies on coerced abortions and the aftereffects of abortion on women.

The views expressed in this piece are those of the author and do not necessarily represent those of The Daily Wire. 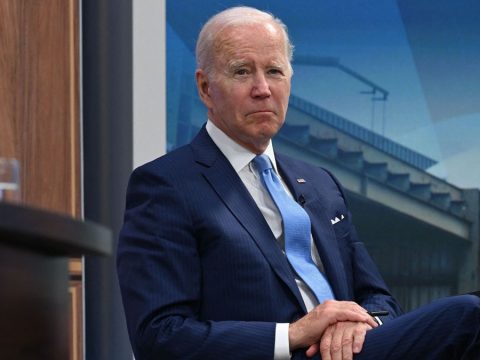