On Thursday, the US economy slipped into a recession as 2Q GDP showed negative growth, compounding with 1Q GDP at -1.6 percent. That came after the White House began waging a relentless propaganda war to redefine what the term “recession” means, absconding from all historical precedent in the process.

As expected, many in the press rushed to push the Biden administration’s talking points. Despite a paper trail showing outlets like the Associated Press defining recessions as two straight quarters of negative growth under Republican presidents, they suddenly found nuance when it came to a Democrat president. Shocking, right?

Then Politico dropped one of the most absurd headlines of the year. On the same day the US slipped into the aforementioned recession, the “news” outlet proclaimed that Biden was “back in the game.”

Somehow, someway, Joe Biden is back in the game.

After enduring a brutal year, Biden is suddenly on the verge of a turnaround that, the White House believes, could salvage his summer — and alter the trajectory of his presidency. https://t.co/XlQT2QNKoy

Somehow, someway, Joe Biden is back in the game.

After enduring a brutal year dominated by economic angst, legislative setbacks and sinking approval ratings, the president is suddenly on the verge of a turnaround that, the White House believes, could salvage his summer — and alter the trajectory of his presidency.

All he needs to do now is close.

The idea here is that because Sen. Joe Manchin stabbed Republicans in the back and will now support a massive reconciliation bill, Biden is suddenly drawing all aces. Yet, that’s only true if one looks at his boondoggle domestic agenda as an objective good. And while the press certainly believes that, I doubt that Americans are all that excited about another round of wasteful government spending on “climate change” that will boost inflation even higher (which happens when more “free” money is pumped into the system).

Besides, what evidence is there that Biden is “back in the game?” One look at the polling averages tells a far different story. The president currently enjoys a 38.2 percent approval rating in the aggregate according to RealClearPolitics. He’s only topped 40 percent in a single poll over the last week.

In other words, there is no reason to believe that taxpayers having more of their money blown on Democrat pet projects is somehow going to lead to a resurgent Biden presidency. That’s just about the most beltway take imaginable, delivered by disconnected and out-of-touch “journalists” who squee when the president manages to put two coherent sentences together (a rare occurrence, indeed).

Again, though, you really have to admire the chutzpah of Politico dropping that headline on the same day the US was officially revealed to be in a recession. Would such a story ever be written about a Republican president in the same situation? I think we all know the answer to that. Heck, the same press tried to declare a recession after a single quarter of negative growth during the Trump administration.

Back to Biden, it is delusional to believe that he’s on the upslope based on a reconciliation bill and a floundering economy. Most polls show that 80 plus percent of Americans believe the economy is on the wrong track. They see their savings accounts dwindling, their real wages decreasing, and their costs ever increasing. The press may continue to try to obscure that reality in more and more laughable ways, but their attempts to mislead the public will fail. 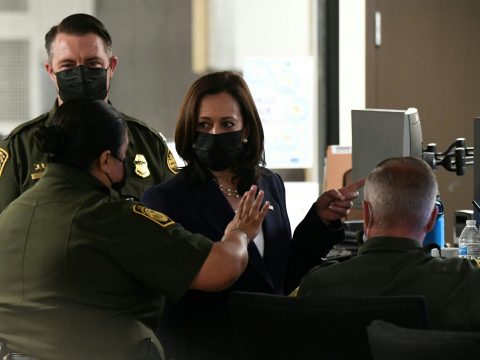