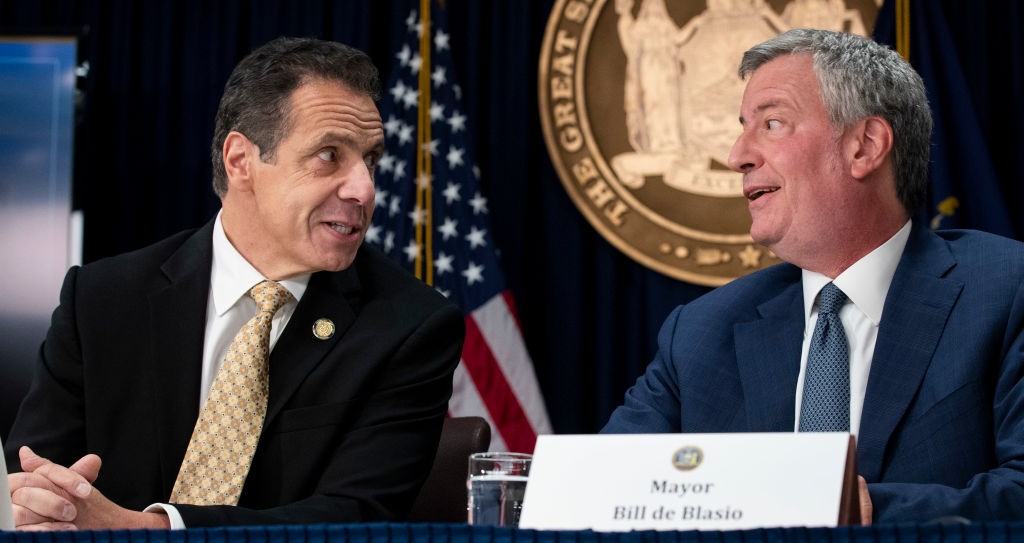 De Blasio, who has long feuded with his fellow Democrat, also predicted the governor will eventually resign.

“If you assault a woman, you do something against her will sexually, that’s criminal,” de Blasio said on CBS. “The Albany County District Attorney’s looking at that, and I think he should be charged.”

In fact, Albany County District Attorney David Soares said Tuesday that his office is indeed beginning a criminal investigation into Cuomo. “We are conducting our own separate investigation,” Soares said on “NBC Nightly News.”

The Democratic governor sexually harassed at least 11 women and then retaliated against at least one former employee who complained, according to a report released Tuesday by state Attorney General Letitia James. The report concluded that the governor “sexually harassed multiple women and in doing so violated federal and state law,” James said at a press conference.

The probe included interviews with 179 witnesses and a review of tens of thousands of documents, concluding that Cuomo’s office was a hostile workplace filled with fear and intimidation.

The mayor said the report will likely prompt Cuomo to step down. “I think, ultimately, he will have to resign, either because of a prosecution, wherein he makes some deal around giving up his office, or because an impeachment is imminent,” de Blasio said on “MSNBC’s Morning Joe.”

De Blasio said Cuomo’s current situation mirrors that of 2002, when Cuomo abandoned his gubernatorial campaign. “In 2002, he ran for governor. When it looked like he wasn’t going to win that primary, he got out of town before the election happened,” de Blasio said. “He literally pulled out of the election rather than suffer defeat. So I think that is a very likely scenario here.”

After the attorney general’s report came out, President Joe Biden called on Cuomo to step down. “He should resign,” Biden told reporters at the White House. Asked whether Cuomo should be impeached and removed from office if he refuses to resign, Biden said, “I understand the state legislature may decide to impeach, I do not know that for a fact.”

Cuomo release a video statement after the report and said he will not resign, denying the reports findings and saying his actions had been mischaracterized or misinterpreted.

“Putting your hand up a woman’s shirt and touching her breast is not generational,” he said on CBS. “I know plenty of guys who are older who would never in a million years do that,” he added. “Talking to 20-something year-old woman, asking if they’d date an older guy, and then leering at them — this is not acceptable behavior.”

0 27
Germany Covers for Biden: Regime Change 'Not the Aim of NATO' or 'The American President'