Ghislaine Maxwell may have made a “mistake” in associating herself with deceased financier and convicted sex offender Jeffrey Epstein, but their relationship was “not a crime,” her defense lawyer declared in closing arguments for Maxwell’s sex trafficking trial on Monday.

“Maybe that was the biggest mistake of her life, but it was not a crime,” defense attorney Laura Menninger told jurors Monday afternoon in Manhattan federal court.

Menninger claimed Maxwell was on trial for her relationship with Epstein during her closing argument, which lasted over two hours.

Maxwell, 59, is charged with eight counts related to the sex trafficking of minors over a decade-long period between 1994 and 2004, including sex trafficking of a minor, enticing a minor to travel to engage in illegal sex acts, and transporting a minor with the intent to engage in criminal sexual activity. A separate, later trial will consider two perjury charges against her.

She has pled not guilty to all counts. If convicted she faces up to 70 years in prison.

Her defense team attempted to paint a picture of Epstein as a “master manipulator” who did not let Maxwell know about everything he was doing, such as sexually abusing young girls.

“Everyone knew Jeffrey was keeping secrets from Ghislaine, except Ghislaine,” Menninger said.

“The government wants you to speculate, over and over,” Menninger said. “Ms. Maxwell does not have to prove her innocence to you. You already know it.”

The defense attempted to cast doubt on the credibility of the women who accuse Maxwell of grooming and even personally sexually abusing them, saying they have “contaminated” memories of their abuse. The defense also attempted to assign selfish motives to nearly all the government’s witnesses, saying the women are motivated by money in going after Maxwell decades after the alleged abuse occurred.

“All of these witnesses have changed their stories many times,” Menninger said. “Why?”

“Memory weakens over time and memory can be impacted and corrupted by post-event contamination,” she said, adding that, “how vivid a memory seems does not make it more accurate.”

The defense also attacked Juan Alessi, who managed Epstein’s Palm Beach home and offered key testimony in the trial, as “a two-time burglar, obviously with an ax to grind.”

Prosecutors had noted that bank records show that Epstein sent $30.7 million to Maxwell between 1999 and 2007, which was around the same time she is accused of grooming minor girls for him to sexually abuse.

“The government makes a big show of these big dollar transfers,” Menninger said. “That is some thin testimony.”

Earlier on Monday, the prosecution gave its closing arguments. Assistant U.S. Attorney Alison Moe summed up the state’s case that Maxwell was an adult woman who became a “dangerous” sex predator who preyed on vulnerable minor girls and worked with Epstein to commit “horrifying crimes” against them.

“She caused deep and lasting harm to young girls,” the prosecutor said.

Maxwell’s defense team rested its case on Friday after Maxwell opted not to testify in her own defense.

0 9
GRAHAM: Triggered By Dr. Seuss And ‘The Muppet Show’ 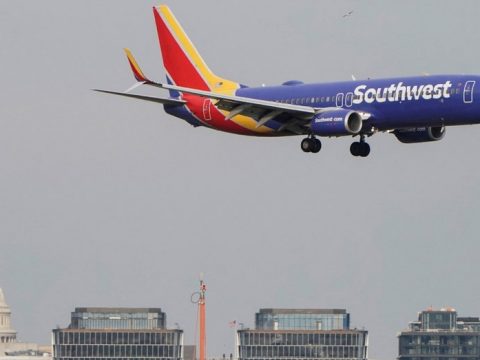