Waters claimed to Jim Acosta on CNN that she had been “told” that organizing for the riot had been going on within the Trump campaign. She further claimed that Trump surrogates opposed an investigation because they were afraid of being caught supporting those who swarmed the Capitol. (RELATED: ‘Clean Up Your Mess’: Hakeem Jeffries Defends Maxine Waters, Then Admits He Doesn’t Know What She Said)

Acosta began the segment by asking Waters about the Republicans who had voted against giving Congressional Gold Medals to the Capitol Police officers during the riots, a move that she called “unconscionable.”

“Now they are saying it is the FBI,” Acosta prompted.

“They can say whatever they want to say,” Waters replied.

“Where did the money come from to send busloads of people in? Who supported them in all of this? … I am told that there was organizing taking place right in the Trump campaign,” Waters continued.

A number of Trump’s former staffers were involved with planning a “March for Trump” rally on the National Mall that took place Jan. 6 and was organized by Women for America First. A spokesman for the campaign denied any connection to the riot. According to AP,  the campaign said it “did not organize, operate or finance the event.” Although, some reports said that the organizers of the rally were on “the campaign’s payroll.”

Waters concluded by saying that she challenged the patriotism of anyone who disagreed with getting to the bottom of what happened on Jan. 6.

“It is outrageous what happened to us, that the Capitol of the United States was invaded by domestic terrorists, and they don’t want to live up to it, and admit what took place,” she said. 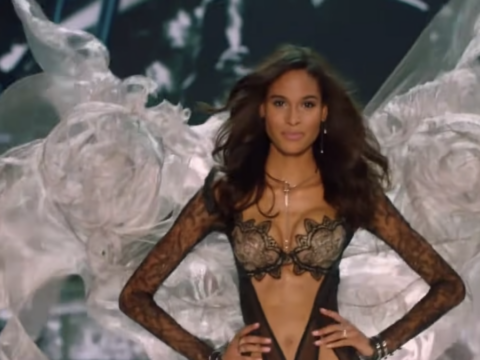 0 60
No, Victoria’s Secret Isn’t Going Broke Because It Dropped The Angels For Fat Chicks