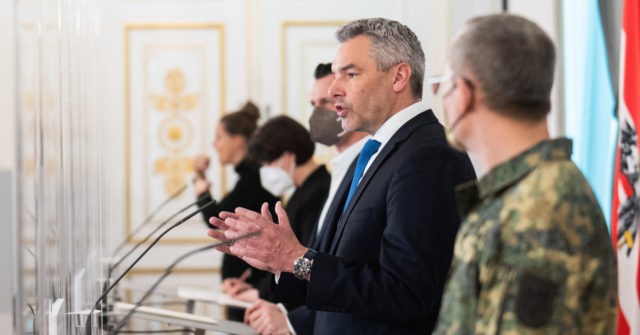 In what amounts to a seismic u-turn in policy, Austria is to relax all ‘Corona Apartheid’ rules targetting the nation’s unvaccinated, despite having previously promised to keep unjabbed individuals under perpetual lockdown.

Austria’s coalition government has announced that the vast majority of lockdown measures in place in the country — including the almost all “Corona Apartheid” restrictions specifically targeting the nation’s unvaccinated — are to be scrapped from March 5.

This is despite authorities having previously promised that unjabbed individuals would remain under harsh restrictions in perpetuity, with the nation’s then-Chancellor Alexander Schallenberg telling Austrians that the unjabbed would not be able to participate in society until they were inoculated against the Chinese Coronavirus.

However, according to a report by Kronen Zeitung, this threat has not aged well, with the government announcing a roadmap for the relaxation of COVID measures which will see the nation’s unvaccinated once again allowed into bars and restaurants as soon as this Saturday.

From Feb 19th, regulations banning the unjabbed from bars and restaurants are to be relaxed, with individuals who have neither been vaccinated, nor have recovered from COVID-19, once again to be allowed present a negative test for the disease in order to enter such establishments.

What’s more, Austria’s unjabbed will not even have to put up with this inconvenient measure for long, with the use of vaccine passes in the country set to be all but abolished on March 5.

The almost complete removal of vaccine passes from Austrian life will coincide with the abolition of the vast majority of Austria’s other COVID lockdown rules, such as a curfew on the nation’s hospitality sector.

Some rules will nevertheless remain in place, however, including the mandatory use of high-class FFP2 masks on public transport and in supermarkets.

The use of COVID certs will also be maintained with hospitals and nursing homes within the country, while entering Austria from abroad will also reportedly require either proof of vaccination, recovery, or a negative COVID test.

Forced Vax had ‘No Effect’ On Jab Uptake in Austrian Capital – Claimhttps://t.co/EU17BmASff

While Austria had already returned limited freedoms to the nation’s unvaccinated earlier in the year, this announcement marks a significant u-turn on the nation’s approach to dealing with unvaccinated individuals.

However, despite these relaxations, authorities still seem to remain adamant about its continued regime of forced vaccination.

Vaccination against the Chinese Coronavirus has been mandatory for all over-18s within the country since February 5, though the use of penalties — including fines of up to €3,600 — has yet to come into effect.

While authorities in the country have emphasised that the forced vax rules are not “a short-term measure, but a medium-term perspective” that is required to tackle COVID, Karl Nehammer — who serves as the nation’s current chancellor — has emphasised that a commission of experts is to be set up to continuously analyse the constitutionality and necessity of compulsory vaccination within Austria.

The Chancellor claims that an initial assessment of the rules is expected on March 15, shortly before penalties for the unjabbed are expected to come into force.

This reassurance that the rules are to be constantly reexamined comes hot on the heels of a report by Kronen Zeitung which claimed that the forced vax rules currently in place have not had a positive effect on vaccine uptake in the nation’s capital of Vienna.

According to the publication’s report — which was based off data received from a government official — there has been  “no mandatory vaccination effect – and if there is, then rather in the other direction”, with figures trending slightly downwards since the implementation of the measure.

0 30
Why States Should Protect Religion As ‘Essential’ During Emergencies 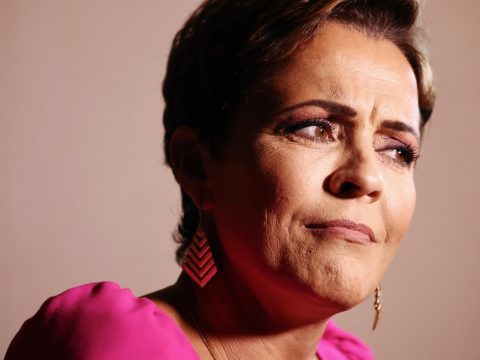 0 32
BOOM! Rudy Giuliani UNLOADS on “Liar” Mitch McConnell: “I Never Liked Liars Whether They Posed as Senators or Anybody Else” (VIDEO)