Actor Mark Wahlberg said he was grateful for so much as he congratulated his son, Michael Wahlberg, and all the other young people who have chosen to commit to the Lord.

In a video posted Sunday on Instagram, the 50-year-old wrote, “Congratulations to Mikey and everyone who made their confirmation” as he got down on his hands and his knees to express his “gratitude” from Europe. It was after his 16-year-old son was confirmed into the Catholic church as he’s decided to live the rest of his life as a Catholic after being baptized into the religion when he was younger.

Confirmation is described by Catholic.com as “a sacrament in which the Holy Ghost is given to those already baptized in order to make them strong and perfect Christians and soldiers of Jesus Christ.”

“Good morning from Europe,” Wahlberg explained. “I just got down on my hands and my knees to express my gratitude on a beautiful day. Congratulations to my son Michael for making his confirmation.”

“All the young people out there who are confirmed and taking their relationship with the Lord into their adulthood, what a commitment you guys have made,” he added. “Congratulations to all of you.”

The “Father Stu” star, who is from Boston, closed out his post by also giving thanks after learning that the Celtics had won the Eastern Conference and were headed to the NBA Finals, sharing that “lots of prayers answered”…God Bless you all.”

He also told his followers that he had been “listening to a beautiful prayer” on the Hallow app, which the company describes as a “Catholic Prayer & Meditation App.”

In April, Wahlberg, a proud Catholic, encouraged his 18 million followers to “stay prayed up” and say the Rosary with him, as he mentioned the app, as previously reported by The Daily Wire.

“I’ve been getting a lot of messages from people who have been praying every day and finding peace,” Wahlberg posted on social media. “And especially sending wonderful messages about doing the Rosary with me on the Hallow app.”

All copyrights and legal uses attributed to content are located at the article origination: © Daily Wire, Mark Wahlberg Congratulates Son And Other Young People Who Have Chosen To Commit To The Lord 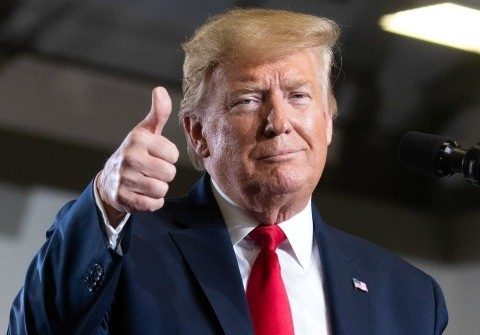